A Brief History Of Basketball Shoes And The NBA 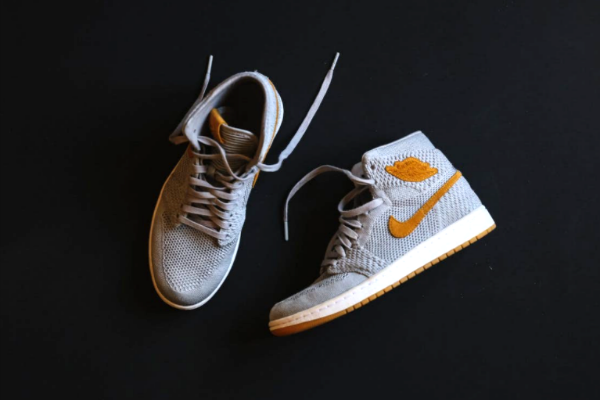 These shoes have become the most popular sportswear with good reason: they are versatile, trendy, and fashionable: it is not uncommon to wear basketball shoes off the field. With that in mind, let’s look at the history of basketball shoes and the NBA.

It Started With Converse

Taylor sold the shoes himself while teaching the fundamentals of basketball in high schools throughout the country. Although converse basketball shoes were first known as “Non-skids” due to their canvas upper and rubber sole, it did not take long before the sneakers were popularly known as the “Chuck Taylors” or “Chucks.”

Converse also released another version of the Chuck, “DR.J. Pro Leather,” in 1976. However, Tree Rollins was the last NDA player to wear the shoes on a basketball game during the 1979 and 1980 seasons. The shoes were replaced by leather and suede versions since they were a better fit for athletic purposes.

Nonetheless, Converse shoes became (and are still a popular) fashion choice and high-top sport sneakers. In the beginning, these shoes were only available in black and white. Converse only produced versatile colors towards the end of the decade.

Chuck might have been the first basketball player to have his name on a shoe, but Walt Clyde Frazier was the very first from the NBA to create their signature shoe design. This happened in 1973 when the company Puma offered Clyde his very own signature shoe, The Puma Clyde.

At the time, Clyde was playing for the New York Knicks. The Puma Clyde became the most popular basketball shoe of the 70s because it had a better design than the Chuck. The shoe had a suede upper, and it had a better stance due to its wider sole.

Nike followed Converse in 1972 and 1978 with two versions of basketball shoes: the Nike Bruin and The Blazer, respectively. Both pairs were made of leather, thus creating the Nike basketball shoe legacy.

Nonetheless, Nike later used low leather and suede to release newer versions of The Blazer and Nike Bruin. Even though Nike was becoming a famous brand in basketball in the 1980s, it wasn’t until its partnership with North Carolina’s skinny young ballplayer that the company was propelled by cash and popularity.

This player was the young Michael Jordan, who at the time played for the Chicago Bulls.  Jordan’s collaboration with Nike introduced the Air Jordan basketball shoe in 1982 that became the signature shoe of the decade.

Since then, Nike has a history of integrating the most prominent basketball players into their marketing campaigns.

Converse started its basketball shoe design using canvas upper and rubber sole. Puma then created a shoe design with a wider sole and a suede upper. Nike followed using leather, low leather, and suede. The shift in material happened because leather and suede were better choices for athletes.

Nike’s innovative shoe construction in the 80s inspired the use of high tech and science in the design and manufacturing of basketball shoes. The goal was to experiment with materials that offer more flexibility and support and give players an extra spring in their jumps.

Besides, the shoes also lasted longer because of the durability of the leather material. Basketball did shape sneaker history. But Nike has continued to be the driving force of innovation for NBA basketball shoes to this decade.