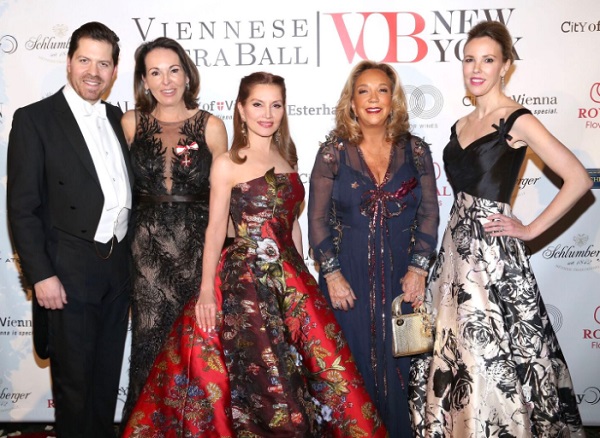 The event was under the patronage of The President of the Republic of Austria, H.E. Alexander Van der Bellen. Actor Nathan Lee Graham emceed the Ball, celebrating the cultural and economic relationships between Austria and America, connecting two continents, two cities and two centuries in one glamorous evening.

“There is nothing like this in America with pageantry that could only come from the Habsburg Royal Houses” said President and Executive Director Silvia Frieser, “Just as in Europe, the celebration began with our Debutantes, wearing beautiful tiaras donated by Austrian jewelry company Ciro and white gowns, dancing the Polonaise and Alles Walzer with their partners in white tie.” Artistic Director Daniel Serafin presented an operatic concert with Ewa Płonka, Limmie Pulliam, Michael Spyres and Corinne Winters performing alongside a full orchestra conducted by Matthias Fletzberger. At Midnight, a Quadrille that enlivened the dance floor until 4 am. 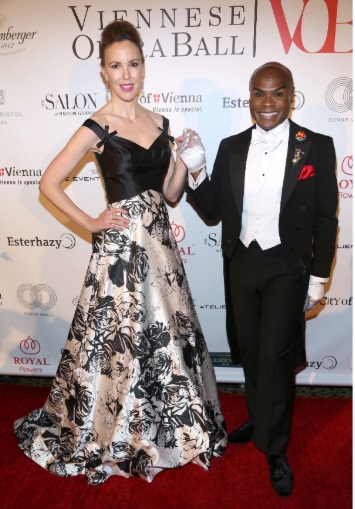 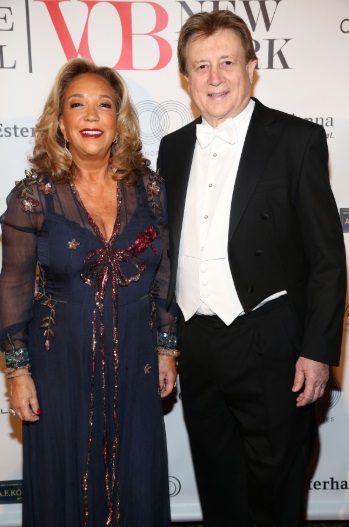 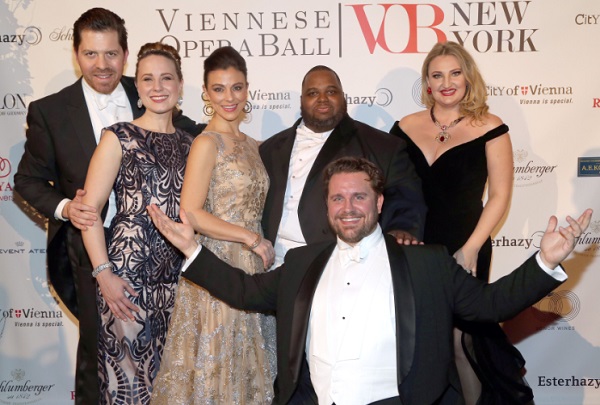 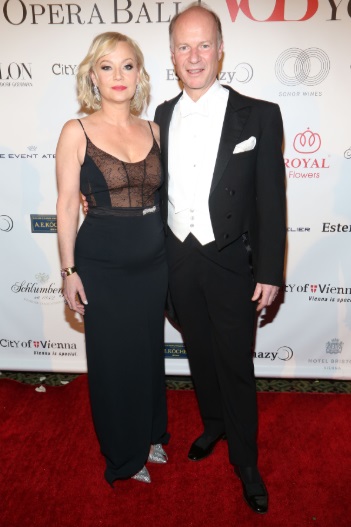 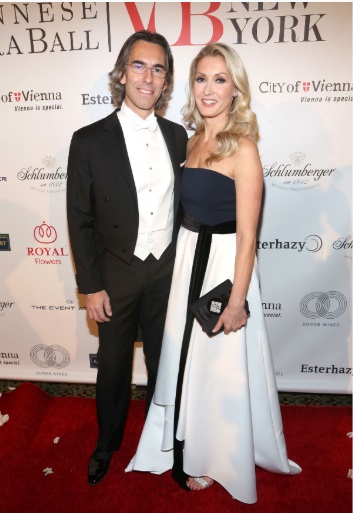 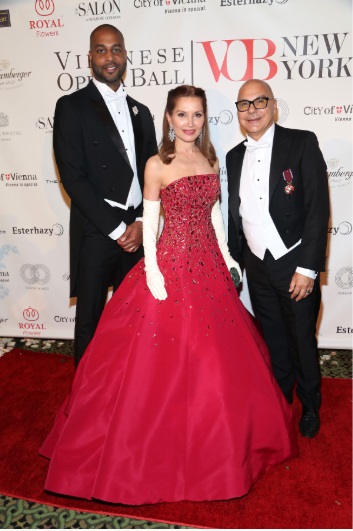 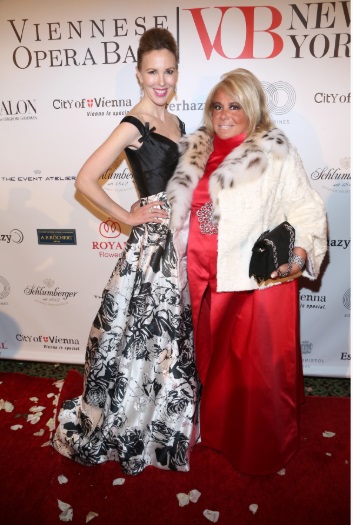 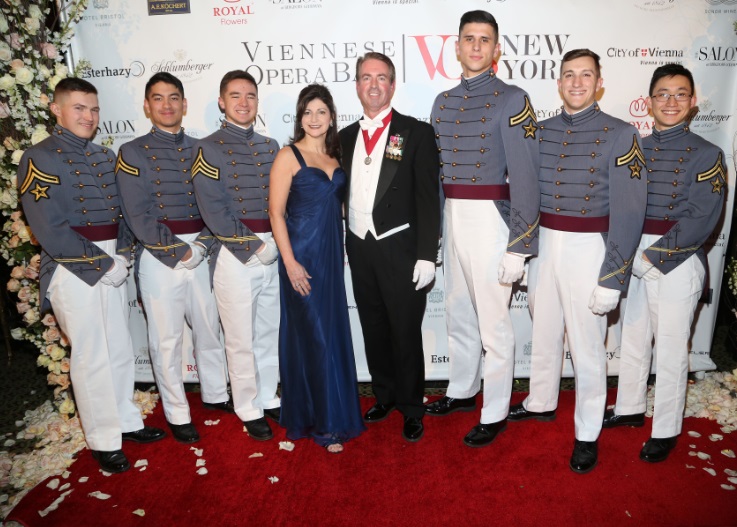 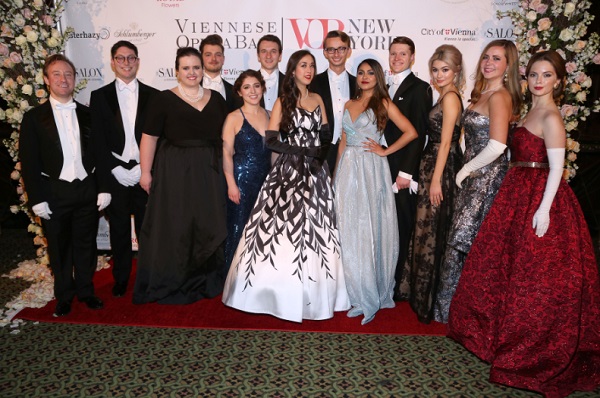 The Viennese Opera Ball proudly supports charitable projects of New York and Vienna. This year, appropriately benefiting the musical therapy program at Memorial Sloan Kettering Cancer Center through Denise Rich’s Gabrielle’s Angel Foundation for Cancer Research. While the Viennese Opera Ball is inspired by the famous Vienna Opera Ball in Austria, it is older and it’s own American 501 (c)(3) not for profit foundation, held under the auspices of the U.S. Austrian Chamber of Commerce.

Sponsors included The City of Vienna, Royal Flowers, A.E. Koechert, Aida, as well as a selection of donated Austrian wines and spirits by Schlumberger, Sonor Wines, Esterhazy, Rick Gin and Manufaktur Mueller, and Hallstein Water. The debutantes wore beautiful donated tiaras by Austrian jewelry company Ciro, and were exclusively styled, together with the opera singers, by The Salon at BG. 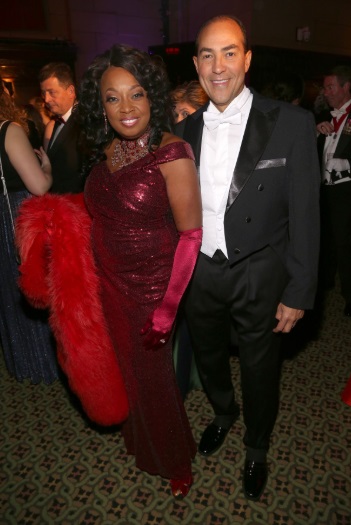 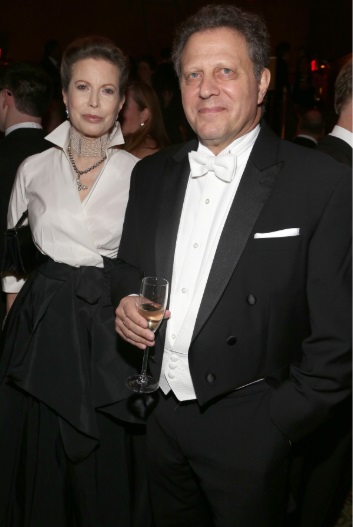 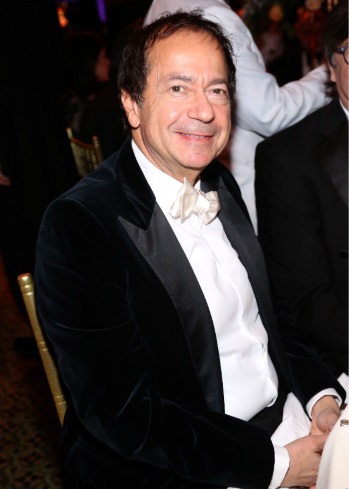 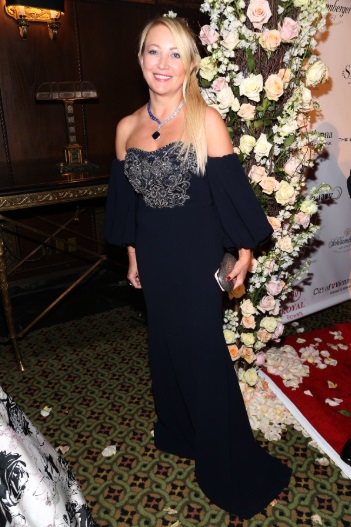 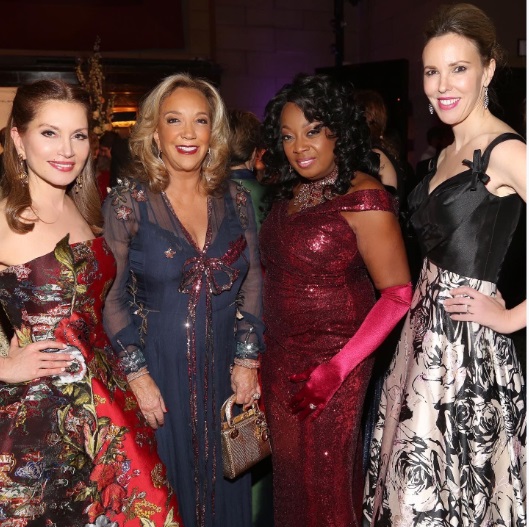 Gabrielle’s Angel Foundation for Cancer Research was created in 1996, when Grammy-nominated songwriter and philanthropist Denise Rich lost her daughter Gabrielle, a vibrant 27-year-old actress and Hodgkin’s lymphoma survivor, to acute myelogenous leukemia. Gabrielle’s mother and sisters, Daniella Rich Kilstock and Ilona Rich Schachter, believed the best way to honour Gabrielle’s memory was to create a Foundation that would fund the best and brightest scientific researchers with the hope that less toxic treatments, and ultimately a cure, might be discovered.

The Viennese Opera Ball, an annual white-tie charity gala celebrates the cultural and economic relationships between Austria and America, connecting two continents, two cities and two centuries in one glamorous night. It was founded by Austrians immigrating to the United States 65 years ago, and is a tribute to both their former home town Vienna and their host city, New York.

Considered the most prestigious and oldest Viennese ball outside of Vienna, the gala draws an international audience that includes diplomats and dignitaries, international corporations and professionals. Performances by Metropolitan opera singers, the Viennese Opera Ball orchestra, ballet performances, the West Point color guard, midnight Quadrille and many more surprises contribute to a glamorous and delightful night.