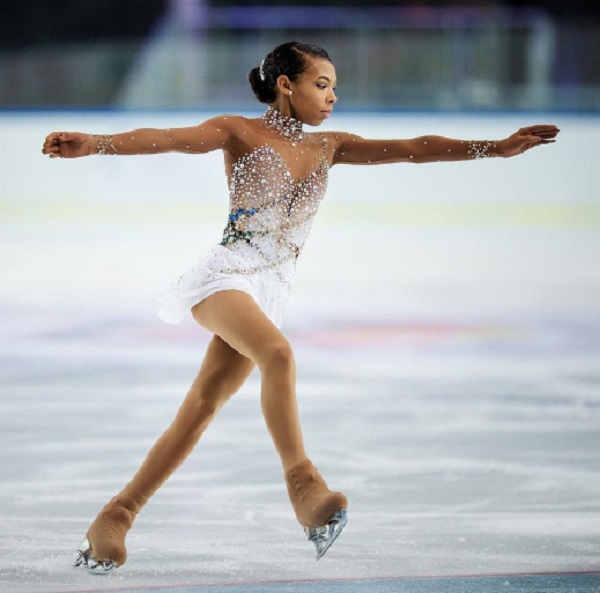 Starr Andrews, 2018 U.S. National competitor and 2017 U.S. Junior Silver Medalist, is taking time out of her busy training schedule to spend time with the girls at Figure Skating in Harlem. Andrews will be making an appearance at the Figure Skating in Harlem (FSH) Academic Center on Thursday, July 12th and will be sharing her experiences as a member of Team USA following her first year as a senior-level skater.

At the age of 9, Starr became a viral sensation with her “Whip My Hair” program, garnering her over 54 million views on YouTube. Since then, Starr has been recognized as a raw talent and talked about on every social media platform by Ryan Seacrest, Lipstick Alley, Vibe, World Star Hip Hop, Black Celebrity Kids, and many more. She has attracted fans all over the globe from New York to Japan. Her mother, Toshawa Andrews, also a former figure skater, suffers from a cardiac microvascular disease which has led to a dozen heart attacks. Her mother’s fight for life has sparked Starr’s tenacity on the ice inspiring her to work to her full potential every single day. Starr hopes to compete in the 2022 Winter Olympics in Beijing for Team USA.

Figure Skating in Harlem is the only organization for girls of color that combines the power of education with access to the artistic discipline of figure skating to build champions in life. FSH helps girls transform their lives and grow in confidence, leadership and academic achievement. FSH was the first community organization to receive the United States Olympic Committee’s Rings of Gold Award and has been recognized by CNN heroes and ABC News Nightline, among others.

Ice Dreams is produced by Fireworks Sports & Entertainment, a well-recognized leader in the production of ice shows around the country featuring Olympic and world-class skaters in addition to local youth with the goal of empowering the future stars of tomorrow.