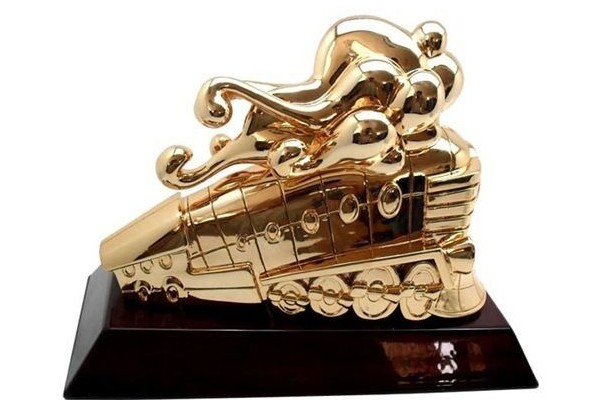 Today, BET announces the return of the 2021 “Soul Train Awards” from a new location, the World Famous Apollo in New York.

For the first time in its 33-year history, the annual celebration will tape in New York City, joining forces with the non-profit Apollo, now in its 88th year and widely considered the soul of American Culture, for one of its first in-person events in 2021. Celebrating the best in soul music and the television show’s 50th anniversary, the “Soul Train Awards” recognizes the best in Soul, R&B, and Hip Hop from both established industry legends and the next generation of promising artists. The 2021 “Soul Train Awards” premieres Sunday, November 28 at 8 pm ET/PT on BET and BET Her.

“Don Cornelius’ brilliant vision created a revolutionary show that became a cornerstone in American culture. Fifty years later, the Soul Train Awards continues to amplify his powerful message of Love, Peace & Soul to a global audience,” said Connie Orlando, EVP Specials, Music Programming & Music Strategy. “We are honored to be a part of the Soul Train legacy and partner with the national treasure that is the Apollo to celebrate Black excellence and culture with one unforgettable night of can’t miss moments.”

“The Apollo has long been a center of Black cultural and creative innovation for Harlem, the city of New York, and the world. It has provided a platform for Black artists at all stages of their careers, and a gathering place for audiences to express themselves freely,” said Apollo Executive Producer Kamilah Forbes. “The Apollo is thrilled to partner with BET to host the Soul Train Awards, bringing together three iconic brands that represent Black culture and excellence under one roof. This is an occasion to celebrate, and we look forward to the incredible performances that will light up our stage during the Soul Train Awards.”

Jesse Collins Entertainment (JCE) is a full-service television and film production company and has played an integral role in producing many of television’s most memorable moments in music entertainment. The Emmy® nominated company has a multi-year overall agreement with ViacomCBS Cable Networks. On the theatrical film side, the company also has a first look on JCE’s film development projects which could include Viacom’s film entities such as Paramount Players. The award-winning and critically acclaimed television that JCE has produced includes miniseries—”The New Edition Story” and “The Bobby Brown Story;” scripted series—”American Soul” and “Real Husbands of Hollywood;” unscripted series – “Cardi Tries;” children’s series—”Bookmarks: Celebrating Black Voices;” award shows—”BET Awards,” “Black Girls Rock!,” “BET Honors,” “UNCF’s An Evening of Stars,” “BET Hip Hop Awards,” “ABFF Honors” and “Soul Train Awards;” specials—”John Lewis: Celebrating A Hero,” “Love & Happiness: An Obama Celebration,” “Change Together: From The March On Washington To Today,” “Stand Up for Heroes,” “Dear Mama,” “Amanda Seales: I Be Knowin’,” “Def Comedy Jam 25” and “Leslie Jones: Time Machine;” as well as competition/game shows—”Sunday Best,” “Hip Hop Squares,” “Nashville Squares” and “Rhythm & Flow.” Jesse Collins, founder and CEO of the company, is the executive producer of all programming. He is also a co-executive producer for the iconic Grammy Awards. Most recently, he was executive producer of The 2021 Pepsi Super Bowl Halftime Show and produced The 2021 Academy Awards. He will next executive produce the 2021 American Music Awards. Go to jessecollinsent.com for more information on the company.

The non-profit Apollo is a performing arts presenter, commissioner, and collaborator that also produces festivals and large-scale dance and musical works organized around a set of core initiatives that celebrate and extend Apollo’s legacy through a contemporary lens, including the world premiere of the theatrical adaptation of Ta-Nehisi Coates’s Between the World and Me and the New York premiere of the opera We Shall Not Be Moved; special programs such as the blockbuster concert Bruno Mars Live at the Apollo; 100: The Apollo Celebrates Ella; the annual Africa Now! Festival; bi-annual women of the World (WOW) Festival; as well as other multidisciplinary collaborations with partner organizations. Since introducing the first Amateur Night contests in 1934, the Apollo has served as a testing ground for new artists working across a variety of art forms and has ushered in the emergence of many new musical genres—including jazz, swing, bebop, R&B, gospel, blues, soul, and hip-hop. Among the countless legendary performers who launched their careers at the Apollo are Ella Fitzgerald, Sarah Vaughan, Billie Holiday, James Brown, Stevie Wonder, Gladys Knight, Luther Vandross, H.E.R., D’Angelo, Lauryn Hill, Machine Gun Kelly, and Miri Ben Ari; and the Apollo’s forward-looking artistic vision continues to build on this legacy. For more information about the Apollo, visit www.ApolloTheater.org.

“Soul Train” was created in 1971 by visionary Don Cornelius and predominantly featured performances by R&B, pop, soul, and hip-hop artists, in addition to the occasional funk, jazz, disco, and gospel artists. When the final episode of the show’s historic thirty-five-year run aired in 2006, it was the longest running first-run, nationally syndicated program in television history. “Soul Train” highlighted a cast of incredible, ethnically diverse dancers who famously introduced the world to a whole new series of dance moves and styles on a weekly basis. Cornelius opened every show welcoming the audience to “the hippest trip in America” and closed each show wishing the audience “love, peace and soul.” Today, the legacy of “Soul Train” lives on through the legendary Soul Train dance line, which has become a timeless staple on dance floors across America. In 2016, BET, acquired the “Soul Train” brand and remains dedicated to revitalizing the brand while also honoring its heritage.

SOUL TRAIN HOLDINGS, LLC was formed in May 2008 and is owned by InterMedia Partners and a partnership between Magic Johnson Enterprises and Ron Burkle’s investment firm, The Yucaipa Companies. The iconic franchise and catalog consist of more than 1,100 episodes and 40 specials from Don Cornelius Productions, Inc. Soul Train is the longest-running, first-run, nationally syndicated music program in television history. During its 35-year run, the show featured lasting innovations such as the Soul Train line and the legendary sign-off “Love, Peace and Soul.” At the heart of the show was Don Cornelius, the dancers and influential artists such as James Brown, Al Green, Ike & Tina Turner, Hall & Oates, Donna Summer, Marvin Gaye, The Jackson 5, Aretha Franklin, Stevie Wonder, Elton John, Whitney Houston, David Bowie, Prince, Run D.M.C. and Destiny’s Child.