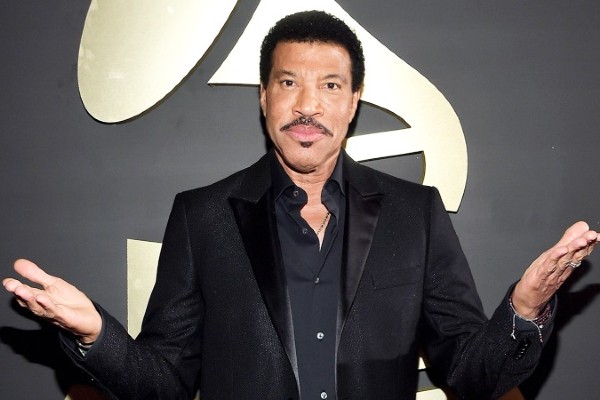 While Lionel Richie has played the Apollo Theatre many times, and his American Idol colleagues continue their mission to discover music’s next superstar, today marks the 25th anniversary of Louder Than Words.

Louder Than Words hit the Top-30 Billboard album that ushered in a new chapter for one of the most successful Pop and R&B artists of all time.

Island Def Jam Music Group/UMe will celebrate this era in Lionel Richie’s illustrious career with digital deluxe editions of multiple albums throughout 2021, including Just For You (May 7) and Time (June 25).

Each of the bonus tracks on the digital deluxe editions of Louder Than Words, Just For You, and Time will make their streaming debut.

Kicking off these releases will be the 25th anniversary expanded digital deluxe edition of Louder Than Words, Richie’s fourth solo studio album and first for Mercury/Island Records, originally available on April 16, 1996.

Available here, Louder Than Words, which at the time was Richie’s first full album in 10 years, features “Don’t Wanna Lose You,” co-written by Lionel Richie, Jimmy Jam and Terry Lewis. Also featured are “I Wanna Take You Down,” “Paradise,” “Climbing,” “Ordinary Girl,” and Lionel Richie’s work with Babyface and David Foster.

The bonus tracks include rare Spanish and Italian language versions of “Still In Love,” the radio version of “Don’t Wanna Lose You,” and non-album cuts “What Do They Know” and “Now You’re Gone.”

Louder Than Words enhances Richie’s smooth R&B style with traces of funk and hip-hop for an emotional journey through heartbreak, anticipation and romance that speaks volumes.

The expanded digital deluxe edition of Just For You, available on May 7, features three international bonus tracks and several multi-genre remixes of the title song, plus an exciting live version of Richie’s global favorite, “All Night Long (All Night),” recorded at London’s Wembley Stadium.

Originally released on Island Records in 2004, Just For You showcases what has long been a Richie trademark: the ability to cross musical genres and defy boundaries to craft pop perfection. “I Still Believe” brings a touch of gospel to the power of a loving relationship.

Elsewhere, from the wistful “Long Long Way To Go,” ever-hopeful “Just To Be With You Again,” orchestral “Time of Our Life,” featuring Lenny Kravitz and blues-rocker “Outrageous,” Lionel Richie effortlessly shifts from intimacy to anthemic.

That same month, on May 21, UMe will make available digitally for the first time in North America Lionel Richie’s original 2008 release, Symphonica in Rosso, an exciting live recording featuring Richie, backed by his band and a powerful orchestra, singing dramatic orchestral renditions and re-energized arrangements of his biggest hits at the Ziggo Dome in Amsterdam, Netherlands.

In addition to head-turning versions of “Endless Love,” “Dancing on the Ceiling,” “Don’t Stop the Music,” Love Will Conquer All,” “Easy,” and many more, the album includes “Face in the Crowd,” a live duet with Dutch singer Trijntje Oosterhuis, who would go on to perform a studio version with Lionel Richie on his 2009 album Just Go.

Richie has composed some of music’s most popular songs, and on Time, originally a Mercury Records/Island Def Jam Music Group release in 1998, his insights are as relevant as ever.

The lead track, for example, responded to gun violence, prejudice, and lives taken from loved ones all too soon with a plea to a adopt the more tolerant mindset and, perhaps, presciently, consider “Zoomin’” – an update of the Commodores’ classic “Zoom” – to a better place.

From R&B gems (“I Hear Your Voice,” “Every time”) to gentle ballads (“Forever,” “The Closest Thing to Heaven”), and the ticking clocks leading into the title track (“Time”), the album captures the movement of life through joyful experiences, unexpected heartache, struggle and love.

Time also features Lionel Richie performing “Lady,” which he originally wrote and produced for Kenny Rogers, who made it a No.1 hit in 1980.

Bonus tracks premiering on digital streaming services on June 25, 2021, include the international bonus track, “There’s A Place;” various remixes of the title song from Paul Waterman and Andrew Frampton, Todd Terry and more; a rare, sought-after “Hustler’s Convention DMC Mix” of Lionel Richie’s iconic “All Night Long (All Night); and live tracks recorded in Milan in ’98.

With more Island releases to be announced, UMe continues to showcase Lionel Richie’s solo career with new HD remastered videos from across his impressive catalog premiering on his official YouTube channel. The HD version of the hit single “Hello,” which topped three different Billboard charts during its initial 1984 release from the Diamond-certified Can’t Slow Down album, has reached 14 million views in five months.

Additional HD remastered videos include “Penny Lover,” the final single from Can’t Slow Down, available now; and Lionel Richie’s live performance of “Easy” at the legendary New Orleans Jazz & Heritage Festival, the city’s first after the devastation of Hurricane Katrina, May 7, 2006, which will premiere May 21, 2021, in time for the fourth-season finale of ABC’s American Idol, scheduled for May 23.

International superstar Lionel Richie has a discography of albums and singles that are second to none. His music is part of the fabric of pop music.

With more than 125 million albums sold worldwide, an Oscar®, a Golden Globe®, six Grammy Awards®*, the distinction of MusicCares Person of the Year in 2016, and Kennedy Center Honoree in 2017.

In March 2018, Richie put his handprints and footprints in cement at the TCL Chinese Theatre IMAX in Hollywood, one of the oldest awards in Hollywood. He recently received the Ivor Novello PRS for Music Special International Award. The Tuskegee, Alabama native is a true music icon.

Lionel Richie is known for his mega-hits such as “Endless Love,” “Lady,” “Truly,” “All Night Long,” “Penny Lover,” “Stuck on You,” “Hello,” “Say You, Say Me,” “Dancing on the Ceiling,” and co-wrote one of the most important pop songs in history, “We Are the World,” for USA for Africa.

His song catalog also includes his early work with The Commodores, where he developed a groundbreaking style that defied genre categories, penning smashes such as “Three Times a Lady,” “Still,” and “Easy.” Richie has had 11 consecutive years where he wrote #1 songs*.

Richie sold out arenas worldwide with a setlist of his brightest and best anthems on his All The Hits, All Night Long Tour.

In recent years, he also headlined festivals including Bonnaroo, Outside Lands, and Glastonbury, drawing the festival’s biggest crowd ever with more than 200,000 attendees.

Richie took fans on a spectacular musical journey with his latest album, Live from Las Vegas along with his most recent tour, the “Hello” tour, which kicked off in Summer 2019.

The album, which was released on August 16, 2019, was #1 on the Billboard Artist 100 chart. The album also marks the legendary artist’s first release on Capitol Records.

Richie was a judge on ABC’s American Idol for the past 3 seasons and has returned to the ‘Judge’s chair for this 2021 season.

He launched his Las Vegas headlining residency show, Lionel Richie—All the Hits in April 2016. In an unforgettable evening featuring his brightest and best anthems which have defined the music icon’s unparalleled career, Richie took his fans on a spectacular musical journey, performing a variety of his seminal hits. Richie’s Back to Las Vegas residency will start back up with newly announced concerts for Fall 2021.