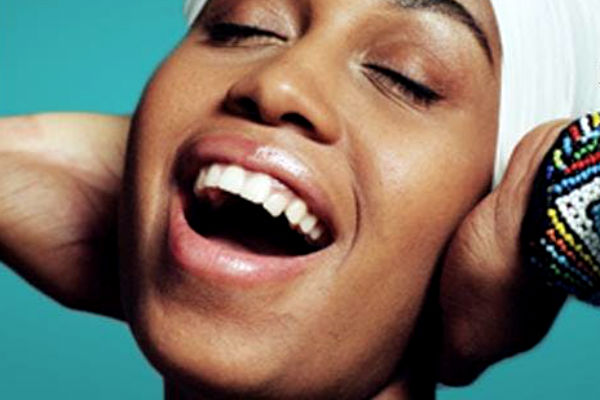 The Schomburg Center’s Annual Women’s Jazz Festival, in honor of Women’s History Month, features some of the best-known and unsung female performers in jazz today.

Join us for a celebration of the three women in the iconic “Great Day in Harlem” photo captured by Art Kane in 1958 with Grammy-award nominated vocalist Jaameia Horn. The image featured jazz icons from Count Basie to Sonny Rollins. But of the many women in jazz at the time, only three are present in the photo, bandleader Mary Lou Williams, vocalist Maxine Sullivan, and pianist Marian McPartland. On our closing night, we’ll celebrate these women, their talents and contributions to jazz.

Before the performance, Jonathan Kane wil present behind the scene photos from that celebrated day in 1958 that is featured in the new book Art Kane Harlem 1958. Books will be available in the Schomburg Shop for signing after the program.

Grammy Award-nominated vocalist Jazzmeia Horn has a name that speaks for itself, capturing her very essence. Since winning the Thelonious Monk Competition in 2015, Jazzmeia’s star has continued to rise, along with her reputation as an artist with an assured maturity and vocal confidence far beyond her years. JazzTimes exclaims that Jazzmeia’s ‘vivacity, imagination, gutsiness and sociopolitical savvy echo the likes of Carter and Abbey Lincoln. Simply put, she is as exciting discovery as Cécile McLorin Salvant or Gregory Porter.’