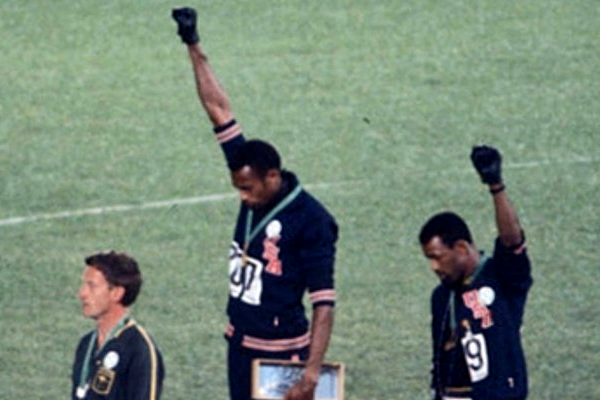 Bounce, the first and only broadcast and multi-platform entertainment network serving African Americans, has acquired the exclusive world broadcast television premiere rights to With Drawn Arms.

The result of a long-term collaboration between Tommie Smith and the artist Glenn Kaino, who co-directs with Afshin Shahidi.

The critically-acclaimed and compelling documentary, produced by Jesse Williams (Grey’s Anatomy, Power) and Oscar®, Emmy® and GRAMMY®-winner John Legend, explores the impact and the legacy of American track star Tommie Smith’s then-shocking symbol of protest against social injustice while receiving a gold medal at the 1968 Summer Olympics.

Bounce also announced that Smith will be one of the four honorees for the upcoming Bounce Trumpet Awards which annually recognize the outstanding accomplishments of African Americans who have succeeded against great odds and inspired success in others. The list of prestigious past honorees includes Rep. John Lewis, Muhammad Ali, Beyoncé, Stevie Wonder, The African-American Women of the United States Congress, Quincy Jones, Maya Angelou, Ambassador Andrew Young, Spike Lee, and many others.

This year’s 29th annual ceremony – entitled The Bounce Trumpet Awards: Stand Up – will honor individuals who have risen to fight social injustice for Black Americans. Smith will be receiving the Xernona Clayton Award of Distinction, named after the esteemed founder of the Trumpets. 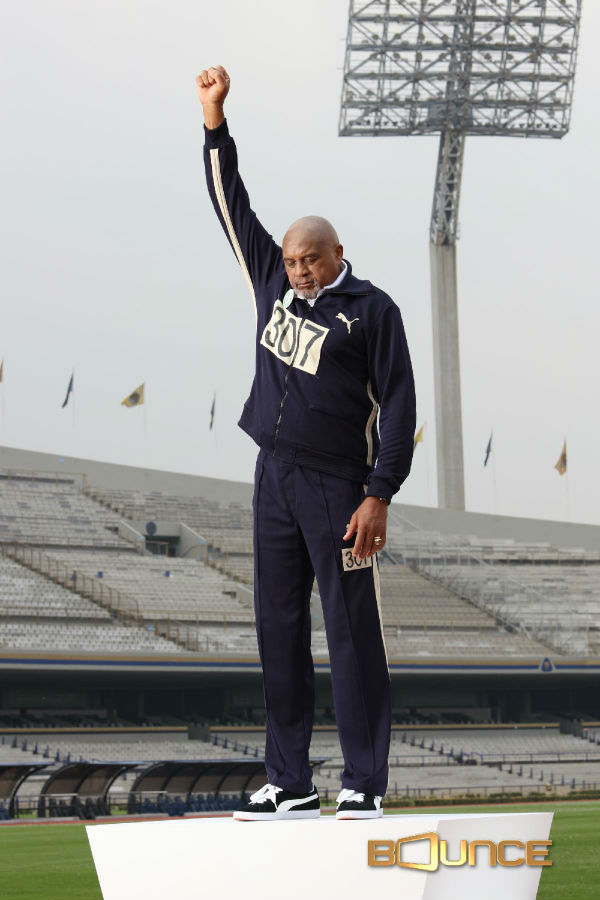 At the 1968 Summer Games in Mexico City after winning the 200-meter race with a world-record time, Smith and teammate John Carlos, who took the bronze, ascended to the podium to claim their medals. As the National Anthem of the United States played, the world watched – and was stunned – as the two men raised their fists to the sky in silent protest against social racism in a move that would echo for more than 50 years and counting.

An official selection of the 2020 Tribeca Film Festival, With Drawn Arms explores the legacy of the iconic fist-raising gesture, following Smith as he looks back at the moment that helped make a statement while providing a symbol of hope.

Bounce (@bouncetv) programming is seen over-the-air, on cable, on DISH channel 359, over-the-top on Roku®, on mobile devices via the Bounce and Brown Sugar apps and on the web via BounceTV.com.