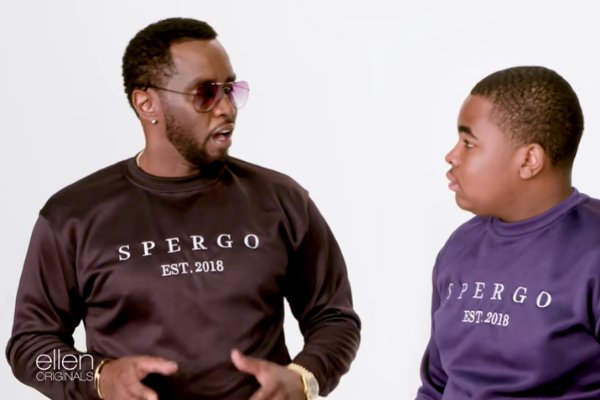 Philadelphia native Trey Brown is the 14-year-old owner of SPERGO, a boutique fashion collection that includes sweatsuits, hoodies, boxer briefs, and accessories for both genders as well as children.

The clothing company has already garnered a loyal celebrity following with people like rapper DaBaby, Meek Mill, and others spotted wearing his brand.

Fashion isn’t the easiest industry to break into. One boy was not only able to beat the odds and launched his own clothing brand, but he also was able to catch the eye of music and fashion mogul Sean “Diddy” Combs.

Power, Strength, and Courageousness, SPERGO is a comfortable approach to designer fashion. Under the vision of CEO Trey Brown and creative director Sherell Peterson.

14-Year Old CEO Trey Brown is showing people all over the world that you can be successful doing positive things!

“SPERGO was started in January 2018 with Trey’s birthday money of $178. He wanted to empower youth that be the example that you can do great things at any age. His brand combines luxury and urban activewear.

On a recent appearance on Ellen, Brown discussed how Diddy was one of his biggest inspirations and fueled his desire to open a business at an early age.

“When I started, I looked at Mr. Sean for inspiration,” he said on the show according to AfroTech. “He’s from New York. He’s a hustler, just like me.”

Ellen then revealed that she had arranged for Brown to meet his idol and presented him with a business grant to expand his company.

“This kid would call me every single day. I don’t know how he got my number. And he didn’t regular-call me neither,” Diddy said on the show before presenting Brown with a $25,000 check.

“He would FaceTime me and I was just blown away by his tenacity, by his focus, the quality of his manufacturing, you are a prime example of who we are going to be giving out Black Excellence Entrepreneurial grants to.”