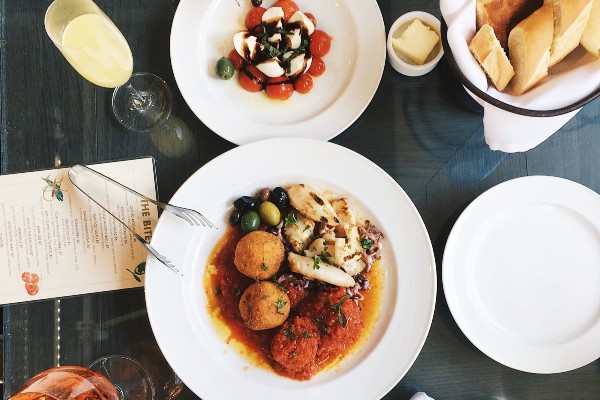 Confused about which dishes to try during your visit to the Dominican Republic? Let us guide you.

The culinary heritage of the Dominican Republic has always been very rich. Their dishes are a great blend of its various cultures, from European, Taino, and African cultures to influences from immigrants settling in the Dominican Republic from Asia, the Middle East, and the Mediterranean. This has a great influence on the gastronomy scene.

They have so many remarkable dishes that people often get confused about which one to try while visiting the Dominican Republic. Of course, you can chow down on some great items at Dominican restaurants, but nothing can beat foods from the source. Today, we have put together 12 dishes that you must try on your next vacation.

Tostones are available in many other Latin American countries as well. You will find them sold in Dominican resorts and restaurants as well as roadside typically served as a side dish with fried chicken and other meat items, or as a part of a heavy meal.

They are made from unripe plantains. After taking the plantains out of the frying pan, they are flattened, making them crunchy on the outside but soft on the inside. Spray on lots of mayonnaise and ketchup like the locals, and enjoy! It is definitely one of the best-fried snacks in the Dominican Republic.

This pasteles, African-influenced dish is one of the most popular side dishes from the Dominican Republic. It contains a pile of mashed green plantains, topped with red onions sauteed in a vinegar sauce. At first, the plantains are peeled, boiled in water, and then ground together into a yummy soft mash.

It is popular for breakfast, together with a side dish of fried salami, fried cheese, and fried eggs, widely known as “los tres golpes,” or the three hits. While in the Dominican Republic, you will find it served as part of the breakfast buffet at hotels and resorts countrywide, as well as local restaurants. Even though mangu is popular for breakfast, sometimes it is found on the dinner table as well.

Sancocho is a traditional root vegetable and hearty meat stew, typically served on special occasions and mostly in December and January, when families get together for the holidays and the weather is cooler.

It is a Dominican delicacy with multiple recipes, although it is mostly cooked with corn, yucca, cilantro, Aoyama (West Indian pumpkin), and several other delicious vegetables. Beef is the main meat traditionally, however some recipes contain 2-7 other sorts of meat including pork and chicken.

There are a lot of Dominican rice items, but arroz blanco is the most popular and important of them all. The rice of arroz blanco is firm but thoroughly cooked, the grains are completely separated from each other, and there is a layer of concon which is crispy and golden in color.

Moreover, it is the base of ”la bandera Dominicana” or Dominican flag, which is a traditional Dominican lunch meal containing “habichuelas guisadas” (stewed beans), res guisada or pollo guisado (braised beef or chicken), white rice, and salad.

Beans are staple ingredients of Dominican food items. People eat “habichuelas guisadas” along with rice dishes, popularly with arroz blanco. However, that’s an important part of la bandera Dominicana as well as the traditional lunch meal of DR.

Related:  Children's Bedrooms: How To Design A Healthy Sleep Environment

With slight modifications in the seasonings, elements, and spices, every household in Dominica has their very own version of “habichuelas guisadas” and everyone claims their version is quite the best one. Beans are a low-cost, ample source of protein, and they are very popular in Caribbean and Latin American cuisine as well.

Chicken is abundant, inexpensive, simple, and quick to cook. This is probably why it is one of the most served meats in the Dominican Republic. Pollo guisado is a fall-off-the-bone chicken meal with great flavors, usually served with a sauce. It is a part of the traditional Dominican lunch menu.

It is a thick stew with chicken and rice, or sometimes shrimp. It is one of those dishes that you enjoy eating on a rainy day. Sliced avocado increases the taste of this dish to an entirely new level.

If you visit the Dominican Republic, you just can not leave without trying a chimichurri, simply referred to as a chimi. It is basically the star of street foods on the island. Topped with shredded cabbage, tomatoes, and onions with a sauce of ketchup and mayonnaise, chimis will change your life.

Almost all the restaurants serve a salad with the main meal. There are many available versions of ensalada verde. In one recipe, shredded cabbage may be the base ingredient, whereas lettuce may be the base in another. Tomatoes are a mandatory ingredient. Other ingredients like onions, cucumber, radish, boiled beets, and bell pepper may also be added.

Dominican cake or Bizcocho Dominicano is the core of many Dominican celebrations. From birthdays to weddings, it is mandatory for all occasions. It is not an ordinary cake. Its buttery texture and traditional pineapple filling make it delicious enough to question your cooking skills.

It is a tasty bean dessert made in large quantities in different households, mostly during Lent, and shared among family, friends, and close ones. Ingredients of this delicious item are boiled red kidney beans, coconut milk, condensed milk, sugar, salt, raisins, cloves, vanilla, and cinnamon. It is cooked in a large dish adorned with cookies and served cool.

It was really tough to choose only 12 items. There are a lot of other items that are just as delicious. We hope you find the opportunity to try our recommended dishes. Happy eating!