What You Should Know About Nicotine Pouches 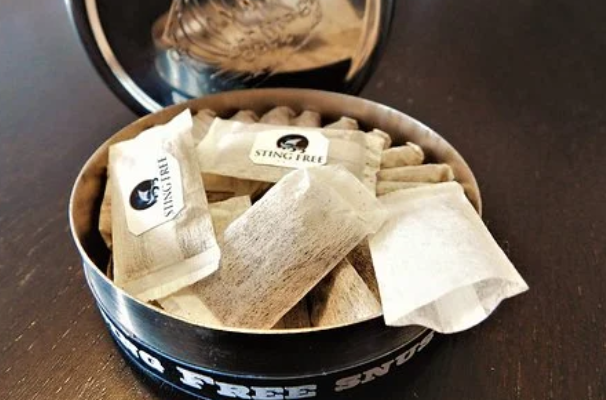 All over the world, people are starting to wake up to the downsides of smoking. A lot of the previous generation knew what was happening, but there was a barrier to stepping away.

There was a “cool” factor that we now roll our eyes at. Truth be told, it was real. Nowadays it’s less of a thing. People are starting to move to alternatives. Alternatives are safer, less obnoxious, and ultimately more eco-friendly than their combustible counterpart. The fastest rising star in the alternative nicotine delivery world is nicotine pouches. They’re sleek, they’re discreet, and they’re rapidly gaining popularity across all age groups. If you’re not familiar with them, here’s a quick rundown of what they’re all about.

Nicotine pouches are massively popular in Scandinavian countries. That’s where most of the hype is generated from. There’s this massive demand that’s coming along with the new embrace of more ecologically conscious choices. Plus, it’s technically been a Scandinavian specialty for years. They’re local staples. As the other Western nations started to catch on to the healthier alternatives to smoking, all they had to do was turn to their neighbors in the north. They had the answer all along. Now, you can get a set of Nordic Spirit nicotine pouches online and without all the hassle. Anyone familiar with specialty smoke shops has heard of nicotine pouches and other solid brands. Now, the trend has even reached the United States.

Contrary to popular belief, nicotine pouches and American “dip” is not the same thing. It’s far from it. American dip is merely dried tobacco leaves that are shredded fine enough to be tucked between the gum and the lip. You can’t swallow the juices that run from it, and you’re left with a trail of brown, gooey, grossness everywhere you go. Nicotine pouches are in disposable and biodegradable bags that are pre-measured to give a specific nicotine hit. It’s got a similar burn and trans-oral delivery route. But you can swallow your saliva. You don’t have to spit it out every 5 seconds. You can comfortably have a conversation with it tucked, and people barely even notice it. Like most things American, the dip is obtrusive, loud, and incredibly untidy. Pouches, on the other hand, are more subtle.

The differences between nicotine pouches and other products go down to the preparation technique, as well. When you see cigars or dip, that’s almost always tobacco leaves that have been air-dried. The air-drying process allows for there to be a bit of rot. The subsequent fermentation leads to more acidic leaves, which gets the leaf itself to produce more nicotine. Nicotine pouches source their tobacco from the “wet” method of preparation. The leaves are pasteurized. The end product that reaches your lips is even a bit moist. It’s a completely different system that’s widely ignored in the Latin American and State-side growers. It makes sense in Northern Europe, though. What reliable sun is there year-round to dry the leaves? Not much.

Nicotine pouches are going to grow beyond anyone’s expectations. It’s attractive, safe, and easy. There’s so much to like about it. If you’re now, why don’t you try it out? It’s worth a shot.