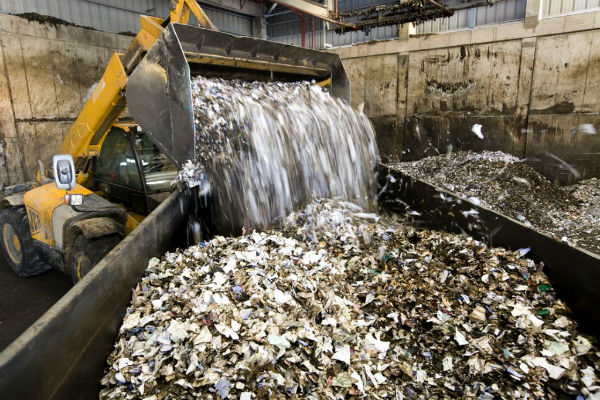 Which will curb the flow of electronic waste (e-waste) to China, where the materials are either discarded in ways that are environmentally destructive or processed through “urban mining” facilities where they are counterfeit or insufficiently refurbished and resold in the market as new; including to buyers in the United States, where the faulty materials have even made their way into critical military equipment.

“There is a bipartisan consensus around the threat that China presents to our critical supply lines, environment, personal information, and national security – I was proud to work with my colleague, Congressman Stivers, on our bill to abate e-waste exports to China. The vulnerabilities presented by China’s handling of American e-waste was illuminated in a 2012 Senate Armed Services Committee Report. But in the nearly ten years since its release, we have yet to take the necessary steps to address the problem,” said Rep. Adriano Espaillat (NY-13). “Our e-waste flow is on track to reach 27 million tons by 2030, and until we turn it off, our national security and environment will be under threat by the malign actors in China. Furthermore, we will continue to miss out on the economic benefits from this industry as China’s e-waste industry is on track to be worth $23.8 billion by 2030. It is beyond time that we take action.”

“For nations who seek to undermine the U.S., one man’s trash is truly another’s a treasure,” said Rep. Steve Stivers (OH-15). “In our efforts to counter China’s growing influence, this bill is an important step. Thanks to Representative Espaillat and all involved for their leadership on this critical issue.”

“We appreciate the leadership of Rep. Espaillat and Rep. Stivers in introducing this important legislation that addresses e-scrap exports by requiring domestic recycling of untested, nonworking e-waste,” the Coalition for American Electronics Recycling (CAER) said in a statement. “CAER includes about 150 e-recycling companies and supporting members across the U.S. “Under SEERA, our industry will play an integral role by providing secure, environmentally sound domestic recycling services, which will enable U.S. recyclers to expand and create up to 42,000 jobs.”

According to a 2012 report by the Senate Armed Services Committee, these counterfeit parts can compromise the reliability of defense systems at the moment we need them most, which is an unacceptable risk for servicemembers who must rely on sophisticated electronic equipment.

The report notes that, ‘much of the material used to make counterfeit electronic parts is electronic waste, or e-waste, shipped from the United States and the rest of the world to China.’

These findings were further framed by a Greenpeace report in 2019, which detailed the increasing size of e-waste exports and found that the e-waste industry in China is on track to be worth more than $23 billion by 2030.

Despite the national security implications, the United States does not currently have a national policy on e-waste exports.

The Secure E-Waste Export and Recycling Act (SEERA) would stop the flow of e-waste from the United States and would require domestic recycling of all untested and non-working electronics, which will also promote the creation of thousands of new jobs in the United States.

By keeping these materials at home, we will keep them out the hands of counterfeiters and data thieves.