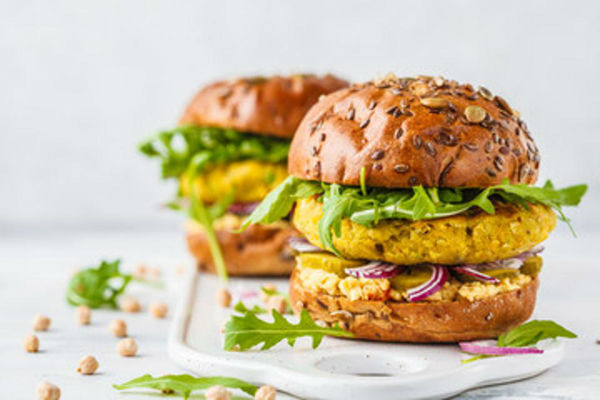 Non-meat eaters run a greater risk of suffering a bone fracture due to lower intake of calcium and protein, suggests a new study by the University of Oxford.

The study, which was published in the journal BMC Medicine, determined that vegetarians had 4.1 more cases of fractures per 1,000 people versus vegans who had 19.4 more cases over a decade.

Compared with meat-eaters, the study found that:

Plant-based diets are gaining popularity for their heart health potential, as well as their potential to lower a person’s risk of death. But a significant number of consumers are buying into what studies like Oxford’s are producing.

In a study by the International Food Information Council, 45 percent of respondents said they considered plant-based protein healthier — and better for the environment — than animal protein.

In its coverage of the study, FoodDive agreed that while consumers believe eating plant-based protein is for the better and studies have shown that substituting animal protein for plant protein is associated with a double-digit reduction in mortality risk and cardiovascular diseases, not every study supports the conclusion reached by the Oxford study.

Other dietary factors play a role

“The University of Oxford study is the latest to cast doubt about at least some of its far-reaching positive attributes. A multinational research team found last year there is insufficient scientific evidence for consumers to reduce the consumption of red meat for health reasons,” wrote FoodDive’s Jessi Devenyns.

“At the same time, not all dietitians agree plant-based alternatives are healthier than meat, with many saying the amounts of sodium and saturated fat in plant-based burgers can be about the same as those made of beef,” Devenyns added reports Consumer Affairs.

Devenyns pointed out that taking a deeper dive into the study shows that dietary factors — including substantially lower intakes of calcium in vegans, lower intakes of dietary protein in both vegetarians and vegans, and the lower body mass index (BMI) of non-meat eaters — may also may contribute to this finding.