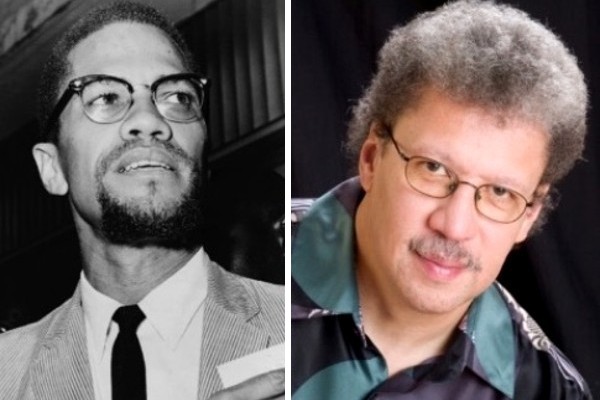 Two of today’s leading innovators on the classical music scene unveiled a new five-year initiative to elevate opera by Black composers. As Told By: History, Race, and Justice on the Opera Stage will feature neglected repertoire, current masterpieces, and new operas by Black American composers that depict vital figures of Black liberation and Black thought across 250 years of history.

Supported in part by a grant from The Andrew W. Mellon Foundation, As Told By includes New England and world premiere performances of five operas, along with commercial recordings. The initiative is one of the most extensive and ambitious presentations of opera by Black composers to take place in Boston and in American opera.

According to Gil Rose, Founder and Artistic Director of both BMOP and Odyssey Opera, As Told By represents a new dimension of BMOP’s mission to celebrate new and underperformed music of the 20th and 21st centuries: “We hope that elevating the voices of Black composers will build momentum for a long-overdue shift to a more inclusive and representative classical music canon.”

The initiative celebrates the significant contributions made by Black artists and composers to American operatic repertoire and aims for a lasting impact through its combination of performances and recordings. As Anthony Davis, one of the composers featured in the series noted: “Black composers writing opera is nothing new, there’s a history there, and I’m honored to be part of that history.” Similarly, composer Jonathan Bailey Holland, whose opera The Bridge will receive its world premiere in 2026 as the fifth opera in the series, commented, “Especially after hearing about the history of the other works that are a part of this collection, and the sparse performance history that there’s been, it feels even more of an honor to be a part.”

As Told By is designed not just to elevate the voices of Black composers but to celebrate contemporary Black creativity in Boston and nationally. Says Rose: “This project constitutes the best possible platform on which to forge relationships with Black-led organizations, Black artists, and communities. Just as we hope to build a more inclusive canon through As Told By, this initiative marks the start of a commitment to build a more inclusive organization—one whose audiences, partners, and supporters see themselves and their interests reflected in our programming and our work.”

BMOP has been applauded for a 25-year commitment to resurrecting forgotten works and casting a spotlight on rarely performed composers. “Much of the most interesting work is being done by groups led by the conductor Gil Rose, whose Boston Modern Orchestra Project continues to shine in overlooked music.” (Gramophone). According to The Wall Street Journal, “BMOP has long been neutral ground in contemporary music’s style wars, offering itself as a safe haven for, and champion of, virtually every ism, and every genre- and era- mixing hybrid that composers’ imaginations have wrought.”

Odyssey Opera, who will partner with BMOP in the production of each performance, has been praised by the New York Times as “one of the nation’s most intriguing opera companies.” Anchored by a commitment to eclectic, adventurous programming that champions new or forgotten works beyond the familiar, Odyssey Opera has been hailed for “consistently top-drawer performances of rarely mounted yet worthy operatic repertoire” (American Record Guide).

Rose notes, “These five exceptional works span eight decades, and were selected to showcase a wide variety of dramatic and musical styles. They offer an exciting cross-section of the dynamic landscape of modern and contemporary opera.” From 2022 to 2026, BMOP will present concert, semi-staged, or staged performances, with production partner Odyssey Opera collaborating on semi- and fully-staged productions.

The series begins with a performance of Pulitzer Prize-winning composer Anthony Davis’s (b.1951) seminal opera X: The Life and Times of Malcolm X (1986) on June 17, 2022, at Boston’s Strand Theatre, a short distance from the house where Malcolm X lived in his teenage years in Roxbury. Bass-baritone Davóne Tines, Musical America’s 2021 Vocalist of the Year, appears in the titular role.

Sadly, Davis’ masterwork, though originally recorded, is no longer available on a commercial label. Davis is now working on a revision of this seminal American opera, and his updated thoughts on this opera will be reflected on BMOP/sound’s release.

BMOP’s performance of Guggenheim Fellow Nkeiru Okoye’s (b.1972) Harriet Tubman (libretto by Okoye; first performance 2014) will mark the premiere of the full orchestra version of the composer’s first opera. William Grant Still’s (1895-1978) Troubled Island (libretto by Langston Hughes; first performance 1949), the first opera by a Black composer to be performed at a major American opera company, is a depiction of Jean Jacques Dessalines (1758–1806) and his leadership in the Haitian revolution. BMOP will partner with New York City Opera, the company that produced the work’s premiere, for a 75th-anniversary performance in 2024.

Ulysses Kay (1917-1995), the first African American to win the Rome Prize, considered his opera Frederick Douglass (libretto by Donald Dorr; first performance 1991) his magnum opus, and yet it has not been performed in full since its premiere and has not been recorded.

Concluding the series is the world premiere of a BMOP commission, The Bridge,by Boston-based composer Jonathan Bailey Holland (b.1974). An opera about Martin Luther King Jr.’s years in Boston, the narrative is framed by the journey to Selma and the crossing of the Edmund Pettus Bridge.

To complement these performances and recordings, BMOP is partnering with the Boston-based, Black-led chamber music ensemble Castle of Our Skins to bring an extensive suite of education programs to students across Boston. These varied programs will engage students with the history behind the operas and guide them through the process of creating companion works of art such as film, musical anthems, and modern-day spirituals.

By engaging students and their families with Black creativity in opera through these programs, BMOP and Castle of our Skins will help to increase the inclusion of Black composers not only in concert repertoire but in arts education as well.

Castle of Our Skins’ Artistic and Executive Director Ashleigh Gordon says, “As a concert and education series dedicated to celebrating Black artistry through music, this collaboration with BMOP is right up our alley. Over the next five years, we look forward to working closely with different educational partners throughout Boston.”

“This initiative’s success is dependent on our ability to listen—both to the music and more importantly to Black communities in Boston,” explains Rose. Committed to an initiative built on the input from and support of the Black community, As Told By is being guided by an Advisory Council comprised of 16 members of Black communities and communities of color across Boston, with representation from different neighborhoods and sectors, including education, youth development, arts, civic engagement, and business.

The Advisory Council serves as a sounding board throughout the initiative, ensuring that this multi-year collaborative and creative experience has meaningful impact for Boston audiences and Black communities as well as the American opera landscape.

The Boston Modern Orchestra Project (BMOP) is the premier orchestra in the United States dedicated exclusively to commissioning, performing, and recording music of the twentieth and twenty-first centuries. A unique institution of crucial artistic importance to today’s musical world, BMOP exists to disseminate exceptional orchestral music of the present and recent past via performances and recordings of the highest caliber. Founded by Artistic Director Gil Rose in 1996, BMOP has championed composers whose careers span nine decades.

Each season, Rose brings BMOP’s award-winning orchestra, renowned soloists, and influential composers to the stage of New England Conservatory’s historic Jordan Hall in a series that offers orchestral programming of unrivaled eclecticism. Musical America’s 2016 Ensemble of the Year, BMOP was awarded the 2021 Special Achievement Award from Gramophone Magazine as “an organization that has championed American music of the 20th and 21st century with passion and panache.” The musicians of BMOP are consistently lauded for the energy, imagination, and passion with which they infuse the music of the present era. For more information, please visit BMOP.org.

BMOP/sound, BMOP’s independent record label, was created in 2008 to provide a platform for BMOP’s extensive archive of music, as well as to provide widespread, top-quality, permanent access to both classics of the 20th century and the music of today’s most innovative composers.

BMOP/sound has garnered praise from the national and international press. It is the recipient of a 2020 Grammy Award for Tobias Picker: Fantastic Mr. Fox as well as eight Grammy Award nominations, and its releases have appeared on the year-end “Best of” lists of The New York Times, The Boston Globe, National Public Radio, Time Out New York, American Record Guide, DownBeat, WBUR, NewMusicBox, and others.

Founded in 2013 by artistic director/conductor Gil Rose, Odyssey Opera presents adventurous and eclectic works that affirm opera as a powerful expression of the human experience. Its world-class artists perform the operatic repertoire from its historic beginnings through lesser-known masterpieces to contemporary new works and commissions in varied formats and venues. Odyssey Opera takes its audience on a journey to places they’ve never been before. odysseyopera.org

Founded in 1969, The Andrew W. Mellon Foundation seeks to strengthen, promote, and defend the centrality of the humanities and the arts to human flourishing and to the wellbeing of diverse, fair, and democratic societies. To this end, its core programs support exemplary and inspiring institutions of higher education and culture.

Libretto by Donald DorrNew England premiere – 2025An operatic gem, not performed since 1991, that Kay considered his magnum opus

Jonathan Bailey Holland | The Bridge World premiere – 2026A new opera commissioned by BMOP about Martin Luther King Jr.’s years in Boston, with the narrative framed by the journey to Selma and the crossing of the Edmund Pettis Bridge