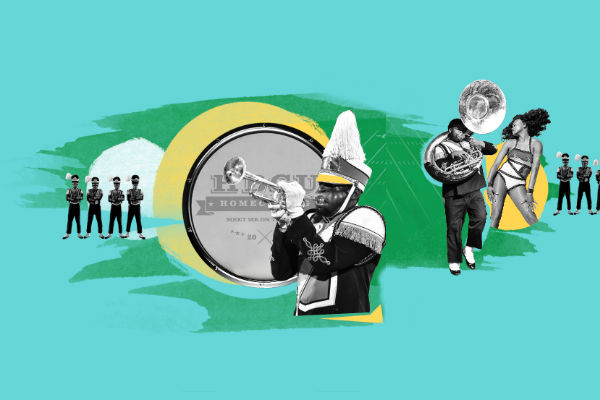 YouTube today announced a global slate of new and returning projects, dedicated to amplifying Black voices. The announced titles continue YouTube‘s long-standing commitment to celebrating a broad and diverse set of perspectives on its platform. This includes new projects that have come directly out of the recently announced $100M #YouTubeBlack Voices Fund, including a documentary series from Patrisse Cullors, co-founder of Black Lives Matter, and an HBCU Homecoming (Historically Black Colleges and Universities) Livestream special.

“YouTube is committed to spotlighting community-driven storytelling and the important issues that people of color and other marginalized communities face every day,” said Susanne Daniels, Global Head of Original Content for YouTube Originals. “Now more than ever, it’s essential that we develop, support, and elevate content that is created by and for the Black community.”

“Race has never been an easy issue to confront but the events over the last few months have opened up doors of dialogue and action that had once seemed closed,” says Malik Ducard, YouTube’s Vice President, Content Partnerships. “Across YouTube, we have a tremendous opportunity and responsibility to contribute to these conversations about racial justice in a meaningful way. Through our $100 million content fund and other initiatives, we are continuing the important work of amplifying Black voices, making YouTube a better place for Black creators, educating people on the diversity of the Black experience, and centering Black people as the messengers of their own stories.

Here are the new and returning YouTube Originals from the fund:

With HBCUs (Historically Black Colleges and Universities) across the country cancelling their annual Homecomings due to the global pandemic, YouTube in partnership with Jesse Collins Entertainment and Live Nation Urban will take the momentous celebration virtual. This two-hour livestream will be filled with homecoming traditions to raise funds for the United Negro College Fund who plan to split 50% with Thurgood Marshall College Fund. Expect musical performances, band performances from Jackson State University’s Sonic Boom of The South, and FAMU’s Marching 100, Step performances, as well as appearances from students, alumni, YouTube creators and inspirational video packages representing the legacy of HBCUs. Executive Producers of “HBCU Homecoming 2020: Meet Me On The Yard” are Jesse Collins, Shawn Gee, Dionne Harmon, Brandon Pankey, and Chris Wagner.

Following the success of the first “Bear Witness, Take Action” special, which was the first YouTube Originals project to come from YouTube’s $100M Black content fund, Part Two will again inspire the platform’s global community to take action for racial justice uniting YouTube creators, public figures, and influential voices. In addition to the livestream, “Bear Witness, Take Action” Part Two will feature unique voices from the Black community producing short form content to share their perspectives and experiences on racial inequity, which will live on YouTube. Viewers will be encouraged to donate to racial justice initiatives directly on the YouTube livestream. The special is produced by the SpringHill Company, Fly On The Wall Entertainment, and Byron Phillips. Reginald Hudlin serves as Executive Producer and Showrunner.

Join the Onyx Family (6M+ combined subscribers) for the dinner table conversation you wish your family had! This new Kids & Families series gathers the multi-generational family for plenty of fun and open conversations about life and what’s going on in the world over dinner. Weekly dinner guests broaden the conversation with different perspectives, thought provoking stories, subject matter expertise and valuable insights. Produced by pocket.watch in association with Shine Global, “Onyx Family Dinner” stars the Onyx Family and is executive produced by Keith Brown, Albie Hecht, the Onyx Family, and Chris M.Williams.

In Barbershop Medicine YouTube aims to put the “public” back in Public Health, exploring the impact race and socioeconomic status have on healthcare and longevity. The barbershop has long been a center of community, as captured in the landmark clinical trial of blood-pressure reduction that delivered education and care in barbershops. Drawing from this concept of community medicine, the special will bring together musicians, renowned physicians, Creators and community members in a storied barbershop to discuss today’s most pressing health concerns and raise awareness – from vaccines to diabetes, cancer to mental health, and beyond. The special will be executive produced by Charles D. King, Marta Fernandez, Jelani Johnson, and Alisha Corpas Wynn for MACRO Television Studios.

Below are the upcoming and returning YouTube Originals titles that were developed prior to the launch of YouTube’s Black Content Fund, but which also center on the global Black experience and address racial justice:

Together We Rise – Streaming Now on GRM Daily’s YouTube Channel
Eleven years ago, Grime Daily was just a YouTube channel started by two young entrepreneurs who were focused on providing a platform for emerging Black hip hop and rap artists in the UK to showcase their work. Fast forward to present, GRM Daily is one of the largest media platforms in the UK, complete with a recording label and awards show. This four-part series focuses on the journey from YouTube channel to media empire. Executive Producers are Kate Shepherd, Laura Collins and Post, produced by Warner Music Entertainment.

Every year, millions of Americans are incarcerated before even being convicted of a crime – all because they can’t afford to post bail. How did we get here? “Trapped: Cash Bail in America” shines a light on our deeply flawed criminal justice system and the activists working to reform it. This new documentary explores the growing movement to end the inherent economic and racial inequalities while highlighting victims impacted by an unjust system, the tireless campaigners fighting for criminal justice reform, and a bail industry lobbying to maintain the status quo. “Trapped: Cash Bail in America” is produced and written by Chris L. Jenkins and edited and directed by Garrett Hubbard.

The monthly learning series featuring the world’s most renowned authors is back with a special October episode spotlighting #1 New York Times bestselling author, Jason Reynolds (“Stamped: Racism, Antiracism, and You”). This special episode will feature dynamic videos from popular BookTube and YouTube creators, an interview with author Jason Reynolds, and a special appearance by Dr. Ibram Kendi, who wrote “Stamped from the Beginning”, which Reynolds “remixed” to bring us “Stamped: Racism, Antiracism and You.” This episode of BookTube is directed by Nadia Hallgren (“Becoming,” “After Maria”) and the Director of Photography is Hans Charles (“13th,” “1 Angry Black Man”). The series is produced by Boardwalk Pictures.

In this 4 part series, Simon Frederick (Black is the New Black, They Gotta Have Us) uses his signature style to explore the voices of the young Black visionaries who to date have been excluded and marginalised by society because of the color of their skin. Viewers will learn how these young Black visionaries have turn the tables on the very same society that excluded them in the first place, to become the luminaries of our time: the writers, artists, performers, athletes, scientists, politicians, entrepreneurs and business leaders who have made it against the odds and are shaping their new cultural reality landscape. “The Outsiders” is produced by Atelier Frederick AFL Films and directed by Simon Frederick.

YouTube Originals has greenlit a second season of the Emmy-nominated series, “Glad You Asked” – an ensemble-led exploration of topics driven by our curiosity about the world around us. Using Vox’s signature explainer format, season two will examine incredibly timely questions around racial justice and the impact of systemic racism in our communities and daily lives – from how our zipcodes determine our futures, to race and A.I., education inequity, and food deserts. Bringing a number of diverse and varied backgrounds together, this season will spotlight guest hosts and the world’s foremost experts to offer an experiential journey that empowers audiences to better understand their world. The series is produced by Vox Media Studios.

Related:  History Of A Song, "Underneath The Harlem Moon," By Harlem's Mack Gordon (Videos)

YouTube Originals has ordered an additional 6 episodes of the award winning scripted Kids & Families series that follows six friends as they work together to solve a mystery in their neighborhood during the social distancing era. Shot entirely via webcam and smartphone, new “Lockdown” episodes will explore timely issues on racial injustice, activism, and life’s frustrations during a pandemic. The series is created and produced by Toronto-based Sinking Ship Entertainment (“Dino Dana,” “Endlings,” “Odd Squad”) and these new episodes feature a diverse roster of writing and directing talent led by showrunners Aaron Bala and Lisa Codrington.

These announcements continue YouTube’s commitment to bringing exceptional entertainment, learning, and timely content during these difficult times including “Dear Class of 2020,” a tribute to this year’s graduating class and centered around the timely themes of hope, resilience, and camaraderie; “Bear Witness, Take Action,”a conversation aiming to unite and inspire the platform’s global community to take action for racial justice; a special live event, “David Blaine Ascension,” who redefined magic once again when the world needed an uplifting distraction; and “Defying Gravity: The Untold Story of Women’s Gymnastics,” a documentary series that explores what it takes to be an Elite gymnast, through the voices of its greatest champions.

YouTube Originals are award-winning, creative and engaging scripted and unscripted series and films across music, personalities and learning for fans all over the world. Spotlighting both YouTube creators alongside Hollywood’s biggest stars, YouTube Originals provide an experience that only YouTube can offer. By tapping into the platform’s growing global community, fan engagement product capabilities, and innovative content mixed with pioneering live-streamed specials, there is truly something for everybody. Fans experience YouTube Original content through ad-supported YouTube as well as YouTube Premium, a subscription service that offers access to YouTube Original series and movies, a streaming music platform, and an uninterrupted, ad-free experience across all of YouTube. YouTube Originals are available in nearly 80 countries worldwide.