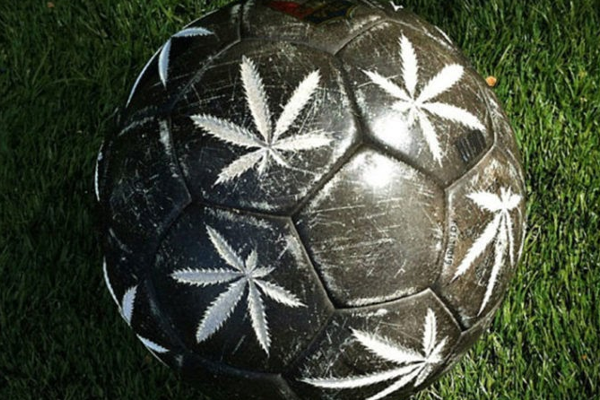 At first glance, this is perhaps an esoteric article title, as one must strain hard to think about how cannabidiol could possibly help the Red Devils. A knee-jerk reaction to the disappointment of losing the FA Cup semi-final to Chelsea? A means for David de Gea to return to his world-class form of yesteryear? Perhaps it could finally get Paul Pogba to track back once in a while instead of ambling about aimlessly when not in possession!

All joking aside, there is a suggestion that using cannabidiol could help improve sports performance. Is scientific evidence particularly compelling? Honestly, not at present. However, that has as much to do with the prohibition of cannabis and hemp over the last 80 years or so as anything else.

It is difficult to perform detailed research on illegal substances! Over in the United States, the passing of the 2018 Farm Bill was big news. It legalized the growth of industrial hemp, which is where CBD companies tend to get their cannabidiol. It didn’t explicitly legalize CBD, but it opened the door to mass sales.

In the UK, you can find cannabidiol reasonably easily. It transpires that a growing number of sportspeople are using it. CBD is no longer on the World Anti-Doping Agency (WADA) list of prohibited substances. As a result, professional athletes in many sports can now use it. We’re not aware of any current United players that use it, but there are doubtless a few Premier League players that use it on the sly. Why is this the case though? Why would a player buy CBD isolate UK or a similar product?

Related:  Checklists In Finding A Lawyer When Setting Up A Startup Business

What Could CBD Do for Football Players?

In case you’re unfamiliar with the terminology, CBD isolate is a product that contains practically nothing apart from the cannabinoid. It is usually over 99% pure CBD and doesn’t contain any other cannabinoids or terpenes.

In any case, the fact that WADA doesn’t ban CBD is significant. It means the agency doesn’t believe that the cannabinoid enhances performance. Proponents suggest that CBD has the following benefits:

Suddenly, it isn’t difficult to see how CBD could help athletes, footballers, and even United’s players. Forgive my facetiousness, but most of us can see that de Gea’s main issue right now is his focus. It is hard to believe that a goalkeeper of astounding quality could disintegrate in front of our eyes.

Some of the goals he has conceded are remarkably poor by League 2 standards, let alone Premier League. Apart from Chelsea, the concessions against Spurs and Watford stick out in the memory. Like it or not, the ‘other lot’ transformed their fortunes by buying a high-quality keeper. That Dutch centre-half they have isn’t bad either.

Also, it isn’t hard to imagine that alleviating stress and anxiety would prove useful. We have witnessed hated rivals Liverpool end their 30-year title drought. We’ve now gone seven seasons without the semblance of a title challenge. Indeed, we have barely come within 20 points.

Related:  6 Bits Of Advice To Help You Live A Healthier Life

There will likely be pressure on Arsenal next as their league title drought is even longer. However, with all due respect to our one-time rivals, they are not in the same ballpark as United. Though the current squad contains lots of talent, it is horribly imbalanced. It is realistically nowhere close to the standard of the present top sides. The fact that City has somehow escaped their ban doesn’t help matters. They will undoubtedly continue to spend absurd levels of cash.

A recent string of good results and performances against the league’s fodder fooled many supporters into thinking we will challenge soon. We won’t. There is no amount of CBD isolate in the UK or otherwise that will turn Harry Maguire into a top-notch defender. Wan-Bissaka dives in too much and leaves us exposed. De Gea needs replacing, or else we must see a return to his previous brilliance.

Fernandes has given many of us hope, but Pogba needs to go. For all his talent, he only turns up when he feels like it, not a recipe for a title-challenging team. There is still deadweight like Fred and Lindelöf to remove. The likes of Shaw, McTominay, and James are good, honest players, but not up to a league challenge standard.

We need more than CBD to regain our perch. However, if you are in the market for some, Provacan is regarded as one of the UK’s top brands. It sells CBD isolate, gummies, oil, and much more. It won’t make Pogba put a shift in, though.