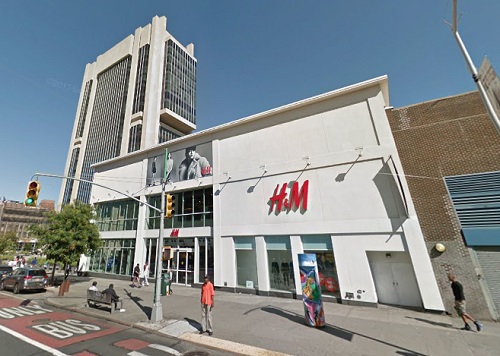 With a location on 125th Street in Harlem, H&M has been removed by major e-commerce and service apps in China.

H&M has been removed after a Communist Party organization barraged it for a statement expressing “deep concern” over allegations of forced labor in Xinjiang’s cotton industry. In a country where consumers are increasingly accustomed to shopping online, the online attack could have a drastic impact on H&M’s bottom lines.

Major online retailers in China have pulled H&M products from their sites or mobile apps. Chinese state media outlets are now calling out other Western clothing brands — including Nike, New Balance and Burberry — for not using Xinjiang cotton.

The H&M statement was taken down from the company website as of Thursday. On Weibo, the company wrote that it “consistently respects Chinese consumers” and is devoted to “long-term investment and development” in the country.

Searches on Taobao for “HM” or “H&M” that once returned thousands of vendors and resellers now return zero search results.

China is a major market for clothing retailers. H&M has 505 stores in mainland China, second only to the United States. In 2019 alone, the H&M Group cleared $1.2 billion in sales in the mainland.

CNN wrote, Human rights groups have repeatedly accused Beijing of detaining Uyghurs and other Muslim minority groups in the region in “re-education” camps and using them as forced labor, which they claim is part of global tech and retail supply chains, either directly or indirectly.