Which Hemp Flower Has Won The Most Awards? 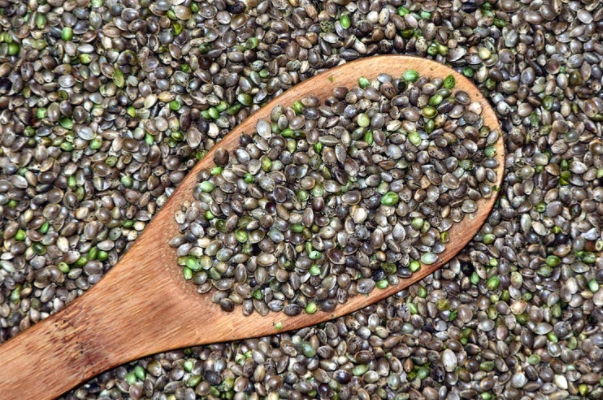 The Hemp market has exploded in popularity since 2018 when federal legislation made it legal again. This is not surprising when you consider how long the Hemp plant has been used by mankind, but smokable Hemp is a relatively new way. The plant has always been used for fibers, food, and medicine, but it also makes a fine recreational smoke.

But, the true Hemp aficionado might ask: Which is the best Hemp strain? Yes, they all have their distinctive features, but which strain (or strains) are generally considered to be the best? If you really want to know which strains represent the top of the line, continue reading.

Obviously, the idea of the “best Hemp strain” is based partly on opinion. There is no objective way to place one of them at the head of the pack. You could look at total CBD content, but this does not always reflect the better overall choice. Besides, those percentages are always approximate.

Since we need some kind of objective measurement, we are going to look at the various competitions that have taken place between the various Hemp strains. Various groups and publications have done comparisons of that sort, so it shouldn’t be too hard. We are going to judge the best strains by looking at how many awards they have won.

“High Times” magazine has been respected by Cannabis users for many years. Even though their publication isn’t specifically focused on Hemp, this kind of thing is definitely well within their realm of expertise. You might not be aware that they have a “Hemp Cup” every year, in which they do actually focus on Hemp strains for one day.

The 2020 winner of the High Times Hemp cup was a strain called “Hawaiian Haze.” As you might guess from the name, it has a fruity, tropical flavor that many people love. With an extremely high CBD content (usually over 20%), this one also offers a lot in the way of practical benefits. It’s a pure Sativa strain and is said to be very good for social occasions. This flower may not be the prettiest on the block, but she’s got it where it counts.

Second place in this year’s Hemp cup went to a strain called “Zero G.” This is another Sativa strain that offers a CBD content of roughly 17%. It’s a good example of an “indoor” strain. This one was a surprising choice, as it’s not particularly established or well-known. However, the judges must have seen something special there. Third place went to a version of Sour Space Candy. This one consistently shows up on lists like this, which shows that many people are pleased with its results.

These aren’t as well known as the High Times awards, but we will examine them anyway. These awards are given by a California-based Hemp delivery company called Ganja Goddess. Unlike most awards, these are not based on the opinions of judges or anything of the kind. These awards are based on sales figures and pretty much nothing else.

There are a lot of categories here, but we are only concerned with one of them. When we look at their “best selling strain,” we see something called “Old Pal Indica,” which we haven’t heard of before. It turns out that “Old Pal” is the name of the company that produces this Hemp, but it’s also the name applied to all their strains. They also make “Old Pal Sativa” as well as various hybrids.

The most distinctive thing about this company and its strains is a commitment to 100% organic growing practices. Sticking with nature’s way often does produce the best results, and this strain is a good example of that fact. Even though the Indica is obviously their best-seller, those other “Old Pal” strains are probably also top-tier choices.

This is a Dutch Cannabis fair that has become very popular in recent years. Among European weed fairs, this is probably the biggest and most respected one. Since 2004 they have given out various awards to recognize outstanding strains and individuals in this growing market. As part of this festival, they hold a “Cannabis Cup” of their own, not to be confused with the High Times awards that bear the same name.

These results are a little more complicated because they are separated into various categories. These include:

Obviously, those last three are not important to us. In fact, since we are focusing on medicinal CBD flower here, that is the only category that matters to us. In this category, the first place winner was a variety called “CBD Orange Punch.” This is a beautiful hybrid strain with a frosty-white appearance.

Admittedly, this is only one way in which to judge a particular Hemp strain. However, this is a good way to see which strains have consistently made people stand back and take notice. Sure, any good strain of Hemp from companies like Mr Hemp Flower will do the job, but there is something to be said for seeking out the very best. To recap, our winners are:

We hope that you get a chance to try one of these fine strains soon. We also hope that you will return again soon, as we have plenty more to teach!