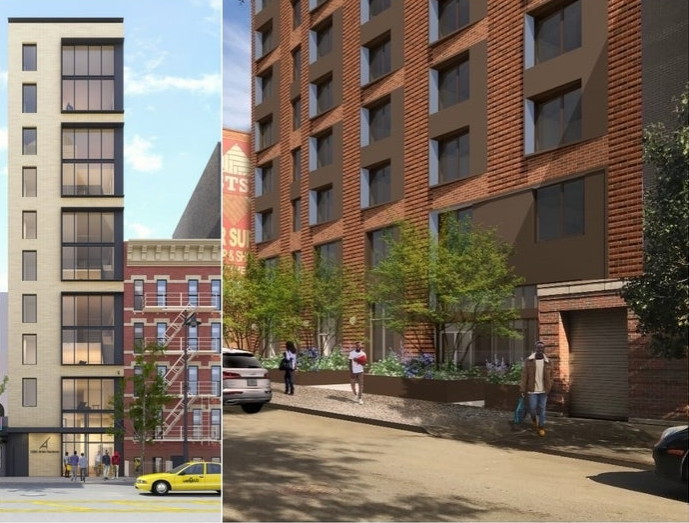 Nonprofit leaders unveiled plans this week for two new supporting housing developments in East Harlem, both of which would redevelop vacant lots into serving vulnerable groups and providing a number of supportive services.

The presentations were made Wednesday during a Community Board 11 committee meeting. One development, on East 106th Street and Second Avenue, would serve homeless LGBTQ youth, while the other, on 123rd Street and Park Avenue, would be reserved mostly for formerly incarcerated people.

Both projects will need to go through the city’s Uniform Land Use Review Process (ULURP), a lengthy process where elected officials and the community board will get to weigh in before the City Council has the final say.

The first presentation focused on 244 East 106th St., a vacant lot where Ascendant, a Harlem affordable housing developer, is seeking to construct a 10-story, 36-unit building.

It will be run by the nonprofit Ali Fourney Center, the nation’s largest organization devoted to LGBTQ homeless youths. The building would include 5 total apartments, each containing between four and eight private bedrooms.

Members of CB11’s land use committee reacted warmly to the project, which would break ground by 2023 at earliest and does not require any changes to the zoning code.

“I love that East Harlem is the type of place where people feel welcome and would want to live and be supported by members of the community,” member Jessica Morris said.

The 15-story, 82-unit building would be operated by The Fortune Society, a nonprofit that helps people reenter society after being incarcerated.

Sixty percent of the building’s 82 units would be reserved for homeless, formerly incarcerated people, with another 10 percent reserved for formerly homeless people.

One hundred percent of the apartments will be affordable, open to New Yorkers earning between 30 and 60 percent of the area median income — qualifying as “extremely” and “very” low-income.

For Castle III to be built, the city would need to grant a special zoning permit for the site, on East 123rd between Park and Lexington avenues, to allow for increased density. Developers hope to start construction by 2022 and wrap up in 2024 reports Patch.