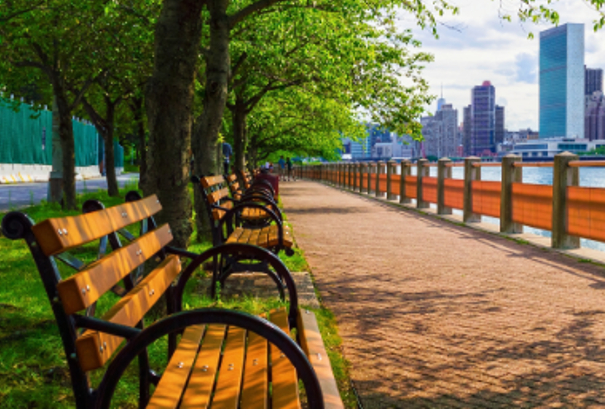 Are you coming off quarantine and wondering where to visit? Roosevelt Islands in New York City will give you a vacation feeling right in the middle of Manhattan.

This is a narrow island which is on the East River located directly on the famous Queensboro Bridge. You can do a lot while on this Island, starting from riding the renowned tram to visiting the remains of the historical Smallpox Hospital on the Island. Here is what to do when visiting this hidden New York gem. 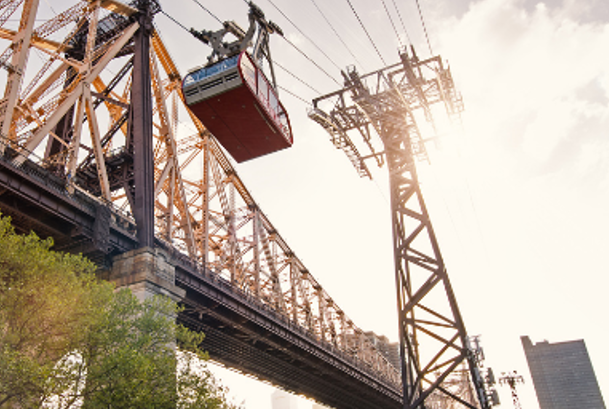 Did you know that the Roosevelt island tram is the oldest in North America? It is one of New York’s understated tourist attractions. You don’t have to worry about social distancing or overcrowding when on the tram. It is never crowded, making it an alternative mode of transport during these times when compared to city buses. You only need a valid MetroCard, and you are ready to enjoy a ride through the air.

You can board the tram from 59th street and 2nd Avenue and enjoy crossing the East River in as quick as 3 minutes. Whether you are riding a tram for the first time or you are a regular user, accompanied by a thrilling feeling, the ride by itself is an adventure. Get outstanding sights of the East River, watch the traffic below and view the city skyline as you ride 3100 feet above. For the spectaculars views, catch a seat near the window, and be quick to capture the best photos for your Instagram page.

The tram is regularly available after every 10-15 minutes, with peak hours being from Monday to Friday from 7 am to 10 am and 3 pm to 8 pm. During the major holidays, the tram operates on a rush hour schedule. 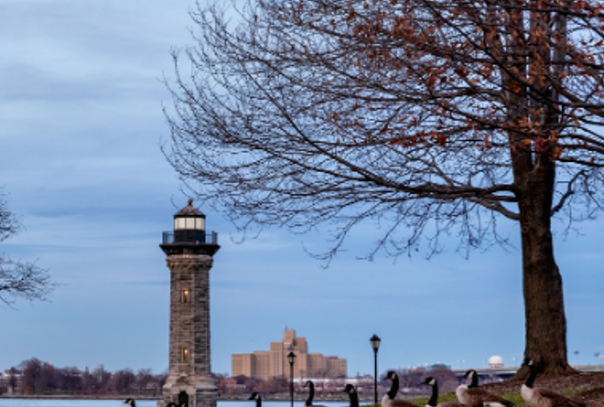 This lighthouse is approximately 20 minutes walk from the tram.  Also known as the Blackwell island lighthouse, it is located on the northern tip of the Island. Blackwell originates from the original owners of the Island, the Blackwell family, before they sold the Island to New York. It was built in 1872 using rocks that were quarried by inmates from the island prison. The Roosevelt island lighthouse is recorded as the 6th oldest house in New York City, and it is still present to this date. In the early days, the lighthouse was of help to the sailors navigating on the East River tricky waters. Today it is a designated New York City landmark, BBQs hotspot, and best place for fishing in the neighboring Lighthouse park.

If you are looking for a picnic place on this Island, the Roosevelt Island lighthouse is the best place. There are picnic tables that have been perfectly positioned with the sights of Manhattan and the lighthouse. There are also lots of grassy areas where you can also take a nap. 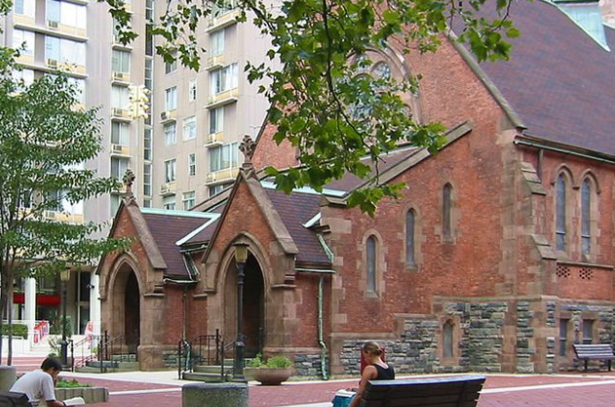 3. Tour the Chapel of The Good Shepherd

Located on the 543 main street in the middle of the Roosevelt Island, the Chapel of the Good Shepherd is a few minutes’ walk from the Blackwell family house. This historical Chapel was designed by Frederick Clark Withers, a renowned architect for making churches. It was built in 1889 to serve Roosevelt island residents as an almshouse. However, these days, the Chapel has been transformed to serve as a community center.

The Chapel has unique features of having multicolored bricks and stones used to construct with stained-glass windows. 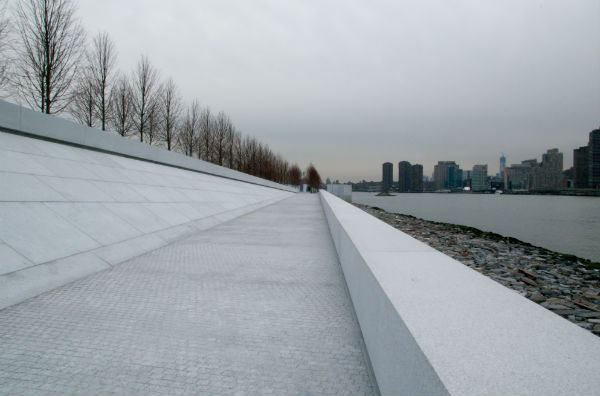 Road tripper’s website describes this park as one of the coolest secret parks in America. It is found on the southernmost end of Roosevelt Island. The park does not allow riding of scooters or bikes, so if you have one, plan on locking it outside the park. Inside the park, you will find a memorial constructed in respect of President Franklin Roosevelt. The park was designed by one of the top American builders of the 20th century, the late Louis I. Khan.

Also:  International Tourism From Harlem To Hollywood Has Dropped in 2017

While at the park, you can enjoy the serenity of the disappearing point tree line, which is evergreen. You can also walk to the end of the Island to watch the granite rock wall bordering the edge. You will be amazed to realize the granite rock is made up of hand-placed granites to the size of 11,000 cubic yards. For a better view one will need a good binoculars.

If you are looking for a beautiful view of the Eastern Side of Manhattan and Queens, this park will offer you that opportunity. It is another perfect point for taking those Instagram snapshots.

If you happen to visit from May to October, you will enjoy kites flying, music performance, and public talks. This is the period where you will also find yoga and book reading events.

Accessing the park is free of charge; however, during Tuesdays, it is closed for visitors. 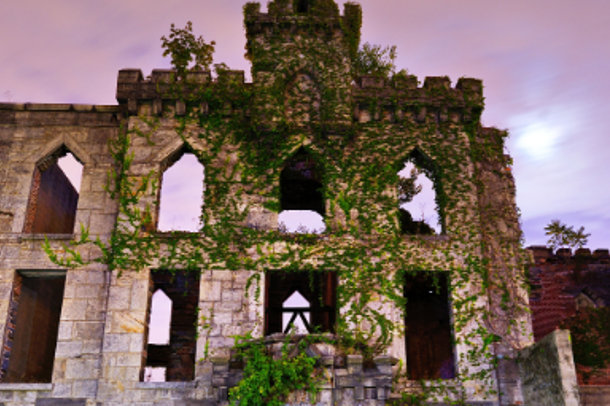 5. Check Out the Smallpox Hospital

Just outside the Four freedoms park, there is Renwick Ruins, the ruins of the Smallpox Hospital. The old hospital was built in 1856 as the first hospital in the country to treat infectious diseases like smallpox. The Island for long had been known as a Welfare Island because of the number of hospitals and prison it had. With smallpox infection sweeping the country in the 19th century, this hospital served as a quarantine center to prevent the spread of the infection. The hospital was rendered useless by the invention of the smallpox vaccine. The operations in Smallpox Hospital ceased in the 1950s.

For your safety purposes, you are not allowed to access the hospital physically. Instead, you can get a glimpse and take photos of the aged construction while behind the fence. The place is now designated as one of the historic sites in the country. 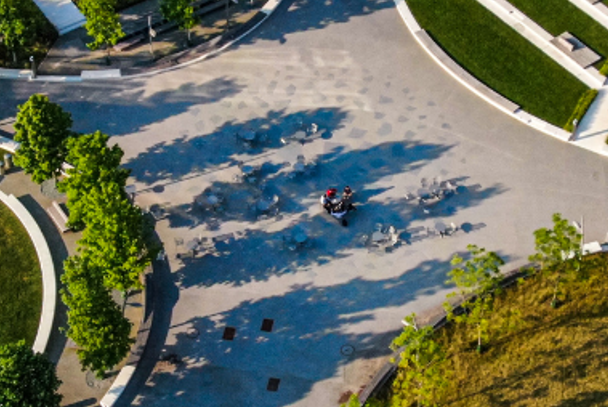 Located on 2 West Loop Road, the Cornell Tech campus is set to increase the activities taking place on the Island. It builds on the goodwill of academic creativity, which was initiated by the Strecker Laboratory.  The institution is a joint venture between Technion and Cornell University.

The campus boasts of striking architectural design and a public space measuring about 2 acres, and opened hotel in 2019. Walk in the hotel and take a break as you order some Red Cheddar Cheese Curds made on the campus by the Department of Food Science. The hotel is the best place to cool off if you are there on a sunny day. The hotel also offers free wi-fi to the visitors.

While at the center, you can admire the Bloomberg Center, the first net-zero building in the city. This is to say the building only relies on electricity that it produces, isn’t this admirable? 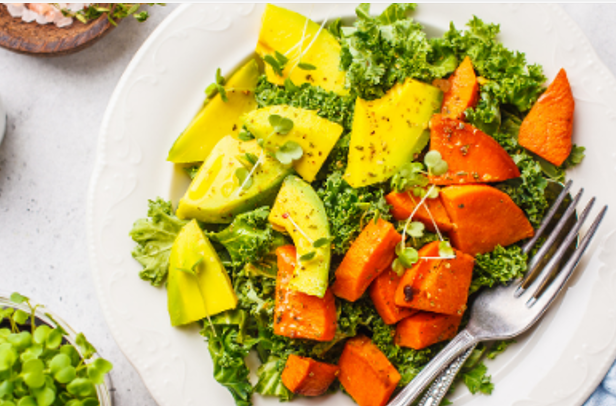 7. Stop for Lunch at The Locally-Owned Nisi

You need to eat and probably get a refreshment drink; if you not the type of people who carry picnic lunch and beverages, here is a local place for you to dine. To interact with the indigenous community, visit one of their local eat-outs, and you will get an opportunity of feeling them.

If you want to get a taste of inexpensive Japanese food, visit Fuji East.

To wrap-up, you need to plan your excursion on time, plan on your budget. There is no shortage of public transport services, the tram is readily available during the day and at night on some days extending to 3 am. You can hire bikes and scooters and enjoy riding on the Island. Are you looking to attend seasonal events that take place on the Island? The community on the Island loves outdoor activities ranging from music performances to outdoor movie screenings.

As a precaution during the Covid-19 era, check with your local authority on your travel’s potential impact before traveling.