The Way Americans Regard Sports Heroes Versus Intellectuals Speaks Volumes 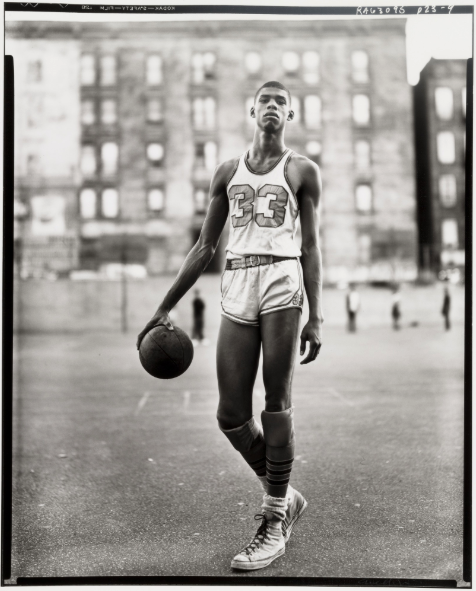 On 19 April 1980, more than 50,000 Parisians marched through the streets to mourn the loss of one of their own reports our source. Was it for a famous pop star, a beloved politician or a nationally treasured athlete? Nope, it was the funeral of Jean-Paul Sartre

, the French existential philosopher and winner of the Nobel prize in literature (which he refused, along with the $500,000 prize money, out of concern it would compromise his independent thinking). In America, that mass public display of grief and affection is usually reserved for pop culture icons, not unapologetic intellectuals. Maybe it’s time to rethink that priority.

Can most of us even name a single contemporary American philosopher or influential literary author with the ease we can a Kardashian?

I can’t imagine the death of an American philosopher or literary writer drawing such a large crowd. But we do turn out for our fallen sports heroes: Babe Ruth had 150,000 at his funeral and Muhammad Ali had 100,000. Both well deserved. On the other hand, how many attended the 1996 funeral of equally deserving American poet laureate Joseph Brodsky

, an immigrant who won the Nobel prize in literature in 1987? I don’t know the answer because the information isn’t even available. Can most of us even name a single contemporary American philosopher or influential literary author with the ease we can a Kardashian? If the answer is no, our initial reaction should be a slight sense of shame (and maybe a quick Google search), but more likely it would be to scoff and dismiss the question with a smug “Who cares?” But this instant dismissal really reflects a troubling trend of lazy and arrogant anti-intellectualism that has very real and dangerous consequences to American society.

One statistic showed 93% of men watching sports, while another concludes that about 60% of Americans consider themselves sports fans.

The difference between the way Americans regard athletes versus “intellectuals” is a good touchstone for how we see ourselves. One statistic showed 93% of men watching sports, while another concludes that about 60% of Americans consider themselves sports fans. Count me in. I’m grateful for America’s love of sports, a love I share as a major fan of baseball and basketball. Sports have become ingrained in our society as a means of activity for personal health and as an educational tool to teach moral values such as sportsmanship, discipline, and teamwork. Even more significant, athletes are second only to parents as role models for kids. While that places a lot of pressure on athletes, some of whom are still very young themselves, many others have stepped up to accept that responsibility.

At the same time we’re increasingly embracing sports, the last few years have produced a rising anti-intellectualism, starting with facts, science, and logic. Anti-vaxxers, climate change deniers, even flat-earthers are on the rise. Part of the reason for this is the promotion of fuzzy thinking as a positive political statement. All those people who were told in school that their opinions lack any meaningful support and are filled with logical fallacies can now band together in shared ignorance masquerading as conservative ethos. They get to thumb their noses at the “elite” thinkers.

President Trump is the figurehead of celebrating irrational thinking as a patriotic act…. The lesson for our children: ignore facts and evidence if it disagrees with what benefits you personally. Even if it means everyone else will suffer. Ironically, that’s the opposite lesson that sports teach about sacrificing for the good of the team.

President Trump is the figurehead of celebrating irrational thinking as a patriotic act. He’s the rabble-rouser in the saloon whipping the mob into a lynching frenzy. Every time there’s a snow-storm, he comments about this being proof that there is no global warming. And he keeps doing this despite the scientific experts explaining that there is a vast difference between weather and climate. Just as his explanations about “clean coal” show a fundamental lack of understanding about what that even means. And there’s his absolution of the crimes of Russia’s Vladimir Putin

, and Saudi Arabia’s Mohammed bin Salman, despite the evidence put forth by his own intelligence experts. This kind of convoluted thinking has led to the dismantling of EPA protections, attacks on voter access and open political corruption without consequences. The lesson for our children: ignore facts and evidence if it disagrees with what benefits you personally. Even if it means everyone else will suffer. Ironically, that’s the opposite lesson that sports teach about sacrificing for the good of the team.

Measles is now on the rise, killing people across the world. Doctors claim that if the current trend continues, 2019 could produce the worst measles outbreak in the US in decades.

That’s the philosophy of the anti-vaxxers, who have justified their silliness through junk science and discredited physicians. Suddenly, they know more than the scientists who have been researching it for years, more than the statistics that show measles having been nearly wiped out until they started allowing it to spread. Measles is now on the rise, killing people across the world. Doctors claim that if the current trend continues, 2019 could produce the worst measles outbreak in the US in decades. What is their criteria for when to reject or embrace doctors? Are they leaning over the surgeon’s shoulders during brain surgery on loved ones advising what to do next?

We should have a healthy attitude of skepticism regarding experts because they have not always been proven right. But skepticism isn’t the same as believing nutty conspiracy theories. Skepticism means requiring evidence through the scientific method (something that ushered in the Enlightenment

). Instead, we even have what psychologists call the Dunning-Kruger Effect, in which people of low knowledge have the illusion that their opinions are superior to those of experts. They like to tout their innate “common sense”, which throughout history has been proven to be the worst kind of sense. Worse, because they eschew logic, politicians have targeted them with a constant barrage of emotional gobbledygook reasoning to pump up their egos without challenging their minds. They are led around by the nose, voting how they are told but thinking they are independent.

A culture can admire both the physical and intellectual. The achievements of athletes inspire us to push the boundaries of what our bodies are capable of. We can run faster, jump higher, endure more punishment than we thought. That makes us all realize we have untapped potential. Equally, we can be inspired by the insights of our poets, the vision of our philosophers, the medical breakthroughs of our scientists. Both should make us strive to be greater: stronger and smarter. The problem is that when the average person sees an athlete perform an amazing feat, there’s the lurking belief that, if they really wanted to train and practice, they could do it, too. It is within their grasp. But with intellectual feats, some people see that as beyond their understanding and therefore beyond their reach. Rather than strive, they resent. It’s easier to look up baseball stats than read an article on melting ice caps. Plus, there’s an implied pressure to the latter: if I accept that something is wrong, am I not obligated to do something about it? It’s easier to deny, deny, deny. Like those “common sense” citizens who loudly decried the existence of germs, the benefits of penicillin, or the evidence of DNA, such anti-intellectualism leads to sickness, death and the hobbling of a society’s progress.

…the elegant idea is as uplifting as the slam dunk.

Intellectuals don’t help their cause when they are dismissive of pop culture and sports, by demeaning their great achievements. Neither high culture nor pop culture are a measure of intelligence, just of past exposure. Any attempt to use either as a means to imply superiority demonstrates a complete lack of understanding of what art strives to do: bring us closer together by showing that we are all equal in our needs to love, beloved, and strive to be better tomorrow than we are today. We accomplish this by understanding that the elegant idea is as uplifting as the slam dunk. And that a triple play is as graceful as a balletic arabesque. To disparage either the athlete or the intellect indicates someone not worthy of either.

Kareem Abdul-Jabbar (born Ferdinand Lewis Alcindor Jr.; April 16, 1947), born In Harlem, is an American retired professional basketball player who played 20 seasons in the National Basketball Association (NBA) for the Milwaukee Bucks and the Los Angeles Lakers. Abdul-Jabbar was a record six-time NBA Most Valuable Player (MVP), a record 19-time NBA All-Star, a 15-time All-NBA selection, and an 11-time NBA All-Defensive Team member. A member of six NBA championship teams as a player and two more as an assistant coach, Abdul-Jabbar twice was voted NBA Finals MVP. In 1996, he was honored as one of the 50 Greatest Players in NBA History. Photo credit: Lew Alcindor, basketball player, New York. May 2, 1963. By Richard Avedon.