The Rundown: Everything You Need To Know About The Zantac Lawsuit 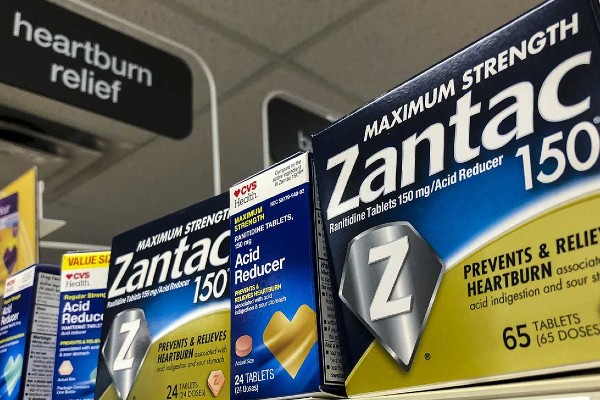 The popular gastrovascular medication, Zantac, is currently the subject of a lawsuit.

There is an ingredient in the drug called N-nitrosodimethylamine (NDMA) that has been linked to cancer. The dosage of that component exceeds the FDA-recommended daily regimen. The overdose is mutating cells that develop into cancerous agents in the body.

Rosenfeld Injury Lawyers and other personal injury firms are filing class-action lawsuits was filed against the manufacturers of the drug. Several people are seeking compensation for their pain and suffering.

Zantac, which is the brand name version of ranitidine, has shown evidence that it causes serious health concerns in those who take it over an extended period of time. The drug was approved by the FDA in 1983 but questions about its safety have since arisen as multiple studies have found dangerous levels of NDMA in samples of medicine supplied by manufacturers such as Sanofi Pharmaceuticals. This discovery prompted many consumers to seek legal recourse against these companies because they believe the drugs were not adequately tested before being sold on store shelves or prescribed through doctors’ offices across America.

Zantac was previously used to treat conditions like heartburn, ulcers, and gastroesophageal reflux disease (GERD). The medication has been available over the counter for many years but was pulled from store shelves in September 2019. It is now only available through a prescription from a doctor.

Zantac was found to be an effective medication for treating these conditions because it helps reduce how much acid is produced by cells in your stomach. It does this by blocking histamine receptors called H-two receptors. By doing so,  it prevents the release of acid from these cells. This is a safe process when taken in moderation but becomes dangerous if large doses are consumed repeatedly over many years or even months because NDMA has been shown to cause cancerous tumors and lesions in people who have taken these medications for extended periods of time.

The FDA became aware of the cancer-causing potential of Zantac back in 2018 when it required manufacturers to add a warning label to the drug stating that it may cause cancer. However, this did not stop people from taking Zantac or filing lawsuits against manufacturers because they believe more could have been done to prevent these dangerous side effects.

Some of the lawsuits have been consolidated into multidistrict litigation (MDL) in order to streamline the legal process. This means that all claims against these companies will be heard by the same judge and jury. The first hearing for this MDL is scheduled to begin on January 20th, 2020. There are currently more than 650 plaintiffs involved in this lawsuit.

In addition to the MDL, there is another lawsuit pending against these companies. It was filed by a group of plaintiffs who are seeking class-action status for their claims. They allege that they all suffered from cancer as a result of taking Zantac and other ranitidine products over an extended period of time. The court has yet to rule on whether or not this lawsuit will be granted its class-action status but it’s expected that if it does then many more people could join in with their own claims against Sanofi Pasteur MSD and others responsible for producing such dangerous medications without adequate warning labels about potential side effects.

Manufacturers have responded to these lawsuits by claiming that they are not responsible for any of the cancers caused by Zantac. They believe it was only prescribed as a result of doctors’ orders, which means patients should be seeking compensation from their healthcare providers instead of them because those physicians were aware of potential side effects but still chose to prescribe this medication anyway without informing consumers about what could happen if taken regularly over long periods.

The defendants also say that plaintiffs who were taking other medications simultaneously with ranitidine (Zantac) couldn’t show causation between their cancer and use since there is no scientific research linking NDMA exposure directly causing specific types of diseases such as leukemia or colorectal cancer; rather studies suggest that exposure to this chemical may increase risk factors for developing something like cancer because it disrupts normal cell division processes.

In contrast, these plaintiffs believe that Sanofi Pasteur MSD knew about potential dangers associated with Zantac but chose not to inform consumers which is why they should be held liable for any damages incurred by taking their product.

Despite the finger-pointing and lack of accountability, this disheartening discovery needs to be atoned for. You are entitled to seek justice for the hardship that has affected you and your family.

If you’ve developed cancer from taking Zantac, talk with your physician and an experienced attorney to explore your options. You may be entitled to a settlement.