The History Of Live Gaming In The United States 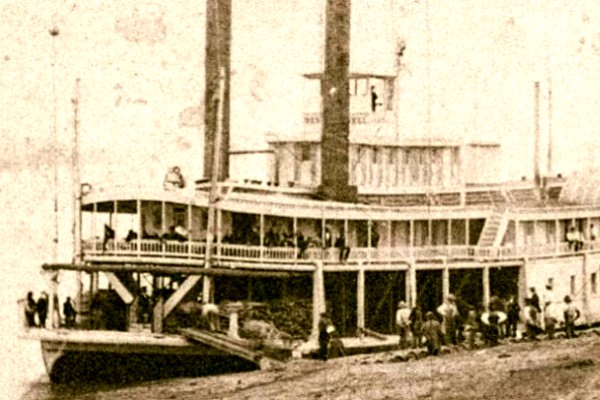 When you think of gambling, in whichever form, we’re sure that the bright lights of Las Vegas spring to mind almost every time. But there’s a lot more to the American gambling scene than you may realise. Away from online casino sites, there’s a rich history that precedes the casino culture that we now associate with the U.S.

Keep reading as we take you on a trip down the star-spangled memory lane.

As is the case with most areas of the world, casino games in the United States began in the form of simple dice games, before moving on to the early stages of Poker and other card game variants. By 1834, Poker had transformed into the game that we know today, consisting of a regular 52 card deck and with each player being dealt a hand of five cards. With this framework now in place, the game began to spread across the Mississippi River and gradually entered the wider areas of the United States. Soon enough, Poker became the favourite pastime during the Civil War, becoming a staple game for the entire country by the 20th century.

As Poker became a norm, social concerns grew and by 1910, the majority of gambling had been outlawed across the U.S. There were exceptions to this law, such as state-sponsored lotteries that we’re able to be regulated and used to raise funds. Furthermore, some churches also used Bingo to raise money, all above board.

Despite these newfound regulations, gambling simply went underground, becoming the top course of illegal revenue. So, the love of casino remained strong in certain areas of the country.

Prior to the aforementioned 1910 outlawing, Louisiana had imposed its own ban in 1806, with Missouri following in 1814.

Finally, in 1931, gambling was made legal across most of Nevada, of course, made famous through Las Vegas, with other states gradually following suit. Although there were some exceptions surrounding sports betting, tabletop games, such as Poker, could finally emerge from underground locations.

By 1850, the Mississippi Valley was considered to be the epicentre of the American economy, acting as a freeway between traders and communities. Poker found its way onto these riverboats as a way to entertain the passengers and wealthier merchants, all thanks to the French colonists.

The City of Traverse was the first official riverboat casino to hit the scene, and set sail in 1904, with the Great Mississippi River remaining a juridical grey area. Later on, in the 20th century, Iowa finally became the first state to completely legalise riverboat gambling, with surrounding areas gradually following suit. These water-bound establishments continued to flourish, also hosting music and entertainment for plenty of happy customers.

With the legalisation taking place in 1931, the legitimate casino began opening up all over the state of Nevada. As casino gaming continued to rise in popularity, the buildings grew in grandness until the Vegas strip was filled with the extravagant resort-style casinos that we recognise today. The first casino of this style was the El Rancho Vegas Resort, which paved the way for even more luxurious locations. Here, not only could you get in a few games of your favourite table-top game, but you could also go for a swim and ride horses in your downtime. This introduced visitors to a more well-rounded experience — fun and relaxation all rolled into one!