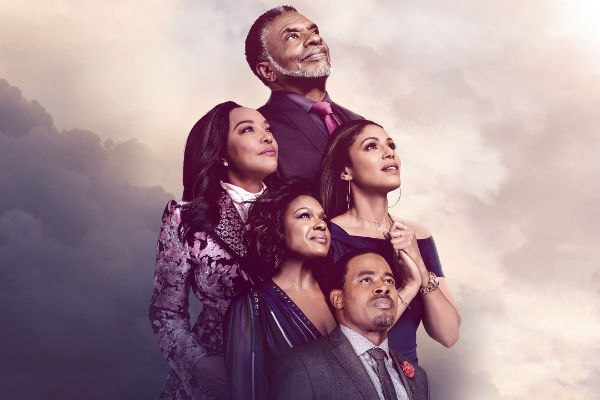 “Greenleaf,” the hit megachurch drama from award-winning writer/producer Craig Wright (“Lost,” “Six Feet Under”) takes viewers into the unscrupulous world of the Greenleaf family and their sprawling Memphis megachurch, where scandalous secrets and lies are as numerous as the faithful. Born of the church, the Greenleaf family love and care for each other, but beneath the surface lies a den of iniquity – greed, adultery, sibling rivalry and conflicting values – that threatens to tear apart the very core of their faith that holds them together.

The series has also been recognized by the Alliance for Women in Media’s Gracie Allen Awards and by the Black Reel Awards for Television. “Greenleaf” is produced for OWN by Lionsgate in association with Harpo Films and Pine City. Executive producers are Oprah Winfrey, Craig Wright (“Lost,” “Six Feet Under”), Clement Virgo (“Empire”) and Kriss Turner Towner (“Black Monday”).

OWN: Oprah Winfrey Network is the first and only network named for, and inspired by, a single iconic leader. Oprah Winfrey’s heart and creative instincts inform the brand and the magnetism of the channel. OWN is a leading destination for premium scripted and unscripted programming from today’s most innovative storytellers. OWN’s original scripted series include popular dramas “Queen Sugar,” “Greenleaf,” “The Haves and Have Nots, “If Loving You is Wrong” and upcoming drama series “David Makes Man” from Academy Award winner Tarell Alvin McCraney and family saga “Ambitions” from box office hit-maker Will Packer.

OWN’s Saturday night unscripted programming lineup includes “Iyanla: Fix My Life,” “Ready to Love,” “Love & Marriage: Huntsville,” “Black Love” and “To Have & To Hold: Charlotte.” OWN connects with its audience wherever they are, inspiring conversation among a global community of like-minded viewers on social media and beyond.

Launched on January 1, 2011, OWN is a joint venture between Harpo, Inc. and Discovery, Inc. The venture also includes the award-winning digital platform Oprah.com. Access OWN anytime, anywhere on WatchOWN.tv or across mobile devices and connected TVs. For more information, please visit www.oprah.com/own and ht tps://press.discovery.com/us/ own/.