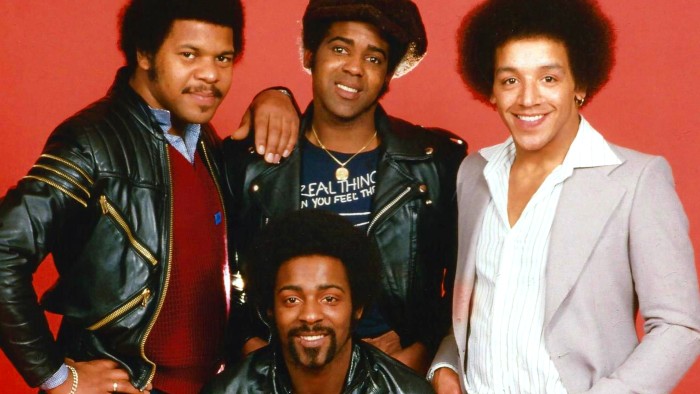 Season 14 of AfroPoP: The Ultimate Cultural Exchange opens on Monday, April 4, 2022, with the “other lads from Liverpool,” the pioneering soul and funk band The Real Thing.

With their meteoric rise to the top of the musical charts in 1970s England changed the face of music.

Airing at 8 p.m. ET (7 p.m. CT) on WORLD Channel and worldchannel.org, Simon Sheridan’s documentary Everything: The Real Thing Story follows the group, dubbed “The Black Beatles” by the British tabloids, as they blazed new trails and spoke up during fraught racial times.

Executive produced and presented by Black Public Media (BPM) and WORLD Channel, AfroPoP is a documentary series of compelling stories about Black life throughout the African diaspora co-presented and distributed nationally by American Public Television (APT).

Called “the searing saga of Britain’s soul pioneers” by The Guardian and narrated by actor-musician Jacob Anderson (Game of Thrones), Everything: The Real Thing Story presents members of the groundbreaking group reflecting on their success and acclaimed British recording artists, including Billy Ocean, Kim Wilde and David Essex, discussing the group’s enduring legacy.

Their early days in Liverpool’s Toxteth neighborhood are explored, including their rise to the top of UK charts with 1976’s “You To Me Are Everything” and the tumultuous subsequent years to follow, as they worked to balance their desire for continued chart-dominance with the need to address the racism and oppression experienced by Black communities in Britain, despite the costs.

“Many Americans may remember The Real Thing’s song Children of the Ghetto, recorded by Earth, Wind & Fire lead singer Phillip Bailey and Mary J. Blige, but they may not know about the incredible life story of the group who wrote it,” said Leslie Fields-Cruz, AfroPoP executive producer. “Simon Sheridan’s moving documentary about The Real Thing exemplifies the interconnectedness of Black people’s struggles globally and the unparalleled power of music to unite people across cultures.”

“Once again AfroPoP is bringing fascinating stories of game-changing individuals to the airwaves as it continues to sear into our collective consciousness the most pressing issues of the day,” said Chris Hastings, co-executive producer of AfroPoP and executive producer at WORLD Channel at GBH in Boston. “We look forward to sharing Everything: The Real Thing Story with WORLD Channel viewers across platforms.”

AfroPoP Season 14 continues with new episodes each Monday through May 2, 2022.

Other documentaries this season include: Raja Amari’sShe Had a Dream(April 11, 2022) the story of a young Black Tunisian woman running for political office; Dieudo Hamadi’s Downstream to Kinshasa (April 18, 2022), a film that follows several survivors of the Six-Day War in the Democratic Republic of Congo — many now living with disabilities — on a treacherous journey to their nation’s capital to demand compensation for the injuries they sustained; Restitution? Africa’s Fight for its Art (April 25, 2022), Nora Philippe’s examination of the international debate on the return of African art to its rightful countries centuries after it was looted by colonizers; and season finale Revolution from Afar (May 2, 2022), Bentley Brown’s portrait of young Sudanese American artists advocating in support of the revolution in Sudan as they work to understand their connection to a motherland some have never visited.

APT will release the new season to public television stations nationwide on Sunday, May 1.

Its original work has won a Peabody Award, an Alfred I. duPont-Columbia Award, a National News and Documentary Emmy Award, two Webby Awards and many others honoring diversity of content and makers.

WORLD is carried by 195 member stations in markets representing over 75.1% of US TV households.

Funding for WORLD Channel is provided by the Corporation for Public Broadcasting, the John D. and Catherine T. MacArthur Foundation, Wyncote Foundation and the National Endowment for the Arts and Artworks.

WORLD is produced by GBH in partnership with WNET and is distributed by American Public Television (APT). Find out more at WORLDChannel.org

To find out more about APT’s programs and services, visit APTonline.org.