The Best Online Games That Take Place In The Fictional Worlds 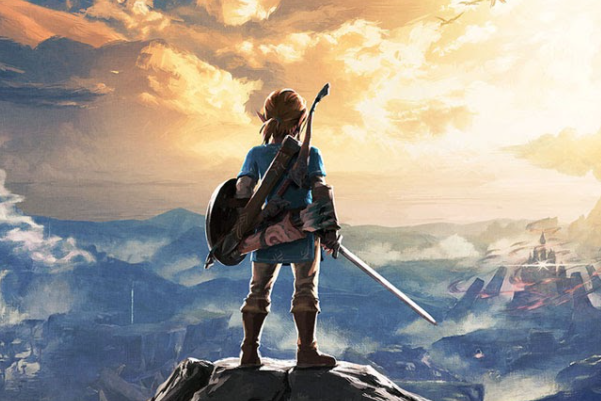 The use of fiction in online games has always been catchy, and it explains why developers try to outdo each other by exploring their deepest fantasies in an attempt to create games with amazing fantasy settings. The same is experienced in movies, TV shows, animations, etc. However, the biggest emphasis is laid on online games because players do not just watch, they explore the story fully by living and participating in it.

The fun and excitement are only comparable to playing slots and casino games since the thrill is heightened by the risk of winning or losing money. Software providers have also shown great prowess in the creation of games with superb fantasy themes. The likes of Golden Goddess free slots can give you a distinct picture of the thematic brilliance in online slots.

The best online gaming experience requires an exceptional fictional world, a good narrative, and an intriguing storyline that will create an interactive experience. The game should also create characters fully equipped with great physiques, accessories, and voices that will allow the gamer to explore the fictional world. The most remarkable games include:

Meanwhile, here are the top games that take place in fictional worlds meeting our definition of greatness:

This Nintendo game has the kingdom by the name Hyrule. The kingdom has been the home to the characters like Ganon, Link, and Zelda over this entire franchise. The original game was released in the 80s, and it currently has about 19 sequels. The storyline mainly involves incarnations of a young hero, Link, and Princess Zelda. Link is usually trying to save Hyrule from the evil Ganon.

Hyrule has set an epic stage for each of the games in this series. It is a fictional medieval land with a deep history and a unique population. It has been depicted in the light and the dark and has provided an awesome place for the adventures of Zelda and Link. 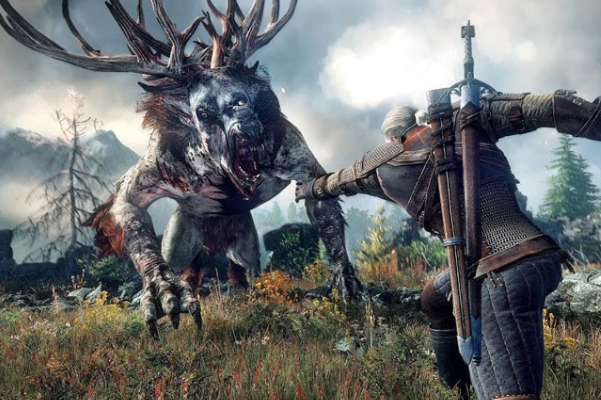 The Witcher 3 is one of the best games in modern times. It is about Geralt of Rivia, who is trying to find his adopted daughter. The girl is on the run from the Wild Hunt. It is set in the fictional world called the Continent inhabited by humans, beasts and monsters, dwarves, and others. It is complete with various cities and islands with vibrant rulers. In this game, the Continent is under attack from a different empire, and that forms a part of the storyline.

This game has an elaborate setting and depth of execution that can keep you glued for hours. It is certainly worth trying. The same brilliance is showcased in the Witcher TV series.

Bioshock Infinite is the third entry in its series of games. Even though the theme and concept remain the same, the storyline of this game is quite different. It follows in the adventures of Booker DeWitt, who is sent to Columbia on a mission to rescue a prisoner by the name Elizabeth. However, they get involved in other conflicts leading to the gist of the game.

Its fictional world, Columbia, is set in 1912 as a floating city of the United States. However, it becomes a powerful military force that eventually seceded from the US and wanders away into the clouds under the leadership of Comstock. It features films that reveal its deep history through the game. You will love the flying steampunk city with its elaborate components that create a great setting for the first shooter online game. 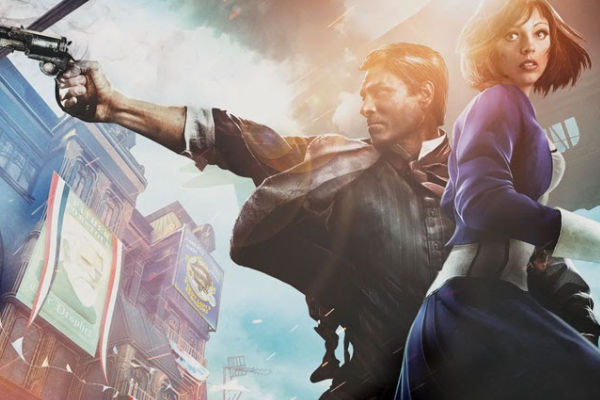 Shadow of the Colossus

This is another action-packed online game that is set in a fantasy world called the Forbidden Land. It is a unique game because it does not have characters, towns, or enemies to beat other than colossi. The main character is called Wander, and he commits the dreaded mistake of entering the Forbidden Land. As a result, he has to ride on horseback, defeat the colossi, which are 16 huge beasts, and save a girl whose name is Mono. It is not very straightforward since the monsters can only be beaten by attacking their specific weak spots.

The Forbidden Land is an amazing fantasy world worth exploring. It is a sparsely populated peninsula with old structures, ruins, lakes, caves, canyons, and much more. It is bordered by the mountain and the ocean, thus separating it from other lands. People can only access the Forbidden Land through a small gap in the mountains that open up to a bridge. This weird land earns a spot among the best online games in fictional settings. 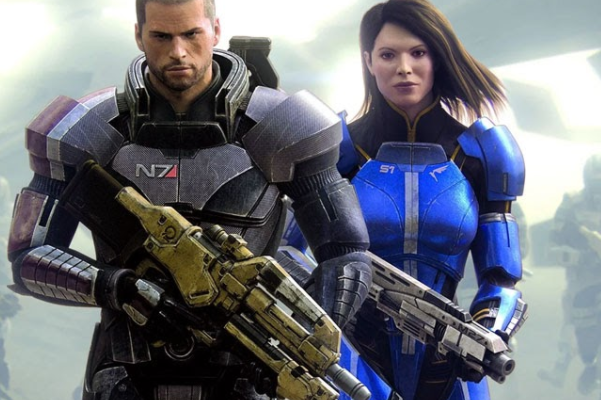 The Mass Effect is an exciting series of games that goes deep into the world of space and military. The main character is Commander Shepard, who is on a mission to rescue the galaxy from the marauding beings called the Reapers. This series is slightly over a decade old since the first game was released in 2007. And the last one, Mass Effect Andromeda, was launched in 2017. Another masterpiece in this series seems to be in the pipeline and will be released soon.

The fictional setting of this game is called the Milky Way. Here are some features of this world:

Many movies, films, and games have attempted to create a space setting, but this one will certainly tickle your fancy. You should take up the commander’s role and get engrossed in this intriguing world.

The Super Mario Sunshine is an excellent Nintendo game that has exhilarated gamers for years. It comes after Super Mario 64, which was also a major hit in this series of games. The plot is centered around Mario, who is attempting to collect Shine Sprites and prove his innocence. These things were initially stolen by Bowser Jr, disguised as Mario; hence Mario has to go on this mission to regain his lost glory. The game has been enhanced by the addition of Fluid Liquidizing Ultra Dousing Device (FLUDD), which uses water to assist Mario in his quests.

The fictional setting is the Isle of Delfino, which is an exquisite tropical resort in the shape of a dolphin. The island is beautiful and bright, and a part of Mario’s quest is to rid the island of graffiti that threatens its aesthetic nature. The awesome setting of this game creates a beautiful aura that can be soothing. It is unique in comparison with all the other games on this list.

All in all, you can try any of these if you want to be deeply engrossed in a fictional world that looks close to real. The experience while playing such video games is breathtaking and can be addictive courtesy of the superb visuals, elaborate storylines, and more. Play for an unforgettable experience.