‘The Best Of Bond…James Bond’ Compilation With Harlem’s Alicia Keys, Turner And More

On Friday, November 20, 2020, UMe will release an updated version of The Best Of Bond…James Bond, a digital, 2CD, and 3LP black vinyl compilation featuring celebrated theme songs from the longest-running film franchise. In addition, a limited-edition gold vinyl will be available exclusively via uDiscover Music and Sound of Vinyl.

The new collection will include “No Time To Die” by Billie Eilish from No Time To Die, the 25th film in the series*. Also now included will be Adele’s “Skyfall” from Skyfall, the highest-grossing Bond film to date, and Sam Smith’s Spectre theme, “Writing’s On the Wall,” – Oscar® winners for Best Song in 2013 and 2016, respectively.

In addition to Harlem’s Alicia Keys, Billie Eilish, Adele, and Sam Smith, included is the signature instrumental “James Bond Theme” by The John Barry Orchestra, which remains one of the most recognizable themes from film. The collection also includes Dame Shirley Bassey (“Goldfinger,” “Diamonds Are Forever” and “Moonraker”).

With “Goldfinger,” Bassey achieved her first Top 10 hit, reaching No. 8 on The Billboard Hot 100 and No. 2 on the Adult Contemporary charts. Bassey made her Oscars® debut at the 85th Academy Awards®, where she performed a spectacular rendition of “Goldfinger” as part of the telecast’s James Bond 50th Anniversary tribute, which was celebrated by UMe with vinyl reissues of long-out-of-print soundtracks to Dr. No, Goldfinger and Live And Let Die.

Along with Louis Armstrong (“We Have All The Time In The World”), Nancy Sinatra (“You Only Live Twice”), Lulu (“The Man With The Golden Gun”), The Best Of Bond…James Bond also includes Paul McCartney & Wings (“Live And Let Die”).

Written by Paul McCartney and Linda McCartney, performed by Paul McCartney & Wings and produced by former Beatles producer George Martin, the title theme song hit No. 2 on the chart, and it was nominated for both a GRAMMY® Award, for Best Instrumental Arrangement Accompanying Vocalist(s) / Best Background Arrangement, and an Academy Award®, for Best Original Song.

The single “Live And Let Die” became the first Bond theme song to win a GRAMMY® award (Best Pop Vocal Performance, 1973), and the song continues to be a highlight in McCartney’s live performances.

The Best Of Bond…James Bond also features Carly Simon (“Nobody Does It Better”), Tina Turner (“GoldenEye”), Duran Duran (“A View To A Kill”), Sheryl Crow (“Tomorrow Never Dies”), Madonna (“Die Another Day”), Garbage (“The World Is Not Enough”). With the release of “Skyfall,” Rolling Stone compiled its Top 10 James Bond Theme Songs, all 10 of which, of course, appear on this set, including Tom Jones (“Thunderball”) and Matt Monro (“From Russia With Love”).

Universal Music Enterprises (UMe) is the centralized U.S. catalog and special markets entity for UMG. Working in tandem with all of the company’s record labels, UMe provides a frontline approach to catalog management, a concentration of resources, opportunities in new technologies, and an emphasis on strategic marketing initiatives to engage all types of consumers across multiple entry points and platforms.

EON Productions Limited and Danjaq LLC are wholly-owned and controlled by the Broccoli/Wilson family. Danjaq is the US-based company that co-owns, with Metro Goldwyn Mayer Studios, the copyright in the existing James Bond films and controls the right to produce future James Bond films.

EON Productions, an affiliate of Danjaq, is the UK based production company that has made the James Bond films since 1962 and together with Danjaq controls all worldwide merchandising. For more information, visit 007.com and 007Store.

Metro-Goldwyn-Mayer (MGM) is a leading entertainment company focused on the production and global distribution of film and television content across all platforms. The company owns one of the world’s deepest libraries of premium film and television content as well as the premium pay television network EPIX, which is available throughout the U.S. via cable, satellite, telco, and digital distributors. In addition, MGM has investments in numerous other television channels, digital platforms, and interactive ventures and is producing premium short-form content for distribution. 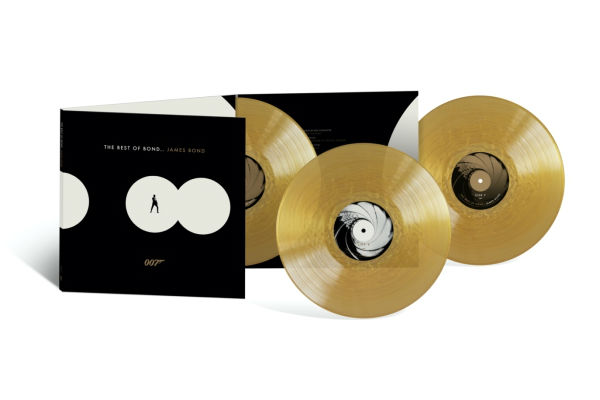 Universal Pictures is an American film studio, owned by Comcast through its wholly-owned subsidiary NBCUniversal, and is one of Hollywood’s “Big Six” film studios. Its production studios are at 100 Universal City Plaza Drive in Universal City, California. Distribution and other corporate offices are in New York City.

It is the world’s fourth oldest major film studio, after the renowned French studios Gaumont Film Company and Pathé, and the Danish Nordisk Film company. Six of Universal Studios’ films; Jaws (1975), E.T. the Extra-Terrestrial (1982), Jurassic Park (1993), Despicable Me 2 (2013), Furious 7 (2015) and Jurassic World (2015) achieved box office records, with the first three (which were directed by Steven Spielberg) all becoming the highest-grossing film at the time of its initial release.

United Artists Releasing, a joint venture between Metro Goldwyn Mayer (MGM) and Annapurna Pictures (Annapurna), is a U.S. theatrical releasing company. Built upon the legacy of the iconic United Artists motion picture studio, the joint venture provides a home where filmmakers are supported by thoughtful approaches to marketing, publicity, and distribution.

United Artists Releasing offers content creators an alternative distribution option outside of the studio system and supports Annapurna and MGM’s film slates as well as the films of third-party filmmakers.