The Astrology Of Sex And Love In Harlem 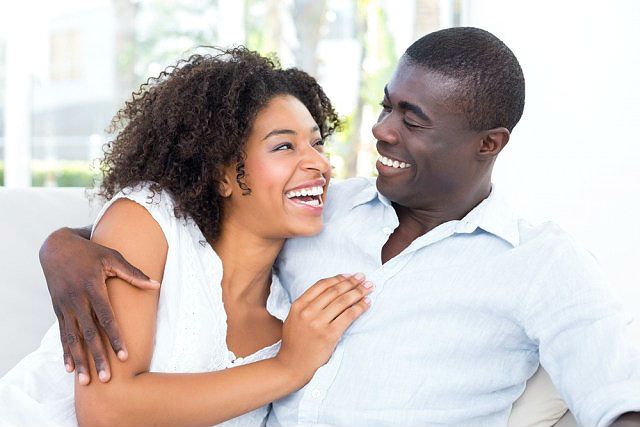 Though the world of astrology is often a little controversial, some believe there’s a lot to learn about ourselves and others from exploring natal birth charts and sign placements. For many of us, sex is one of life’s most intriguing topics.

Astrologists often look to the planets and stars to gain insight about individual temperaments, sexual preferences and styles. The planet Venus, known as the mother of sex and love, is often astrology’s starting point for understanding sexual identities and relationships. Energy exchanges occur through sexual encounters, and astrologists believe that Venus’s position in a person’s natal chart can tell us how they behave in various aspects of sex.

We like to take things with a grain of salt, but if astrology is your thing, here’s our exploration of the sign’s sexual personalities.

Venus or Mars in Cancer: Cancer lovers are known for being sensitive and sweet in bed. They can be one of the most romantic signs of the zodiac, and they’re normally turned on by partners who are confident and open. That said, they won’t easily share their desires and fantasies until they can trust you. Cancer lovers want to be all yours, and their perfect scenario would mean spending all day in bed with their partner. Protective and emotional, Cancers are the most sentimental and romantic of all the signs.

Venus or Mars in Leo: For Leos, sex revolves around undivided attention and adoration. They’re most turned on by a doting partner and their strong sense of pride makes them want to be the best in bed. They will definitely take care of a partner, but they also have a natural inclination to take care of themselves first. Sometimes jealous, Leos usually want to impress their lovers with sexual prowess which makes them very open in bed. On an emotional level, their sexual fantasies come from a deeper desire for love and affection.

Venus or Mars in Virgo: For Virgo lovers, sex is a necessary part of health and general wellbeing. They use sexual expression to release everyday stress and tension. Sex is normally simple, sweet, and straightforward. Virgo’s also love doing small acts for their partners to show appreciation. Sometimes insecure, they tend to make up for it by paying attention to what you like. They focus on things that turn you on and strive to please. While they’re insatiably curious about sex, they often keep fantasies to themselves. Don’t let that fool you—they’re not afraid to explore.

Venus or Mars in Libra: These people love to please their partners, and they seek balance within their sexual relationships. Libra’s long to get things right, and they have a strong need for growth within sexual encounters. While they’re often givers in bed, they also expect their partners to give in return and equally. They’re quite provocative in a reserved way and they’re known for being natural-born charmers. When it comes to sex, Libras want the atmosphere and the mood to be on point. Think candle-lit rooms, sexy music and silky sheets.

Venus or Mars in Sagittarius: These people think of sex as a sport. They’re very direct with their desires and needs in bed and possess a refreshing childlike frankness. Sagittarian lovers like to have fun in bed, and laughing is a major turn-on. They can be a bit selfish and aren’t into big romantic gestures. For them, the best way to have sex is to simply just do it.

Venus or Mars in Capricorn: Straightforward and blunt when it comes to sex, Capricorns are often attracted to strong and powerful lovers who show authority on some level. They also enjoy secrecy and discretion and are normally private about their sexual encounters. Grounded by nature and the earth, they stick to a no-frills method of love-making. Generally content with simple consistency in sexual acts, they feel that variety and spontaneity are less important than security.

Venus or Mars in Aquarius: These water-bearers have a very take-it-or-leave-it attitude when it comes to sex. Aquarius lovers are not known for being warm and open, although they’re very enthusiastic about trying new things. In bed, they usually come off as effortlessly cool and experienced. And they can also become highly turned on when their partner isn’t—detachment can often cause them to want someone more.

Venus or Mars in Pisces: Open to many forms of sexual expression, Pisces lovers are normally willing to please. They’re highly romantic and emotional, but also a bit shy and withdrawn. They act almost like chameleons, and it’s sometimes difficult to pin down their thoughts and desires. While they can be very sensitive, they are also quick to forgive. They can come off as detached and spacey, but they can also be the most romantic lovers.

Venus or Mars in Taurus: Sex and romance involve all of the senses for this sign. Probably the most physical of sexual partners, touch is very important within their interactions. Not known for spontaneity, they’re very good at what they do. They like to live in the moment, in a natural and highly physical way. Not having sex is difficult for a Taurus, so they’re seemingly always paired up with a sexual partner. They’re known for having a high stamina, so sex is usually long-lasting and steady.

Venus or Mars in Aries: Aries folk love for their partners to give themselves fully. Sex can be spontaneous and often void of restriction. Some are addicted to games and love a good conquest, and they also have powerful desires. Aries lovers can be selfish in bed and quick to jump to the main act, without much foreplay. At the same time, they’re passionate, sincere and highly enthusiastic lovers. Hair touching and face caresses excite them, as their most potent erogenous zone lies in the head. They’re also up for adventure and feel confident in sexual expression.

Venus or Mars in Gemini: This sign is often turned on by talking and laughing in bed. They adore kissing, and oral pleasures are of great importance to Gemini lovers. Role-playing and extended foreplay are also things they greatly enjoy, as Geminis are usually all about having fun in bed. They’re enthusiastic, imaginative and curious about all different types of sexual expression, but they can also tend to overthink sometimes. Less driven by their erotic desires, Geminis normally react with logic and reason. They’re driven by intellect instead of emotion, which makes them question the “what ifs” involved in sexual interactions.

Make sure it all goes well with Maude.

Maude is a modern sexual wellness brand created to simplify sex with body-safe essentials like vibrators, condoms, lubricants and other personal care goods.