The American Classical Orchestra Presents “Revisit: The Chaconne Project” At The Harlem Parish 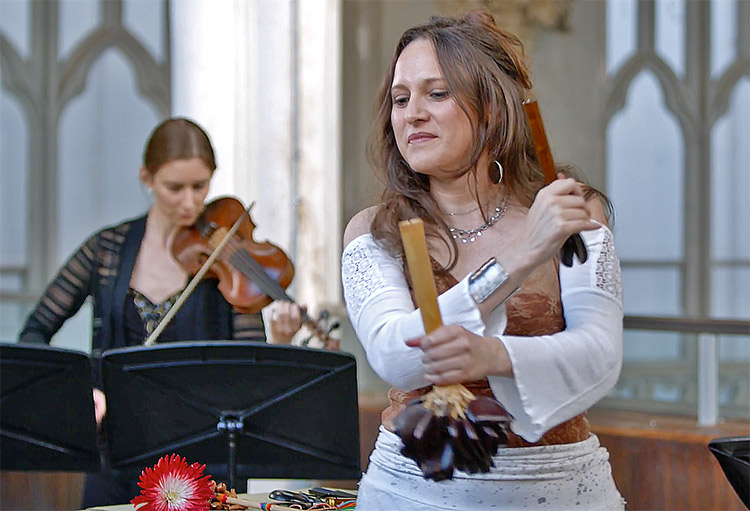 The American Classical Orchestra (ACO) returns to the historic Harlem Parish, the stunning location of its highly-praised 2020 digital production of The Chaconne Project.

This is an intimate, creatively staged live performance of the program.

The chamber concert was initially scheduled for February 3, 2022, but postponed due to the Omicron variant.

The title of this salon concert—Revisit­—refers to the ACO’s much-praised fall 2020 digital release of The Chaconne Project, filmed at one of the City’s prime examples of Neo-Gothic architecture, the Harlem Parish.

With Revisit, the original cast of musicians reassembles in the same gorgeous setting and performs the program live.

This vibrant concert offers ten examples of the chaconne—a musical genre characterized by its repeating bass line—and sheds light on its evolution as it passed from street to salon to concert hall.

Thomas Crawford leads the chamber ensemble comprised of strings and plucked instruments, with voice and percussion.

It showcases Mexican mezzo-soprano Guadalupe Peraza, who appeared as a featured soloist with the New York Virtuoso Singers and at the majestic Teatro de la Ciudad Esperanza Iris in Mexico City.

Ticket holders will need to follow the venue’s guidelines and show proof of full vaccination against COVID-19 in order to enter the building.

He also conducted the world premiere of Keith Jarrett’s Bridge of Light at Alice Tully Hall, subsequently recorded on the ECM label.

An accomplished composer, organist, and choirmaster, Crawford won the prestigious BMI composition award for his organ work Ashes of Rose, which premiered at the American Guild of Organists.

A passionate activist determined to bring the beauty of period music to a wider audience, Mr. Crawford’s educational activities with the Orchestra received a Learning in the Arts for Children and Youth award from the National Endowment for the Arts, recognizing the ACO’s dynamic music outreach to New York City schoolchildren.

A Pennsylvania native, he holds degrees in organ performance and composition from the Eastman School of Music and Columbia University in Harlem.

Founded in 1984 as the Orchestra of the Old Fairfield Academy, the ensemble was renamed the American Classical Orchestra in 1999. Founder and Artistic Director Thomas Crawford established its new and permanent home in New York City in 2005.

It is now the City’s only full-scale orchestra dedicated to performing 17th, 18th, and 19th-century music on period instruments.

Described as “simply splendid” by The New York Times, ACO players are the foremost in their field, consisting of artists who also perform with such major New York ensembles as the Orchestra of St. Luke’s, Handel and Haydn Society, and the New York Philharmonic.

Its principal players are Faculty members at The Juilliard School, and the ACO works closely with students enrolled in the School’s Historical Performance Program.

By playing music on original instruments and using historic performance techniques, ACO strives to recreate the sounds that audiences would have heard when the music was first written and performed.

The Orchestra and its “supremely skilled musicians” (Theater Scene) have won critical praise for its recordings, educational programs, and concerts, including appearances at Alice Tully Hall and on Lincoln Center’s Great Performers series, at the Metropolitan Museum of Art, and for a sold-out 25th-anniversary performance of Beethoven’s Ninth Symphony at the Cathedral of St. John the Divine.