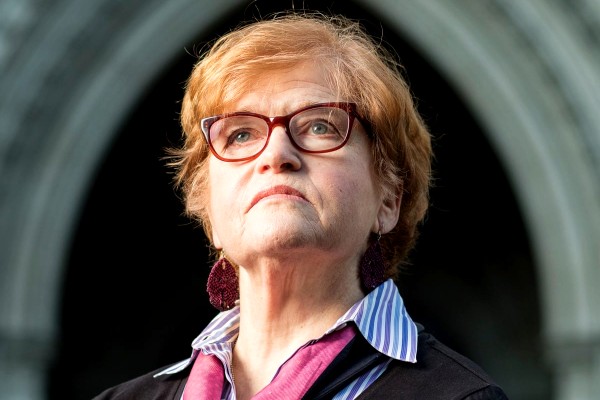 The Alumni Association of the City College of New York (AACCNY) has officially announced Dr. Deborah Lipstadt as the honoree of the 2021 John H. Finley award. Each year, the Association presents the Finley Award to a New Yorker that has proven exemplary and dedicated service to the city of New York. Lipstadt will be honored at the AACCNY virtual gala on Thursday, November 4th, 2021 at 6pm ET.

Dr. Deborah Lipstadt is an author and historian best known for her books Denying the Holocaust, History on Trial: My Day in Court with a Holocaust Denier, The Eichmann Trial, and Antisemitism: Here and Now. She has received presidential recognition for her expertise on the Holocaust and combatting anti-semitism, leading to her appointment to the United States Holocaust Memorial Council by President Bill Clinton.

Additionally, Lipstadt was nominated for the ambassadorship position at the Office to Monitor and Combat Anti-Semitism in the Biden administration. Though not a requirement for the award, Lipstadt is also an alumni of the City College of New York (1969), and a former Townsend Harris Medalist (2009).

“It’s our honor to celebrate the remarkable achievements of Dr. Deborah Lipstadt. She has dedicated her career to ensuring that the historical accuracy surrounding the Holocaust is preserved. It is with great pride that we salute Dr. Lipstadt as she continues to make the City College community proud,” said David Covington, Executive Director of the Alumni Association of the City College of New York.

“City College started me – as it has for millions of others – on a path to a remarkably gratifying career. I remain exceptionally grateful to City College. It has long been and remains one of the jewels in the crown of the city of New York and beyond. Simply put: it changed my life,” said Dr. Lipstadt.

To register for this year’s gala, please visit www.ccnyalumni.org/2021gala

The Alumni Association of the City College of New York

With this mission in mind, The Alumni Association of CCNY seeks to: ENGAGE, generate and sustain meaningful connections among alumni, students, faculty and staff through our many networking events, award ceremonies, and activities.

SUPPORT current students through scholarships, mentoring and networking opportunities, and PROMOTE The City College of New York and its interests.