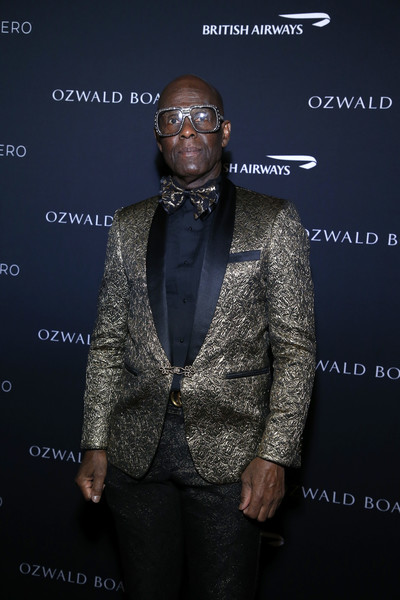 Ozwald Boateng, the one-time wunderkind of London’s Savile Row and the bespoke tailor to the stars, filled the historic Apollo Theater to its rafters in celebration of the 100th anniversary of the Harlem Renaissance.

Boateng launched his first womenswear collection after 30-plus years in the men’s suiting game.

Fresh off dressing Idris Elba for his Marrakesh wedding, with Elba and wife, Sabrina Dhowre, in the front row, Boateng treated his guests Sunday night to an explosion of color and African-inspired prints and textures, some done in modern twists on traditional British tailoring.

Boateng has shown ready to wear in New York before, during fashion week, along with all over the world, but this was an Afrocentric celebration in song, music and film as his walkers shared the stage with their own images on screen.

He told The Associated Press he picked the “epicenter for African American culture” because he’s committed to building a bridge between Africa and the African diaspora. He not only hosted the usual fashion media crowd but opened his doors to Harlem community members and fashion students.

“I just want to be really inclusive when I create,” said Boateng, a Londoner of Ghanaian descent. “We’re in an interesting place now in the world and I feel that I want to express more of my African roots in my work. It’s important to be true to who you are, to be authentic.”

The show, dubbed “AI,” is not what you think. He meant “authentic identity,” ”artistic intelligence” and “ancestral identity,” all phrases that flashed on his big screen. 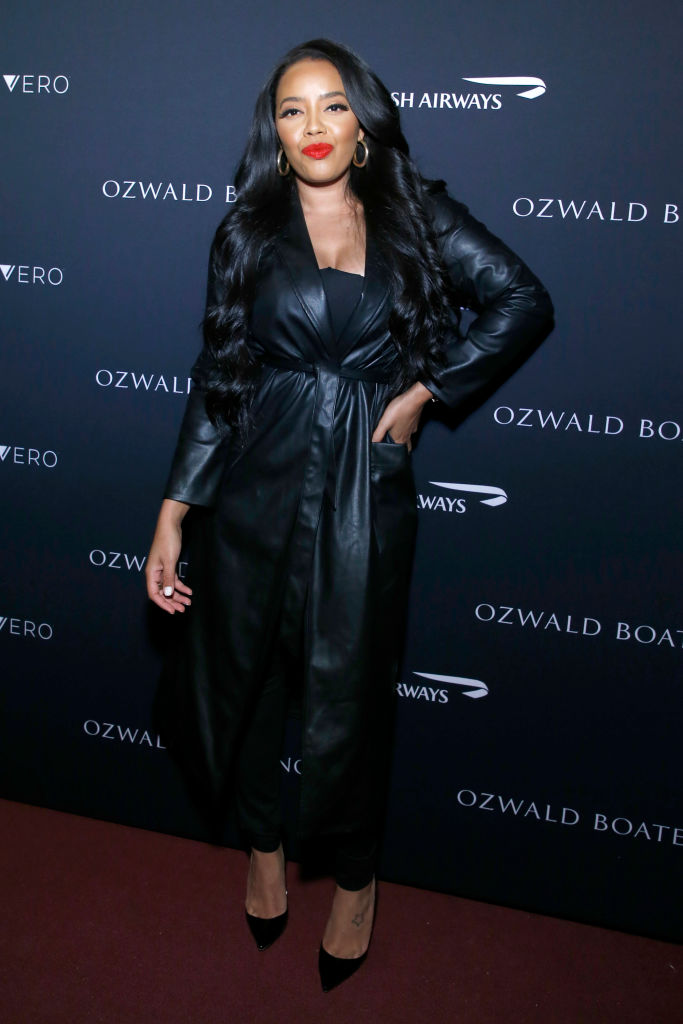 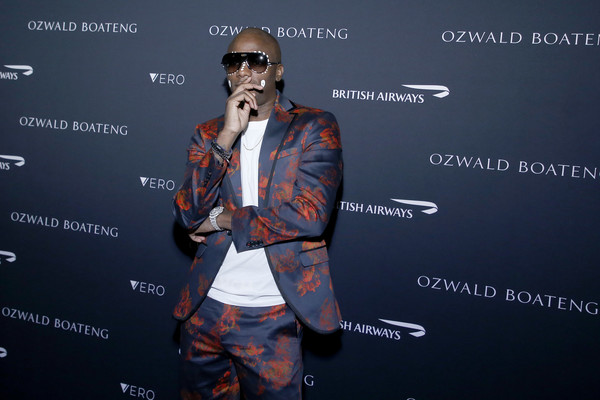 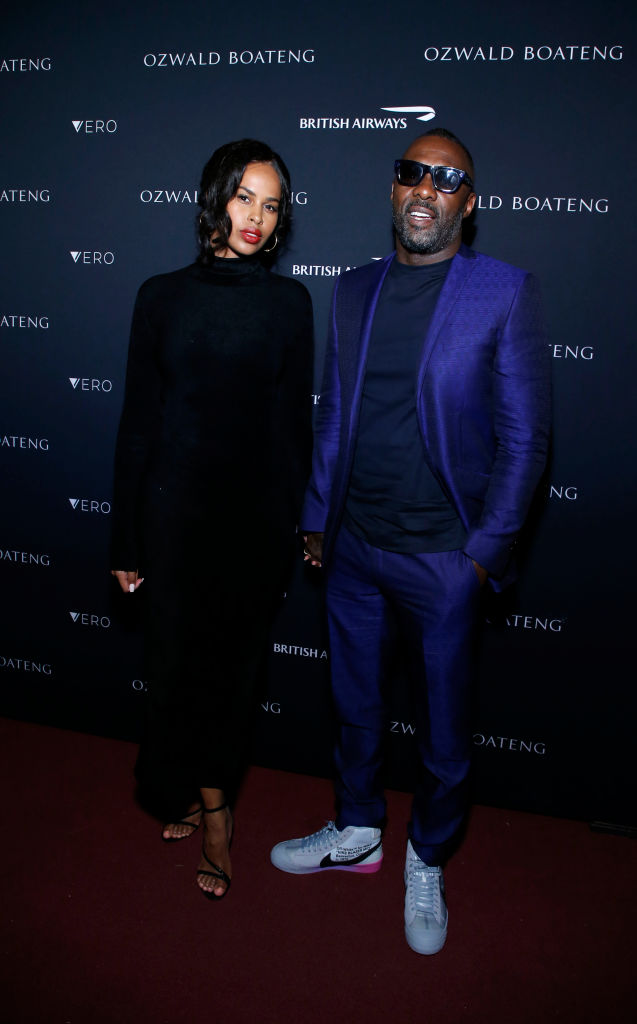 Boateng’s stage lit up after a short film in looks for men and women in orange, red, teal and a gorgeous light hue of purple-blue, done in one standout women’s suit with wide-pleated trousers in a delicate pinstripe design, paired with a men’s-style jacket that had the narrowest of lapels.

He let some vibrant skirts and dresses for women flow freely, noting in his program for guests that at the beginning of the Harlem Renaissance spanning the 1920s, dresses were tailored to allow maximum movement when dancing.

Some of his looks for women included belted suit jackets. Others had wider belts. And he proved he can sex up a backless dress for the ladies as he cuts suits to narrow the waist of wearers who need that and bring out the greatest assets for the men.

Related:  Baby It's Cold Outside, The First Snow Of 2020 In Forecast

Boateng, 52, is known for contemporary takes on traditional Savile Row style. He’s also a former creative director of menswear for Givenchy and was the first black designer on London’s famous tailoring street, in 1995.

He also popped up in Wakanda. Boateng’s custom single-button Mohair suit in teal was featured in a scene on a man with a large ornate lip plate in “Black Panther.” He has produced costumes for a range of other film and TV fare as well and was hired by British Airways to design new uniforms. 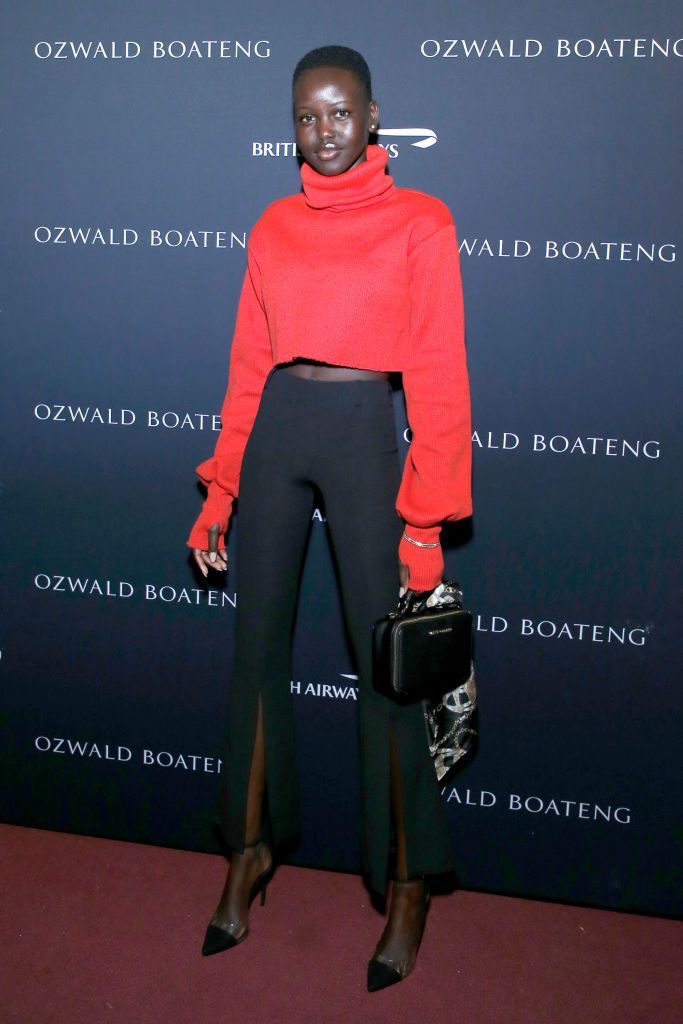 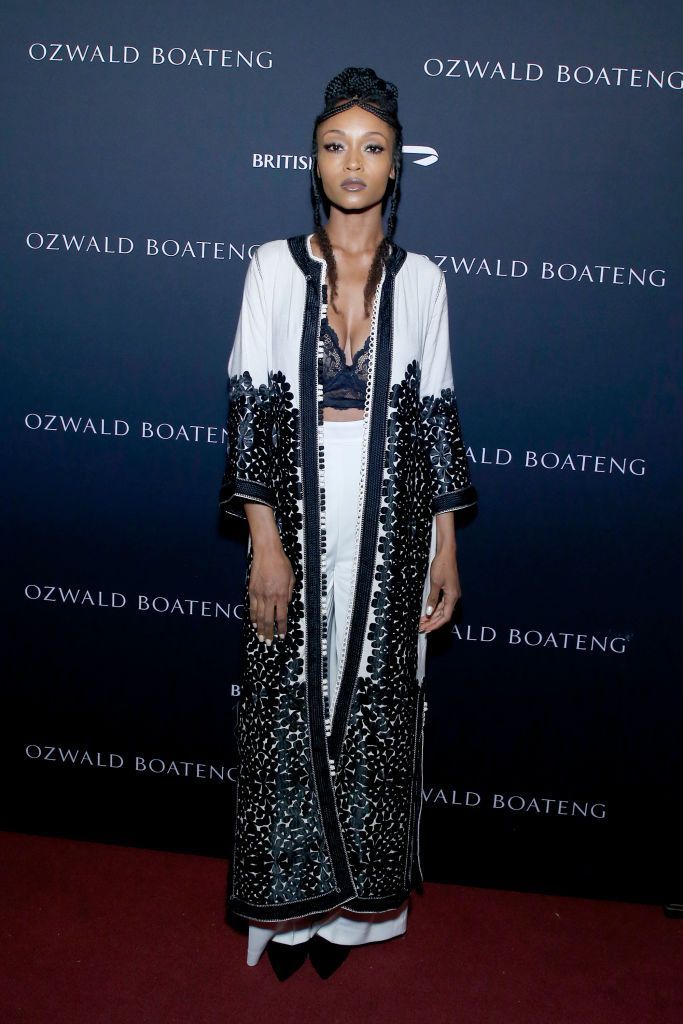 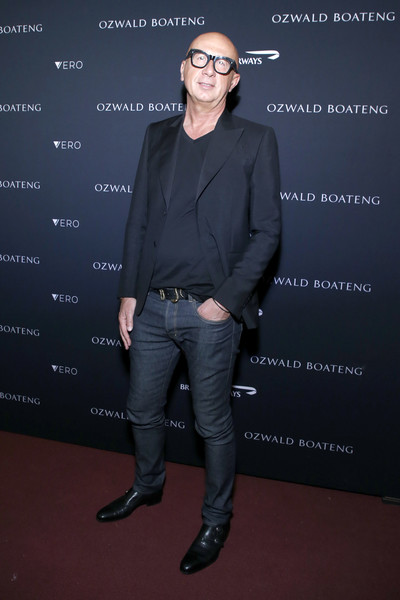 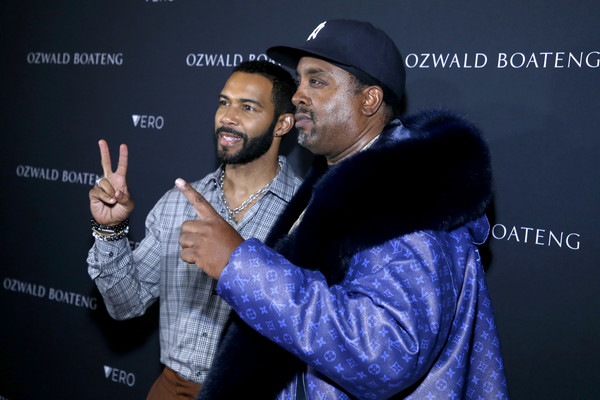 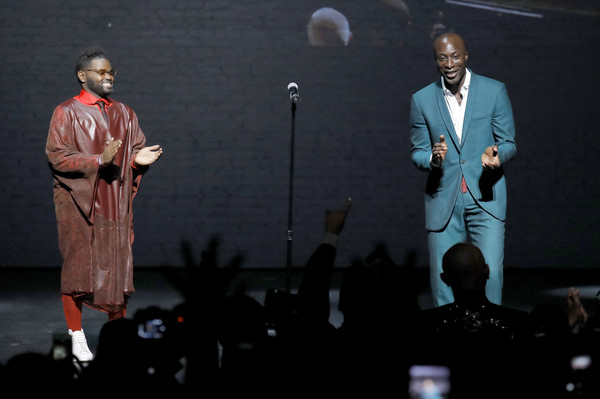 Boateng took Hollywood years ago, with help from some of his famous clients: Will Smith, Jamie Foxx, Laurence Fishburne, and Daniel-Day Lewis to name a few. Foxx was among celebs on hand for Sunday night’s show with Elba — People’s Sexiest Man Alive — along with Harlem’s own designer Dapper Dan, Angela Simmons, and Marco Bizzarri, president and CEO of Gucci.

“Ozwald is the one responsible for billboarding our mission,” Day said.

Boateng and Elba have been friends for a decade. He considered it an honor to make Elba’s black wedding suit for the star’s April 26 walk down the aisle in Morocco.

“Nothing’s more beautiful than seeing your friend in love, completely to his core, and him finding the woman that’s his other half,” Boateng said.

Elba, in a cobalt blue suit, said Boateng has worked hard to encourage more African Americans and African Europeans to culturally connect with Africa through fashion.

“He’s a pioneer in bringing that together,” Elba said. “The work continues. I’m proud to see his message getting through.”

Boateng partnered with the Harlem 100 Committee to celebrate the Manhattan neighborhood’s place in history. The Harlem Orchestra performed live and the short film took on the theme of “Africanism,” focused on the importance of authenticity. There was also a surprise opera performance by John Holiday.