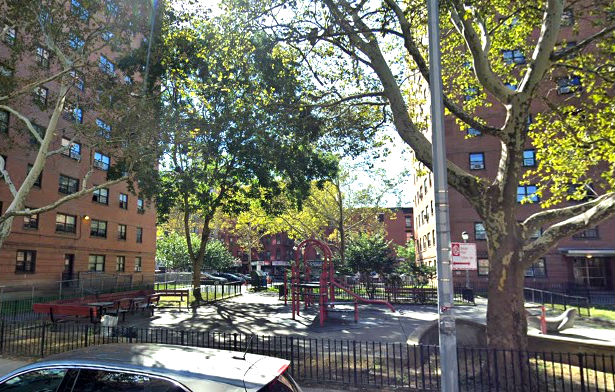 Patch reports add rusted out, decrepit playgrounds to the ever-growing list of problems at the New York City Housing Authority.

Two children were hurt after being struck by falling monkey bars at a playground within the Johnson Houses development on East 113th Street and Lexington Avenue in East Harlem, the New York Daily News first reported. Tynajah Williams, the mother of 9-year-old Rameece Williams, told the Daily News she’s lucky her child is not dead and is considering suing the city.

“There were a lot of kids playing in the park,” Williams told the Daily News. “This park should have been closed off.”

Rameece was playing under the monkey bars around 7 p.m. on Saturday when the playground equipment suddenly broke apart and landed on top of the 9-year-old and a girl, the Daily News reported. The boy was taken to Mt. Sinai Hospital and was treated for injuries to his head and face, Williams told the Daily News.