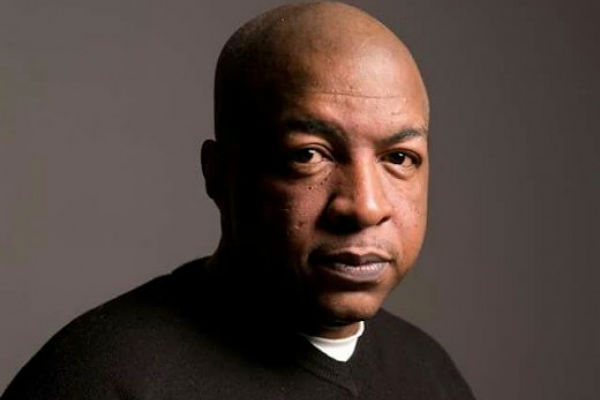 By the Mid-1970’s Hip-Hop began to take the country by storm as an unstoppable music force, and although there was a resistance by the “established” music industry to push-back on what was seen as a “craze.

Born on the streets of New York and played out by inner-city youth with a sense of national pride, hip-hop would become the most widely listened to and purchased music in American pop culture in the 21st century, out selling every other music genre in history.

In the 70’s, inner-city kids were discovering new ways to lend voice musically to the highs and lows of life and sharing their stories in rhyme over dance tracks. This was a scary proposition for the establishment, much in the same way that the 50’s Rock-N-Roll music embraced the Rhythm and Blues that was largely played on the other side of the tracks, the uncertainty of what ghetto life influences would have on middle America was the real craze.

And like a hurricane coming on shore, there could be no denying of this music’s surge. By the time the industry coined the genre as “Rap Music” and making Kurtis Blow the first rap artist to sign a major record deal in 1978, hip-hop music was born. Not because the industry all of a sudden had a change of heart and embraced rap music, but because of people like Ralph McDaniels who created a platform to support this music with a video show, broadcasting it to those in the inner-city and to kids everywhere within viewing range. Video Music Box was created.

Your big day coming up, get wedding invitations here

Now in its 36th year, Video Music Box is the longest-running video music platform of it’s kind. Daniels’ show has featured every major hip-hop artist to ever pick-up a mike to spit rhymes.

I caught up with Ralph to discuss Video Music Box’s history and it’s future along with his views on the status of Hip-Hop music today.

Robert Walker: Ralph, last year on July 7th, 2018, you celebrated your 35th year with Video Music Box, certainly the longest-running show of it’s kind that features Hip-Hop artists. What gave you the idea to start Video Music Box back then and what was the political climate like concerning the state of Hip-Hop music at that time?

Ralph McDaniels: I was always a lover of music and the idea came when some early video performances of R&B, Rock, and Reggae artist were sent to the TV station. There were only a few Hip Hop videos at that time. The Independent labels didn’t have the budget for Hip Hop and the major labels didn’t believe yet. I decided to compile the best of what we had and eventually came to Video Music Box.

RW: Would it be fair to say that Video Music Box has featured just about every well-known hip hop artist of the day?

RM: Yes we worked with all the major Hip Hop, Reggae and R&B artists directly. In the beginning, all they had was VMB for the visuals.

RW: Is there one hip-artist that sorta got away, that you would like to have on the show, past or present?

RM: I would like to work with Chance The Rapper.

RW: The show is primarily a local New York show, but its influence and impact has been felt throughout the country. Do you feel that is correct, and why do you think so?

RM: Yes we are local, but everything happens in New York. We broke artists from Miami, Los Angeles, and Atlanta. Most of those artists were not being broadcast in the there region, so they had to come to NY. We have a big influence globally because anything coming out of New York is hot.

RW: Tell our readers a little bit about your start in the business, and who were some of your mentors in the industry?

RW: Okay, tough question, do you have a particularly favorite hip-hop artist of all-time, and who are some of the rappers in the game today that you like?

RM: I always answer this with Eric B and Rakim. I still love Classic Hip Hop Big Daddy Kane, Treach of Naughty by Nature, KRS-1, Jay Z, and others. I think the game has changed and what Cardi B and others are doing is amazing.

RW: I recall a time when the recording industry and media critics questioned the longevity of Rap music, and said it would fade out just like disco did; and yet today, the influence of hip-hop music is in just about every genre of American pop culture (TV commercials, movies, cross-over music genres, etc.); in fact – I believe it was Billboard Magazine – reported that hip-hop music is the most listened to and purchased music of all the genres of music. Why do you think this is?

RM: Yes, Hip Hop was not accepted by many in the industry in the beginning. but once you went to the venues/ jams and saw it presented, young executives knew it was special. Young people bring new energy to the genre, so you have to pay attention to the next wave.

RM: Where do you see the future of hip-hop – I understand that there is an industry shift now back to R&B music as if the two cannot co-exist or something – what’s your take on this and what do you feel the next phase of hip-hop is headed?

RW: I think melodies in R&B songs can be appealing to young people.

RM: So, if I am a rap artist today and I want to get my music on seen on Video Music Box, can I do so? How does one submit or reach out to you?

RW: Oh absolutely you can reach me on social media @videomusicbox , but the content must be clean for broadcast.

RM: Final question and this is the standard last question I ask all of my featured celebs. If you were giving the commencement speech at NYU – Music grad Class of 2020, what would your message be to those young people about pursuing their dreams in music, or just about life now as an adult?

RW: Hip Hop has always been about do you. Organize your thoughts and present something fresh.

Thank you, Ralph, for this interview and allowing our readers to know more about you and Video Music Box! Here’s to 35 more years of great Hip-Hop!