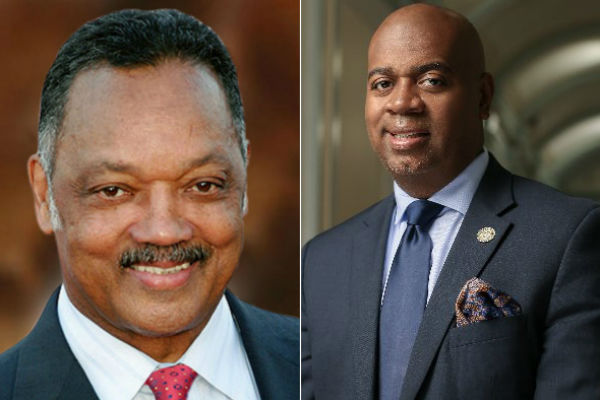 RiseUpNewark.com, the official website, and platform for the study of Newark’s movements for black empowerment, Mayor Ras Baraka. Mayor to the City of Newark, and the New Jersey Performing Arts Center (NJPAC) will present a virtual “Teach-In” called, “Protest to Power: Lessons from Newark, The Making of Newark’s First Black Mayor, Ken Gibson.”

The event will explore questions such as: what made 73% of Newark’s registered voters turn out in 1970 to elect the first Black Mayor and how do those lessons translate to the quest for power today? How does that election 50 years ago help us explain the current uprisings all over the world? How do we attract youth in the quest for power through the vote as well as through protest?

The conversation will start among veterans of the 1960-70s who helped make Mayor Gibson possible; younger advocates, not yet born in 1970 when Gibson was elected the first time, but who have their own ideas about power, will respond and offer their opinion about the direction of the power in the streets. And we’ll be joined by the Rev. Jesse Jackson, President and CEO of the Rainbow PUSH Coalition, a timeless advocate for the importance of the right to vote, who helped mayor Gibson get elected.

The two hour event will be moderated by Junius Williams, Newark Historian and a veteran of the civil rights and black power movements in Newark, and Professor Elise Boddie of Rutgers Law School. The panel of veterans is composed of Fred Means, former Chairman of the Congress of Racial Equality (CORE) and the Organization of Negro Educators (ONE); Vickie Donaldson, former Director of Homeless Services for the Newark Department of Health and founding member of the Black Organization of Students at Rutgers; and Miguel Rodriguez, affectionately known as “The Don of Puerto Rican Politics in Newark”, co-founder of La Casa de Don Pedro, Cura, F.O.C.U.S. and the Puerto Rican Congress. The youth panel includes Zellie Thomas, educator and community organizer with Black Lives Matter, Paterson, NJ; A’Dorian Murray-Thomas, an elected member of the Newark Board of Education; and Beatrice Adams, a doctoral student at Rutgers University.

Mayor Ras Baraka, who will participate in the program, said this about the event: “We must look to the past and study the lessons that history provides. As a young boy I remember my father, Amiri Baraka, and other people tell stories about how the city had to be transformed by protest but also by a very important election in 1970. I am Mayor today because of those people who walked-the-walk as well as talked-the-talk, including special guest Jesse Jackson, who came to Newark to help Ken Gibson become Mayor. There is a lot to be learned from all the people who brought together the coalition to make the election of a black man as Mayor of all the people. But it is also very important to hear what young people have to say about the proper use of this history.”

Junius Williams, the event’s co-moderator and organizer said, “In response to the killing of George Floyd, how do we bottle all that energy in the streets before it goes away; or gets ground into dust, or slips from memory? A study of the 50th anniversary of the peoples’ movements in Newark, NJ that elected Ken Gibson as the first black mayor, may suggest some answers.” “In this teach-in, we will look at the issues, the confrontations, the players, and the coalitions that propelled Ken Gibson into city hall, and draw lessons that can explain the rage and violence racking America after the killing of George Floyd in Minneapolis.”

“I would suggest that the really pressing question is ‘Why should young people see value in the lessons of the past?’ To this question, I would argue that the past is meaningful, especially on the eve of the upcoming election, because it provides a blueprint for how to formulate plans to challenge the ever-changing face of racism and inequality,” said Beatrice Adams.

“The older people need to learn from us as well as teach us”, said Zellie Thomas. “We appreciate what the veterans did, but we can’t relive the past, and in many respects, it is our time now. I join this conversation with the understanding that our perceptions and experiences are just as important.”

For more information and updates about the Arts Center’s response to the coronavirus pandemic, please visit NJPAC’s website.

The mission of RiseUpNewark.com is to develop a powerful multimedia interactive archive to teach the lessons of African American struggle for empowerment in the nation’s major urban centers in the North, focusing on the era of the Civil Rights Movement and beyond. “The North” is a new educational tool for all people, but primarily for youth in grade school through college and beyond, to enable research and to preserve the record of those people who were “foot soldiers” in the Civil Rights, Black Power and other Movements in the North. It is a means to teach social justice issues through the history of the African American struggle for power, and keep these stories alive for generations to come. Newark is the first city to be studied and evaluated, followed by Detroit, Michigan (RiseUpDetroit.org).