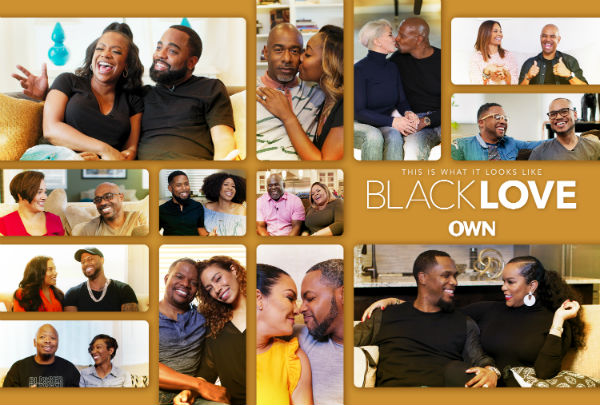 OWN: Oprah Winfrey Network has announced the third season of its popular docu-series “Black Love

” will premiere on Saturday, August 10, 2091, at 9:00 p.m. ET/PT. The series, which celebrates love stories from the Black community, ranked number one last season in its Saturday night time slot across broadcast and cable with African American W25-54 and W18-49.

This season the docu-series will focus on several couples which include Terry & Rebecca Crews, LeToya Luckett & Tommicus Walker, David & Tamela Mann, Kandi Burruss & Todd Tucker, Egypt Sherrod & Mike Jackson as well as numerous everyday couples from all walks of life. “Black Love” continues to pull back the curtain on how a relationship blossoms and the reality of marriage day in and day out, offering proof that it can happen for everyone, but it isn’t without ups and downs.

“) and Confluential Films, seeks to answer the burning question, “What does it take to make a marriage work?” The Olivers set out to increase representation and create transparency around marriage in the Black community and first launched the show as newlyweds. They’ve now been married almost 5 years and are raising three sons under 3 years old. As their marriage and family have evolved, the show’s topics have also deepened.

Here’s is the most popular Black Love video on Youtube below:

OWN: Oprah Winfrey Network is the first and only network named for, and inspired by, a single iconic leader. Oprah Winfrey’s heart and creative instincts inform the brand and the magnetism of the channel. OWN is a leading destination for a premium scripted and unscripted programming from today’s most innovative storytellers. OWN’s original scripted series include popular drama “Queen Sugar,” “Greenleaf

,” “The Haves and the Have Nots

” from box office hit-maker Will Packer.

OWN’s Saturday night unscripted programming lineup includes “Iyanla: Fix My Life,” “Ready to Love,” “Love & Marriage: Huntsville,” “Black Love,” and “To Have & To Hold: Charlotte.” OWN connects with its audience wherever they are, inspiring conversation among a global community of like-minded viewers on social media and beyond. Launched on January 1, 2011, OWN is a joint venture between Harpo, Inc. and Discovery, Inc. The venture also includes award-winning digital platform Oprah.com. Access OWN anytime on WatchOWN.tv or across mobile devices and connected TVs