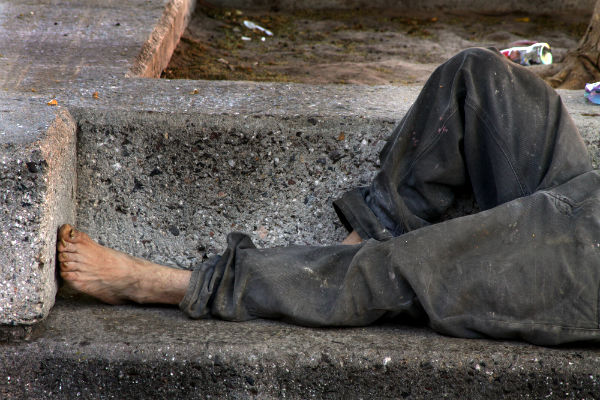 Mayor Bill de Blasio and New York City Corporation Counsel James E. Johnson today joined a coalition of 24 Attorneys General in urging Congress to block the Trump administration’s attempts to cut vital food assistance for millions of Americans. In a letter to Congress, the coalition expressed support for provisions in the House-passed HEROES Act that would prohibit the use of appropriation funds for three U.S. Department of Agriculture (USDA) administrative rules.

The rules would cut food assistance under the Supplemental Nutritional Assistance Program (SNAP) by making it harder to qualify for SNAP food assistance benefits, reducing State flexibility to continue benefits beyond the three-month limit, and reducing benefit amounts for certain households. The coalition argues that, especially during this unprecedented time of economic turmoil due to the coronavirus (COVID-19) pandemic, Congress should work to protect and expand our nation’s largest anti-hunger program.

“At a time when food insecurity in our city and our nation is higher than ever, it is unconscionable that the Trump administration would want to roll SNAP back,” said Mayor Bill de Blasio. “Here in New York, we are doing everything we can to ensure no one goes hungry. The Trump administration should be stepping up and expanding, not restricting, access to food.”

“The poorest in our communities have been hit particularly hard by the current health crisis. They are losing their jobs and struggling to put food on their tables,” said Corporation Counsel James E. Johnson. “The House-based HEROES Act ensures that millions of Americans will continue to receive the food assistance they desperately need.

Any attempt to reduce the number of families receiving food assistance or to reduce the amount of those benefits during this unprecedented economic and global health crisis is cruel and wrongheaded. This is a time when the federal government should be expanding food benefits, not restricting them.”

In March alone, 40 percent of American households with incomes below $40,000 lost jobs.

SNAP, previously known as “food stamps,” is our country’s most important anti-hunger program and a critical part of federal and state efforts to help lift people out of poverty. The program provides people with limited incomes the opportunity to buy nutritious food that they otherwise could not afford. In March alone, 40 percent of American households with incomes below $40,000 lost jobs.

From March 15 to May 15 of this year, 40.8 million Americans filed for unemployment. Unsurprisingly, the number of Americans applying for SNAP benefits has also spiked. As more Americans struggle to put food on the table with each passing day, cuts to food assistance programs that millions need to survive would only compound the suffering of this public health emergency.

The letter was led by District of Columbia AG Karl A. Racine and New York AG Letitia James.

A copy of the letter is available here.

“SNAP benefits are critically important for New Yorkers with the greatest need, a population that has surged in number since the COVID-19 crisis began, and these cuts must be stopped so that our neighbors can continue to have the dignity of access to food. Regardless of what happens in Washington, we will not let any New Yorker go hungry due to this crisis, and I urge any New Yorker who needs help to visit nyc.gov/GetFood to get connected to services,” said Kathryn Garcia, Food Czar and Department of Sanitation Commissioner.

“The SNAP program is literally a lifeline to more than a million New Yorkers, ensuring that families have the ability to buy healthy, nutritious food. The program also generates significant local economic activity. Any restrictions to SNAP are cruel and ill conceived. During these unprecedented times we should be expanding the program, not thinking about how to restrict it,” said Kate MacKenzie, Director of the Mayor’s Office of Food Policy.