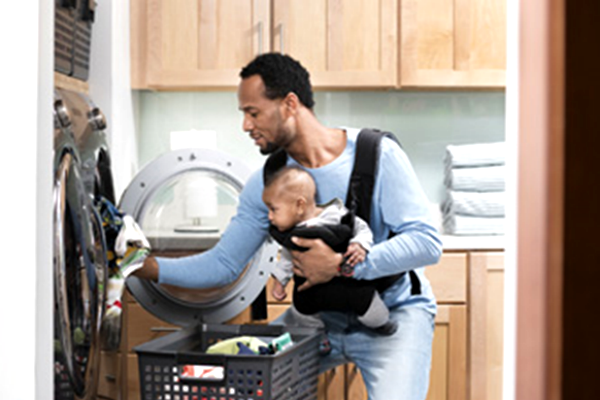 Several recent studies have explored the struggles that many women face with postpartum depression.

However, relatively little research focuses on how men cope with new fatherhood.

A new study conducted by researchers from Lund University found that depression is rather common for new fathers, and those emotions are often linked to feeling insecure in one’s romantic relationship.

For the study, the researchers surveyed over 500 fathers who had infants between the ages of one and 18 months old.

They answered questions about their self-confidence, how they feel in their romantic relationships, and their overall mental health reports Consumer Affairs.

The study revealed that 20 percent of the fathers involved in the study were experiencing severe depressive symptoms after the birth of their children.

The study revealed that 20 percent of the fathers involved in the study were experiencing severe depressive symptoms after the birth of their children.

The researchers also learned that men who had partners experiencing postpartum depression were more likely to be struggling with their own mental health.

“The study shows beyond doubt that parents affect one another and reveals the importance of monitoring how parents in various relationships and family constellations manage and fare over a long period,” Psouni said.

While proximity to depression played a role in the new fathers’ mental health struggles, the researchers also found another common denominator among the men: low self-confidence.

The researchers learned that many of the new fathers experiencing depression were also likely to lack confidence in their abilities to be a good parent and their roles in their romantic relationships.

“Having a negative view of oneself, one’s own characteristics and abilities, while valuing other people highly often leads to a constant worry about not being good enough, about disappointing others and — potentially — losing them,” said Psouni.