Nashville: The War And Treaty Release “Take Me In,” And New John Legend Tour Dates 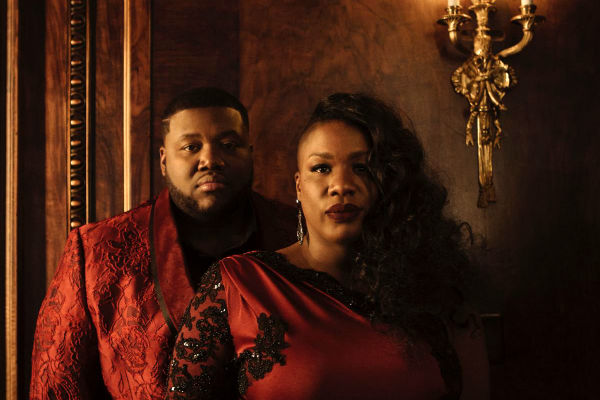 Today, Tanya Blount-Trotter and Michael Trotter Jr., the musical duo known as The War And Treaty – have released “Take Me In,” from their eagerly-anticipated new album Hearts Town, out September 25, 2020.

“Take Me In,” – the track which closes Hearts Town – is a rousing, gospel-tinged, piano-fueled epic that calls for unity amidst times of deep division.

Michael Trotter reflects, “We were seeing so much anger in the world as we were making this album, so we wanted to give people something that told them, ‘Stop looking for the next Dr. King or Malcolm X or Mother Teresa and start looking for the first you.”

“Right now, a lot of people are feeling so deeply engulfed in pain and surrounded by negativity, and sometimes you just need to hear that you’re good,” adds Tanya.

Garden & Gun shared an exclusive preview of “Take Me In” with their readers yesterday. “Tanya and Michael Trotter have voices that will stop you in your tracks,” wrote Dacey Orr Sivewright, adding “This September, the Nashville-based duo will release Hearts Town, an album chock full of the staggering vocal highs and uplifting themes that fans have come to treasure.”

Here’s Take Me In:

Hearts Town is the follow-up to The War And Treaty’s acclaimed 2018 debut Healing Tide. During the past year, the duo maintained a steady touring schedule that included engagements opening for Al Green, Brandi Carlile, and Jason Isbell. They were featured on a multi-artist tribute that aired on the 62nd annual GRAMMY telecast in January, and a few weeks ago, they were among the performers on a star-studded virtual fundraiser for Democratic presidential candidate Joe Biden.

Look for the two dates they are in New York City on August 23 and 24th, 2020, at Radio City Music Hall, also, they are confirmed as the opening act on John Legend’s upcoming tour (rescheduled from this summer to 2021).