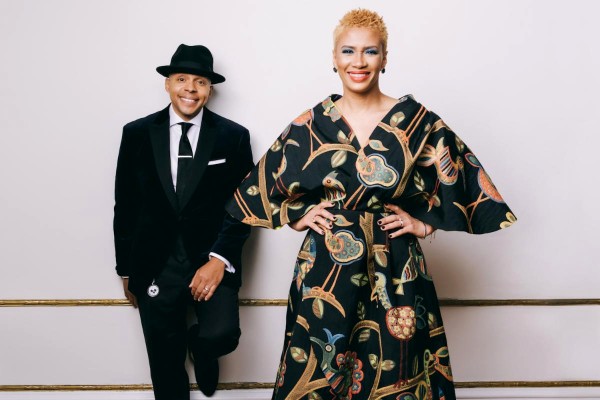 They have been signed to an exclusive distribution agreement, in partnership with their artist-owned label, Be A Light.

Their celebrated latest project, Generations, becomes available for the first time across all streaming platforms on December 10, 2021.

Before forming The Baylor Project in 2013, Jean Baylor burst onto the scene in the mid-1990’s as part of the groundbreaking R&B duo Zhané. Marcus Baylor first rose to prominence in the early 2000’s as the drummer for the world-renowned, GRAMMY®-Award-winning fusion group Yellowjackets.

Last year, their pandemic-era single “Sit On Down” was GRAMMY® nominated in the latter category for a second time.

“The Baylor Project has proven their ability to seamlessly merge core jazz, R&B, and gospel creatively while building a loyal following among fans of all three styles in the U.S. and abroad,” shares Monica Coates, Co-Executive Director, Motown Gospel. “That they did those things as independent artists, making their home at the top of the jazz charts and earning 4 GRAMMY® nominations along the way is truly praiseworthy. Motown Gospel and Capitol CMG are proud to join them in this innovative new partnership.”

The new label relationship rounds out a whirlwind year of accomplishments for the world-renowned duo. The Baylor Project just received its fourth GRAMMY® nomination, a nod in the Best Jazz Vocal Album category for its second full-length album, Generations, released earlier this year.

The album spent over ten weeks at the top of the JazzWeek radio chart, and received worldwide acclaim. The group’s single “We Swing,” featuring jazz legend Dianne Reeves and rising star Jazzmeia Horn, was also just named among NPR Music’s 100 Best Songs of 2021.

“We are extremely excited to partner with Motown Gospel and Capitol CMG on this exciting new venture! We look forward to utilizing our combined resources in a collaborative effort to further bridge the gap between our audiences in a unique way,” states, The Baylor Project.

Motown Gospel is one of the most prominent gospel music companies in the world, boasting over two decades of chart-topping and award-winning artists, albums, and songs.