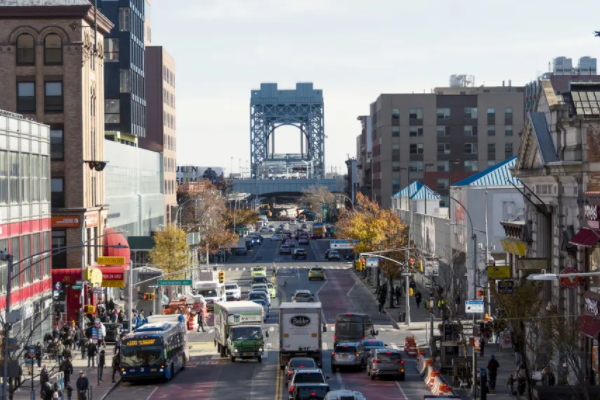 Advocates for the aging are calling on Governor Kathy Hochul to better fund—rather than further study—the State’s independent nursing home oversight program in the wake of over 15,000 nursing home COVID deaths so far during the pandemic.

New York ranks 39th in the nation in spending on nursing home oversight per resident – spending less than a third what California spends, for example; in fact, 30 percent of facilities in New York had not been visited by an ombudsman, according to a 2019 report by the State Comptroller’s Office.

In light of those facts, New York should increase funding for its Long Term Care Ombudsman Program (LTCOP) by $20 million, AARP New York, the Long Term Care Community Coalition, the Center for Elder Law and Justice, and Lifespan of Greater Rochester said in a letter to the Governor (see full letter below).

A study, as the Governor proposed last week in her State of the State Message, would waste time and resources, especially after two audits have already found a need for additional funding, the groups wrote, urging the Governor to include the $20 million funding increase in the state budget she proposes next week.

“Now is the time for funding, not a study that would no doubt delay protections to nursing home residents,” said  AARP New York State Director Beth Finkel. “Our parents, grandparents, siblings, spouses and other loved ones need and deserve better protection and care now. And as increased visiting restrictions are put in place due to the most recent variant, we need to know that our most frail citizens are as safe as they can be.”

“The terrible impact of the pandemic on nursing home residents has demonstrated the need to assure that residents and their families have meaningful access to LTC Ombudsman services,” said Long Term Care Community Coalition Executive Director Richard Mollot. “If we don’t address underfunding of the Ombudsman Program now, when will we?”

“As the legal liaison to the Region 15 Long Term Care Ombudsman Program, the Center for Elder Law & Justice has firsthand experience with the impact of this vital program,” said Karen Nicolson, CEO of the Center for Elder Law & Justice. “As we recover from the devastating effects of the COVID-19 pandemic, and the extreme challenges of isolation on nursing home residents, now is the time to act on behalf of this vulnerable population. New York State must invest fully in this program.”

“For many older adults in long-term care, the Ombudsman is their ONLY advocate,” said Ann Marie Cook,

President/CEO of Lifespan of Greater Rochester. “That person is the only person who can assist them when they have concerns about their care and quality of life. We have seen the devastating impact of COVID in long-term care. We have seen how the isolation, loneliness, and workforce shortage problem have negatively impacted those most vulnerable. Now is our time to act. We need to fully fund the Long Term Care Ombudsman Program so we can ensure people are adequately cared for.”

Every state is required by the federal Older Americans Act to operate an ombudsman program that addresses complaints and advocates for improvements in the long-term care system.

In New York, LTCOP advocates on behalf of older adults and people with disabilities who live in nursing homes, assisted living facilities, and other licensed adult care homes across the state.

Ombudsmen help residents and family members understand and exercise their rights to good care in an environment that promotes and protects their dignity and quality of life.

The State had previously undercounted nursing home COVID deaths and had failed to ensure nursing homes took adequate safety precautions, according to a January 2021 report by the State Attorney General’s Office.

AARP and fellow advocates argued that an adequately-funded LTCOP can not only protect residents but improve their level of care.

To learn more, visit www.aarp.org or follow @AARP and @AARPadvocates on social media.

The pandemic has shined a light on many serious quality care issues in New York’s long-term care facilities.

Our organizations strongly agree that the New York State Long Term Care Ombudsman Program (LTCOP) can play a significant role in raising the level of care provided by long-term care facilities in our state and assuring that every resident is treated with the dignity that they deserve.

We appreciate the announcement to rebuild and grow the health care workforce in your State of State address to the Legislature.

However, we were very disappointed to see in your policy book that you recommend studying the needs of the LTCOP program when it clearly needs additional funding now to meet the needs of some of the frailest people in our state.

We believe the time for a study would be a waste of state resources and unnecessarily delay the assistance that New York’s seniors and families need and deserve.

Furthermore, two audits have already been conducted by the New York State and New York City Comptrollers, both of which substantiated the urgent need for additional funding.

These audits not only highlighted the lack of state investment in our LTCOP, but a review of national data comparing New York’s investment to other state LTCOP programs paints a clearer picture.

This underinvestment in New York LTCOP is directly affecting the ability of the program to effectively carry out its mission.

The New York State Comptroller’s 2019 audit of the program started, “Many residents of LTC facilities in the State lack regular access to ombudsman services, due in part to a decline in the number of volunteers combined with a lack of paid regional program staff.”

According to your State Office for the Aging (NYSOFA), there are about 1,500 facilities in the state, housing more than 160,000 residents who have a need for – and a right to – LTCOP services.

However, LTCOP is allocated only $1.190 million in state resources to cover these facilities.

We respectively request an increase in LTCOP funding with an initial investment of $20 million to add local professional ombudsmen in the field.

Currently, residents in fewer than half of New York State’s facilities have regular access to an ombudsman.

This situation has gotten significantly worse over the course of the pandemic and currently residents in fewer than half of New York State’s facilities have regular access to an ombudsman.

Our organizations believe that absent funding, this number will decline as many volunteers (who are often themselves seniors) have left the program or are unwilling to enter a facility.

Furthermore, the challenges of the persistent pandemic have made clear that New York’s over-reliance on volunteers, instead of paid professional staff, undermines our ability to provide the effective and proficient ombudsman services that every resident is entitled to under the Older Americans Act.

Thank you for your attention to this important matter.