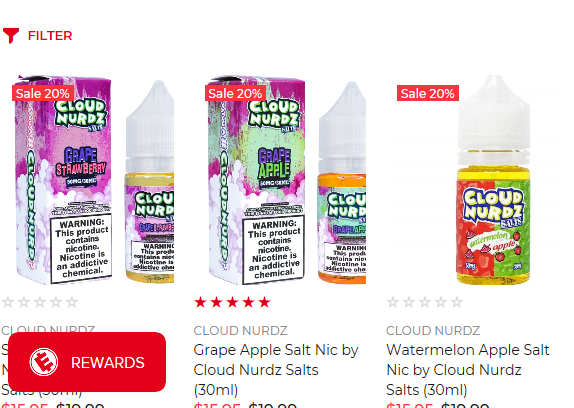 The lawsuit focusing on these vendors for selling their products to underage New Yorkers in an effort to combat the surging use of e-cigarettes by minors. The complaint alleges the online retailers don’t have age verification systems in place and market their addictive goods to minors in violation of City law.

“The kids of New York are the pride of our city, but to these companies, they’re just a source of profit. Preying on minors and hooking them on a potentially lethal, lifelong nicotine addiction is unconscionable,” said Mayor Bill de Blasio. “This lawsuit sends a message: we will do whatever it takes to protect our kids and the health of our city.”

“By selling their addictive and dangerous products to residents under 21 years of age, these defendants have violated a local law which was implemented to stem the epidemic of vaping among young residents and to prevent a new generation from being addicted to nicotine,” said Acting Corporation Counsel Georgia M. Pestana. “While the City Department of Health warns of a sharp rise in vaping among middle and high school students, defendants are targeting their products to these young people, further undermining the public health. We’ve asked the Court to require these retailers to comply with the law and pay damages towards the costs of abating the crisis of underage e-cigarette use within the City.”

“E-cigarette products threaten over a decade worth of progress in fighting nicotine use among kids,” said Health Commissioner Dr. Oxiris Barbot. “We don’t want to lose another generation of young people to Big Tobacco. These products are dangerous and we urge anyone who vapes to stop now.”

A joint investigation conducted by the New York City Sheriff’s Office and the New York City Law Department during July and August 2019 focused on the age verification practices of national online retailers and revealed that City residents under the age of 21 were able to freely access the websites of the companies named in the lawsuit and purchase e-cigarette products in violation of Local Law 94 of 2013.

Many of the websites did not use age verification services, which utilize databases of government records to verify the identity and age of purchasers before transactions can be completed. In many cases, purchases went through even though the buyers indicated that they were younger than 21. A number of the defendant companies have been previously cited by the Food and Drug Administration for illegally selling to minors.

New York City has faced the public health crisis caused by tobacco products for many years. Over the last decade, the City has seen a surge of e-cigarette use, especially by minors, even as rates of use of traditional cigarettes by both adults and youth in the City have consistently declined.

Online e-cigarette retailers, including those named in the lawsuit, target their sales to young people by offering products that taste like candy, children’s breakfast cereals or sugary beverages.

Literacy and education of the dangers of e-cigarettes is key to the City’s prevention efforts. Last week, The Department of Health and Mental Hygiene launched a bilingual, multi-platform digital media campaign—including Instagram, Snapchat, Twitter, YouTube, Hulu, Facebook, and Google search—to educate teens about the dangers of e-cigarettes. The fast-paced videos, which will run until the end of the year, alert young people to the dangers of nicotine addiction and vaping products, including the presence of toxic chemicals.

Celebrate Fair Trade Month with up to 30% discounts at GlobeIn through 10/26. Shop Now!

“Vaping and electronic cigarettes pose a threat to our youth, as demonstrated by the hundreds of New Yorkers that are falling ill due to these hazardous products,” said State Senator Gustavo Rivera, Chair of the Senate Health Committee. “This lawsuit is a strong message by the city and an important step towards stopping these increasingly dangerous products from being illegally sold to minors.”

“Vaping has reached epidemic levels among young people in New York City and we have simply not been doing enough to protect kids from the dangers of these highly addictive products,” said City Council Health Committee Chair Mark Levine. “The companies named in the Mayor’s lawsuit have sold–and continue to sell—vaping products in candy-like flavors that are clearly designed to appeal to young people and their strategy has been working. To protect our children we need to get these flavored products off the shelves and hold tobacco companies accountable for illegally taking advantage of the loose regulation of online sales to get their nicotine products in the hands of underage New Yorkers. The time for action is now and we must use every tool available to us to combat underage use of e-cigarettes in the city. ”