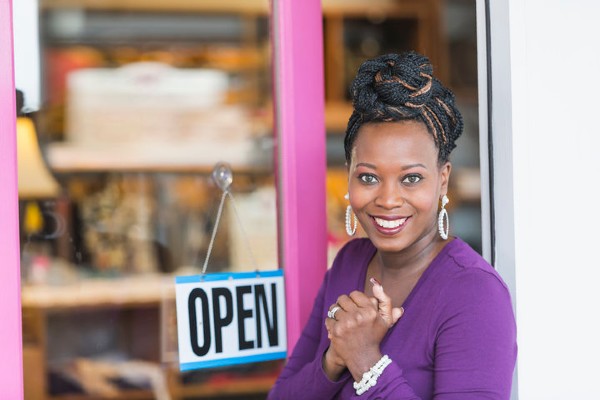 Part of his vision for New York to become a more inclusive, equitable “City of Yes.” The plan, announced this morning at the Association for a Better New York breakfast, includes three major citywide amendments (Zoning for Economic Opportunity, Zoning for Housing Opportunity, and Zoning for Zero Carbon); an effort to invest in and plan around emerging job hubs and commercial corridors in all five boroughs, starting in the Bronx; and initiatives to cut red tape and center equity in planning.

“We are going to turn New York into a ‘City of Yes’ — yes in my backyard, yes on my block, yes in my neighborhood,” said Mayor Adams. “These proposals focused on economic recovery, affordable housing, and sustainability will remove red tape for small businesses, expand housing opportunities in every neighborhood, and accelerate the transition to our energy future. New Yorkers are not going to wait around while other cities and other countries sprint towards a post-pandemic world, and now we won’t have to.”

“A citywide recovery requires a citywide approach, including how we create opportunities for New Yorkers using our tools of zoning and land use,” said Deputy Mayor for Economic and Workforce Development Maria Torres-Springer. “I am proud to be advancing three citywide zoning text amendments focused on some of our city’s most urgent challenges — supporting our businesses, increasing housing options, and reducing our carbon footprint — and jumpstarting neighborhood planning efforts around the Bronx Metro-North stations and across all five boroughs to bring opportunities closer to residents.”

“​This is an important step towards making it easier for buildings to reduce their carbon emissions and energy consumption, which will help us fight climate change,” said New York City Chief Climate Officer Rohit T. Aggarwala.

“These citywide initiatives will help us significantly to create jobs, to promote a more sustainable city, and to deliver housing everywhere,” said New York City Department of City Planning (DCP) Director and City Planning Commission Chair Dan Garodnick. “And what’s more, we are committed to making our land use process work faster and better as we deliver results. With these changes, we’re setting the stage for a more adaptable New York City that moves with the times.”

Mayor Adams’ “City of Yes” plan follows his “Rebuild, Renew, Reinvent: A Blueprint for New York City’s Economic Recovery,” and comes ahead of the release of his housing plan.

The first citywide text amendment — Zoning for Economic Opportunity — will provide local businesses with the flexibility to repurpose their space for a post-pandemic city.

The second citywide text amendment — Zoning for Housing Opportunity — will encourage the creation of more housing in neighborhoods across the entire city. This amendment will:

The Adams administration will also continue delivering on its commitment to invest in growing business districts and emerging job hubs across all five boroughs with a planning effort around coming Metro-North train stations in the Bronx.

DCP will jumpstart the process in collaboration with the local community and the City Council to create new jobs and affordable homes, identify infrastructure investments, enact land-use changes, and strengthen the workforce and economic development work to build on this once-in-a-generation opportunity.

Building on Mayor Adams’ years of work as Brooklyn borough president on a neighborhood development initiative along Atlantic Avenue in Crown Heights known as M-CROWN, the administration will work with the community there and communities across the city, as well as the City Council, to plan for neighborhood development, job creation, and mixed-income housing.

Delivering on another commitment in his economic recovery blueprint, Mayor Adams launched the New York City Strategy for Equity and Economic Development (NYC SEED) Fund, which will provide neighborhood-wide capital investments in areas where those funds will most effectively catalyze the creation of jobs, housing, and economic opportunity for New Yorkers — not just areas where there is a rezoning.

Finally, Mayor Adams announced the Building and Land Use Approval Streamlining Task Force (BLAST) — a coordinated effort across a dozen agencies to cut red tape, streamline processes, and remove administrative burdens that are slowing down the city’s economic recovery.

BLAST will speed up the city review process of private applications for new investments in neighborhoods across the city.

“Mayor Adams’ announcement today to modernize the city’s zoning code is long overdue,” said New York City Council Majority Leader Keith Powers. “I’m happy to join Mayor Adams in calling for an end to zoning that ends the harmful remnants of the Cabaret Law. After such difficult times, New Yorkers deserve the right to dance freely and celebrate our great city. This is a great dance, dance, resolution.”

“Mayor Adams’ progressive agenda — which advocates for Zoning for Zero Carbon, amends zoning codes to increase opportunities for more affordable housing, and enriches communities through the creation of new transportation hubs with neighborhood plans — will foster efforts to make New York City more livable and equitable,” said Benjamin Prosky, executive director, American Institute of Architects New York — Center for Architecture. “Architects and designers look forward to working with the mayor to give form to these ambitious land-use policies with a dedication to innovation, sustainable practice, and design excellence.”

“Now that the historically discriminatory Cabaret Law was repealed, we applaud Mayor Adams for taking the next critical step to eliminate the dancing prohibition at so many of our city’s restaurants, bars, and nightclubs,” said Andrew Rigie, executive director, New York City Hospitality Alliance. “This is not Footloose, and the city should not be telling businesses their customers can’t dance; rather they should encourage self-expression through dance and support our small businesses while implementing proper safety protocols and policies at our local venues. We look forward to working with Mayor Adams’ administration, Department of City Planning Director Dan Garodnick, and the City Councill to get our city’s groove back.”

“The Building Congress’ number-one priorities for construction growth, as announced in our ‘100 Years: Policy’ report last month, call for streamlined approvals, more flexible zoning rules, and elimination of obsolete zoning distinctions,” said Carlo A. Scissura, president and CEO, New York Building Congress. “Mayor Adams is hitting it out of the park with today’s announcements. We applaud his moving to eliminate burdensome red tape and look forward to working hand-in-hand with his administration to ensure smooth, safe transitions with the changed rules and regulations.”

“We are thrilled at the expansion of Metro-North to four additional communities in the Bronx. The East Bronx has historically been a transit desert; however, the addition of the Morris Park station will create accessible and affordable transportation, a catalyst for economic development,” said Lisa Sorin, president, the New Bronx Chamber of Commerce. “The Morris Park station alone will foster thousands of new high-paying jobs, while also providing easy access to various large-scale employers such as the Hutch Metro Center and Montefiore Hospital. Overall, it is safe to say that the addition of convenient, safe transit will be transformative for the Morris Park area.”

“New York City is ready to get back on its feet, and Mayor Adams understands that our city will never fully thrive until every New Yorker can afford their rent or fulfill their dreams of homeownership,” said William Thomas, executive director, Open New York. “The Adams administration knows that the city’s recovery shouldn’t just aim for a return to the status quo — it must seize this moment as a historic opportunity to build housing to benefit the city as a whole. We need bold thinking and big ideas to tackle a housing crisis that has driven rents to sky-high levels, locked young people out of homeownership, and forced lvong-time residents out of the neighborhoods they helped build.”

“Zoning for Zero Carbon is a forward-looking plan to ensure the city continues to innovate and build with a focus on eliminating greenhouse gas emissions and fossil fuels,” said Julie Tighe, president, the New York League of Conservation Voters. “By removing obstacles to deploying new clean energy storage and electric vehicle charging infrastructure, and making it easier to retrofit buildings for sustainability, the city is removing barriers to clean, green progress. The League appreciates the mayor and Department of City Planning for this creative step to move us toward a greener New York City.”

“This is yet another smart strategy from the Adams administration to unleash economic growth,” said Jessica Walker, president, and CEO, of Manhattan Chamber of Commerce. “We must make it easier for entrepreneurs to do business here, and the easing of these zoning restrictions goes a long way toward that goal.”

“We are so excited that the Adams administration is being bold about increasing housing opportunities all across the city,” said Sarah Watson, interim executive director, Citizens Housing and Planning Council (CHPC). “As we face concurrent crises of housing affordability and homelessness, racial and economic inequality, and climate change, we are desperate for new safe and legal housing options for New Yorkers, especially in neighborhoods where new housing opportunities have been limited and our housing supply cannot keep up with our demand pressures. Zoning changes are a powerful tool to create a clear pathway to a more equitable and inclusive city, and we laud the administration for putting forward a strategy for citywide zoning reform that will allow us to move onward and upward. We look forward to offering CHPC’s practical recommendations, especially on the facilitation of accessory dwelling units, as the technical details roll out.”

“The mayor has put forward a proactive framework for achieving several objectives needed for a strong economic recovery, including fostering vibrant commercial corridors, encouraging sustainability, and creating more housing,” said James Whelan, president, the Real Estate Board of New York. “We look forward to working with City Planning and other stakeholders to see this framework come to fruition.”

“Solving New York’s housing crisis requires a new approach that incorporates all of the city, not just a few neighborhoods,” said Tom Wright, president and CEO, of Regional Planning Association (RPA). “RPA is excited to work with Mayor Adams to ensure that these opportunities are more equitably distributed across the city. We also applaud the Adams administration’s leadership in proactively planning for the new Metro-North stations in the Bronx that will be part of Penn Station Access. This package of reforms is a unique opportunity to pair accessibility, affordability, and sustainability.”

“The Adams administration is proposing a necessary update of our 1960s-era zoning code that will support New York’s transition to a digital economy and to a more livable and affordable city,” said Kathryn Wylde, president and CEO, Partnership for New York City. “This is a critically important undertaking.”