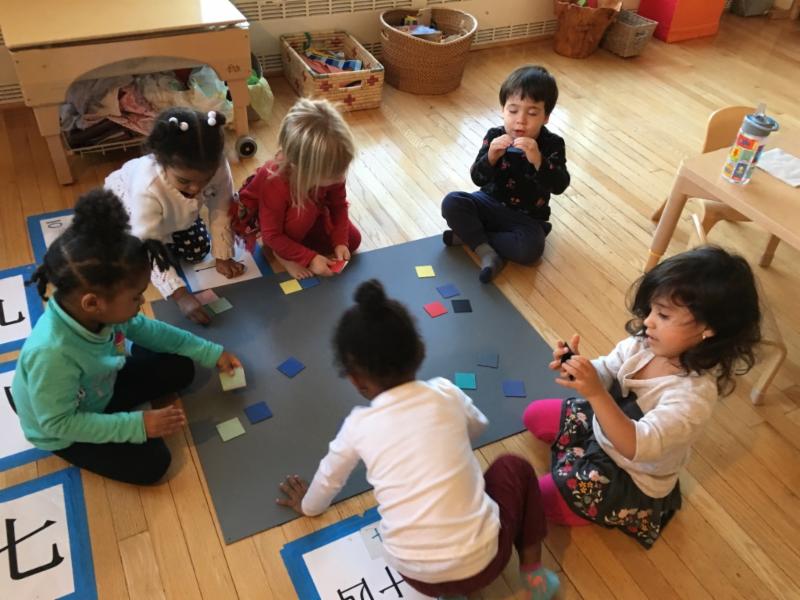 The funding, announced at Robin Hood’s annual benefit to support poverty-fighting efforts in New York City last night, includes $50 million from Robin Hood and $50 million in additional funding through the city over the coming four years, as a result of state and federal block grant funding.

The Childcare Quality and Innovation Initiative will be part of the Adams administration’s broader childcare plan, which will be released in the coming weeks.

“Investing in childcare is a down payment on progress and the future of our kids. We need to get New Yorkers back to work and lower the cost of childcare — both of which will uplift families and remove the obstacles that are holding too many parents back,” said Mayor Adams. “We’re excited to partner with Robin Hood on this $100 million Childcare Quality and Innovation Initiative to not only position New York as a leader in the sector, but to take major steps towards a new, more equitable city for all.”

“The partnership between Robin Hood and City Hall to build the Childcare Quality and Innovation Initiative fundamentally transforms childcare for working families across New York City,” said Deputy Mayor for Strategic Initiatives Sheena Wright. “For too long, families —  largely women and women of color — encountered a host of hurdles to get access to quality childcare. With this $100 million commitment, we are one step closer to building a childcare system that finally works for New Yorkers.”

“As we recover from the pandemic, poverty remains persistent and pervasive in New York City, but we know investing in high-quality, affordable childcare will uplift families in all five boroughs. Access to high-quality and affordable childcare sets a child up for success to excel developmentally and academically and gets parents back to work — it’s good for the economy and good for fighting poverty,” said Robin Hood CEO Richard R. Buery, Jr.“That’s why we brought together our generous supporters and Mayor Adams at Robin Hood’s 2022 Annual Benefit and are committed to investing $100 million into reimagining New York City’s childcare sector and giving every family the opportunity to break the cycle of poverty.”

The Childcare Quality and Innovation Initiative will seek to make high-quality, affordable childcare more accessible, while improving the quality of care provided to New York children.

This new funding can be used to develop innovative solutions to the sector, such as expanding access in childcare deserts — neighborhoods without enough licensed childcare providers, providing options beyond traditional working hours to accommodate parents with atypical schedules, and workforce development programs that help drive quality across New York City, including encouraging models that compensate providers more fairly, reduce turnover, and create opportunities for growth within the sector.

Research has shown that the most impactful poverty-fighting investment we can make starts in infancy, providing returns to society that far outweigh the costs.

Currently, though, more than half (52 percent) of New York City families with children under age four cannot afford childcare, and since the start of the pandemic, one in four parents have had to turn down a job, change jobs, or take leave due to childcare needs.

Currently, there is only one available childcare slot for every five infants in New York City.

Today’s announcement of the Childcare Quality and Innovation Initiative builds upon the Adams administration’s call for public-private partnership in New York City and marks an unprecedented opportunity to collaborate on catalyzing improvements in childcare that will have lasting impacts for generations.