‘Just As I Am’, Cicely Tyson To Do Memphis ‘Virtual’ Book Talk 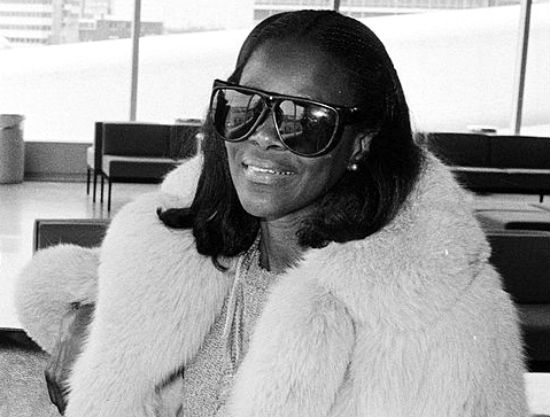 Iconic actress Cicely Tyson will participate in a talk with Whoopi Goldberg and in a live question-and-answer session in a January 28, 2021, “virtual” event co-hosted by Novel, the Memphis bookstore.

The event is a promotion for Tyson’s new autobiography from HarperCollins, “Just As I Am,” in which the 96-year-old Harlem-born actress and activist presents what she calls, in a press release, “my truth.”

“It is me, plain and unvarnished, with the glitter and garland set aside,” says Tyson, in the release. “In these pages, I am indeed Cicely, the actress who has been blessed to grace the stage and screen for six decades. Yet I am also the church girl who once rarely spoke a word. I am the teenager who sought solace in the verses of the old hymn for which this book is named. I am a daughter and mother, a sister, and a friend. I am an observer of human nature and the dreamer of audacious dreams. I am a woman who has hurt as immeasurably as I have loved, a child of God divinely guided by His hand. And here in my ninth decade, I am a woman who, at long last, has something meaningful to say.”

The event will be at 5 p.m. Jan. 28. The pre-recorded talk with Goldberg will be followed by a live Q&A with Tyson that will be open to all ticket-holders, in Memphis and elsewhere.

Tickets are $32 each, which basically covers the cost of the book. Ticket-holders will be sent an email link the day before the event.

Kat Leache of Novel said the bookstore at 387 Perkins Ext. in East Memphis is one of a limited number of independent bookstores that were invited by HarperCollins to participate in the Tyson event.

“The more people in Memphis we can get to buy tickets, the more it benefits the store,” she said.

She said “multi-store” virtual events showcasing celebrated authors are a trend in publishing that will outlast the pandemic. “This is a way for the industry to share these really, really big names with the audience,” she said. “Cicely Tyson is in her 90s, she probably would not have done a book tour in person.”

Tyson is an Emmy- and Tony Award-winning actress, and she has been nominated for an Academy Award. In 2016 she received the Presidential Medal of Freedom from Barack Obama.

To order a ticket, visit novelmemphis.com.