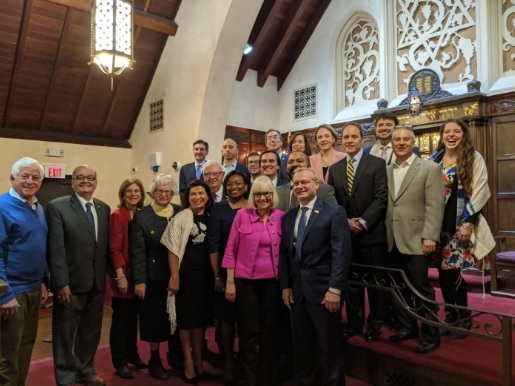 It’s a “Meet a Jew. Make a Friend,” pop-up, with Allison Josephs aka Jew in the City and a small group of ordinary people who happen to be Hasidic and a cross-section of other Orthodox Jews.

Jew in the City becomes the first Jewish group to engage in active outreach in a minority community during the ongoing rash of antisemitic assaults and attacks. Passersby will have an opportunity to meet and interact with Orthodox Jews, possibly for the first time, and vice versa.

“While it’s wonderful for elected officials and others to attend marches and offer platitudes, they fail to address the core issue, which is not enough exposure between groups of people. When people see each other as labels and not fellow human beings, walls go up, suspicion goes up, and hate goes up. When there is dialogue, there is a chance for common humanity to be shared and to learn about one another. We’re coming to Harlem this Monday to start a dialogue.”

Using multiple online platforms, @JewInTheCity has been reversing negative associations about religious Jews since 2007 by highlighting an approach based on kindness, tolerance, sincerity, and critical thinking and makes engaging and meaningful Orthodox Judaism known and accessible. With hundreds of thousands of annual visitors and followers online and millions of YouTube views, the JITC team publicizes the message that Orthodox Jews can be funny, approachable, educated, pro-women and open-minded—and that Orthodox Judaism links the Jewish people to a deep and beautiful heritage that is just as relevant today as it ever was.

Allison Josephs is the founder and director of Jew in the City.  She has been involved in the field of Jewish outreach for twenty years. She is the Partner in Torah

mentor to actress Mayim Bialik, was named one of NJOP’s Top Ten Jewish Influencers, and was one of the Jewish Week’s 36 under 36. She is a sought-after international lecturer and cultural diversity trainer whose corporate clients include Con-Edison and NYU Langone. She hosts a weekly radio show on the Nachum Segal Network. Allison received her Bachelor of Arts from Columbia University in Philosophy and lives with her husband, four children, and a very cute dog, minutes from the George Washington Bridge.