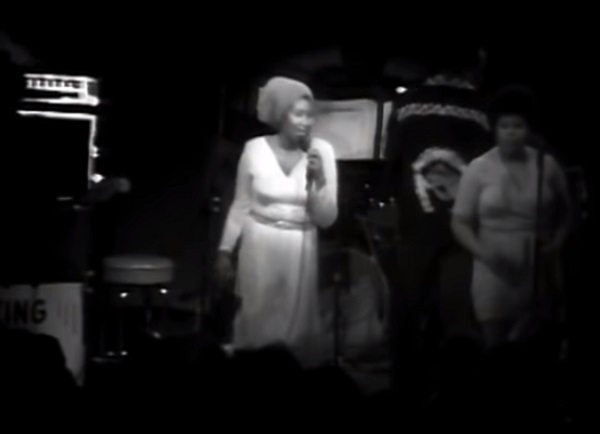 Aretha Live at Fillmore West recorded on March 7th, 1971, is the second live album by American singer Aretha Franklin. Released on May 19, 1971 by Atlantic Records. It was reissued on compact disc in 1993 through Rhino Records. An expanded, limited edition 4-CD box set entitled, Don’t Fight The Feeling: The Complete Aretha Franklin & King Curtis Live At Fillmore West was released by Rhino in 2005. This was limited to 5000 numbered copies. In addition, there is a guest duet vocal by Ray Charles on “Spirit in the Dark”.

Grab a chair and a cold one, here’s the full concert:

Franklin played a Fender Rhodes piano on four cuts, including “Eleanor Rigby”, “Spirit in the Dark”, “Don’t Play That Song” and “Dr. Feelgood”. Backing Franklin was King Curtis’ band, the Kingpins, featuring Cornell Dupree on guitar, Bernard Purdie on drums, and Jerry Jemmott on bass, Billy Preston on organ, Curtis on saxophone, together with the Memphis Horns.