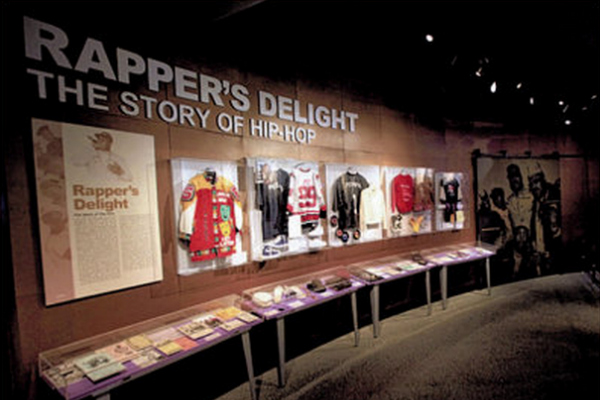 Bluebox Entertainment is proud to announce that the Official Hip Hop Hall of Fame Museum & Hotel has finally signed a term sheet to acquire its Harlem building and development site on 125th St for its long awaited Uptown Manhattan project. The Hip Hop Hall of Fame team is now actively engaged in its capital campaign to complete its next round of $5M to close escrow on the site, and another $10M to complete its building & hotel design revisions, and building permits phases to break ground and open in 2020-21.

The Hip Hop Hall of Fame has also finally decided to open up the project to “Private and Institutional investors & Hip Hop Moguls” to be partners in the ownership and development Hip Hop Museum’s Hotel, Residential, and Retail components at the mixed use facility. The first ever ‘Hip Hop Stock Offering’ when completed. “This concept is not new, but revolutionary in Hip Hop Music, Culture, and Business circles and fits in with our community socio-economic empowerment mission objectives of harnessing the ‘Power of Hip Hop’ by leading the way promoting investment and ownership of real estate in Urban Development and Opportunity Zone Infrastructure projects by the Hip Hop Moguls, Athletes, Celebrities and Community,” according to JT Thompson, the Creator/Executive Producer of the first ever Hip Hop Hall of Fame Awards ‘Induction Ceremony & Concert’ TV Show on BET in the 1990’s, and Founder/CEO of the Hip Hop Hall of Fame + Museum.

The Hip Hop Hall of Fame Museum & Hotel Mega-Entertainment Retail Complex project in #Harlem2020 is seeking to raise the final $15M to close development site acquisition quickly with backers and partners, to be in position to complete its final designs and building construction permit process to break ground and open in late 2020-21. The proposed 20 story 140,000 square foot building design concept to feature a Hall of Fame, Museum, 5 Star Hotel, Residential Apartments, Retail Mall, Gift Shop, Arcade, TV Studios, Sports Bar, Restaurant & Concert Lounge that will produce over 100 live events and concerts annually is being billed as the new ‘Urban Theme Park’. It is estimated that the facility will serve up to 1,000,000 local, national, and international visitors annually including fans, tourists, students, culture enthusiasts, and families on educational and entertainment excursion tours and produce a $350M socio-economic impact in the area.

The HHHOF will be announcing a new major hire who is a world renown Architect in the coming months who will expand upon the initial museum design renderings adding international flair and sustainability. “This is a multi-generational once in a lifetime development project for hip hop music & culture history as the HHHOF will be the first major hip hop development project who will own its own land, and control its own design and construction processes adding minority hiring and job training programs. The HHHOF will also in turn be the first hip hop museum and development who will then ‘own and operate’ with its major partners the total real estate development including the Museum, Hotel with management training programs, Residential Housing, Retail Mall, Restaurants, Performing Arts Education & Media Tech Center, and Live Entertainment Venues which is an historical turning point in African-American history, and in American music history,” says Founder/CEO JT Thompson. All of these components and elements increase the overall sustainability and viability of the Hip Hop Museum project and its ongoing operations with multiple attractions, and strategic investment partnerships for many generations on the level of our real peer institutions like the Rock n Roll Hall of Fame, the Country Music Hall of Fame & Hotel, Grammy Museum, and our colleagues at The NMAAM in Nashville, and the National African American Museum in Washington DC.

Related:  Predatory Lending In Harlem May Be Responsible For Natasha Leggero's Career

“What sets the Official Hip Hop Hall of Fame + Museum apart to lead the field is that we will be the only branded ‘Hip Hop Hall of Fame Museum’ in the World that we established long ago ahead of our time when we produced our trademark flagship Hip Hop Hall of Fame Awards ‘Induction Ceremony & Concert’ TV Show that aired in National Syndication Television and on the BET Cable Network in the 1990s to be the fundraising catalyst to build the Hip Hop Museum. Inducting Run DMC & Jam Master Jay, DJ Kool Herc, DJ Red Alert, Grandmaster Flash, and recently Mr. Magic of WBLS Radio New York, The Sugarhill Gang, The Mercedes Ladies, The Sequence, DJ Hollywood, Famed Photographer Ernie Paniccioli, WildStyle the Movie & Charlie Ahearn, Graffiti Legends Stay High 169 & Cornbread, Original B-Boy dancers The ‘N-Twins’, Ralph McDaniels & VideoMusicBox, Spoonie Gee & The Treachorous Three, Busy Bee Starski and more…,” states show Creator/Executive Producer JT Thompson. The HHHOF Museum & Hotel also has partnership expansion plans in the works for Midtown Manhattan and other geographical areas in the world.

The Hip Hop Hall of Fame + Museum is Chartered non-profit 501 (c)3 Museum and Educational Institution whose mission is to Preserve, Archive, Exhibit, Educate, and Showcase Hip Hop Music & Culture from around the world. To also conduct Research and Studies documenting hip-hop’s historical influence on American Pop Culture and its Socio-Economic Impact on Societies and Trends around the world. The HHHOF goal is to promote healthy lifestyles & drug free / education zones with messaging to kids and youth as Hip Hop Music is now the world’s biggest selling and streaming music genre that permeates in all facets of society and commerce globally.

Fans can support the HHHOF by getting a VIP Membership online with special benefits that includes having their name & video on our real ‘Fan Wall of Fame’ Interactive Exhibit in the museum, and by volunteering, supporting Hip Hop Health Month, the HHHOF #HipHopEd in-school Arts & Media programs and by following at Official website http://hiphophof.org, Twitter http://twitter.com/hiphophof, FB http://facebook.com/hiphophalloffame, IG http://instagram.com/hiphophalloffamemuseum