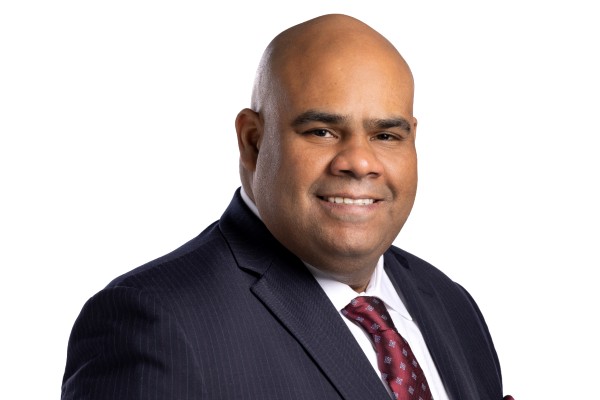 The Police Athletic League (PAL) Board of Directors and President David J. Arena announced the appointment of East Harlem native Carlos Velazquez as the new Executive Director beginning on January 31, 2022.

PAL, a nonprofit organization, has served New York City’s youth for over 100 years.

Throughout Mr. Velazquez’s 20-year career in public service, he has been dedicated to addressing the needs of underserved youth and cultivating strategic relationships with community partners and government agencies.

Prior to joining PAL, he was the Chief Program Officer for the Boys’ Club of New York where he led all aspects of expansion and program development.

Mr. Velazquez has previously held positions as Boys’ Club Gerry Clubhouse Director, in addition to leadership roles at KIPP NYC, Harlem Children’s Zone, East Harlem Tutorial Program, the Center for Supportive Schools, and Let’s Get Ready. He was born and raised in East Harlem and currently resides in Brick, NJ.

Mr. Velazquez has worked with a wide range of partners within the youth development, education, law enforcement, and justice systems including NYPD, FDNY, Department of Youth and Community Development and the New York City District Attorney’s Office.

“We are pleased to welcome Carlos Velazquez as PAL’s new Executive Director,” says PAL President David J. Arena. “Mr. Velazquez has a solid foundation of experience in managing complex and multidisciplinary programming for the Boys’ Club of New York and has maintained vital partnerships in law enforcement and youth development. He also possesses the necessary skills required for the implementation and execution of our strategic goals and initiatives. Carlos has deep roots in the communities we serve, and thousands of PAL children and families will benefit from his leadership and dedication.”

PAL operates 27 youth centers and sites throughout the five boroughs with a budget of approximately $30 million.

“I am thrilled and honored to lead an organization with a rich history and legacy of serving New York City families,” says Carlos Velazquez, PAL Executive Director. “As a native New Yorker with a passion for helping young people reach their fullest potential, I cannot think of a better place to continue my career in public service. Our communities are living through a pivotal time, and PAL will continue to be a safe place where youth can build relationships and emerge as leaders.”

Mr. Velazquez was awarded a commendation from the New York City Comptroller’s Office, the 2018 Community Service Award from the FDNY Hispanic Society, and the 2011 Pasesetter Award from the Partnership of Afterschool Education.

Mr. Velazquez succeeds Frederick J. Watts as the Executive Director of the Police Athletic League. Mr. Watts announced his plans for retirement in January 2021 and recently passed away on December 23, 2021.

The PAL Board of Directors and staff mourn his loss and honor and appreciate his seven years of service to New York City’s children.