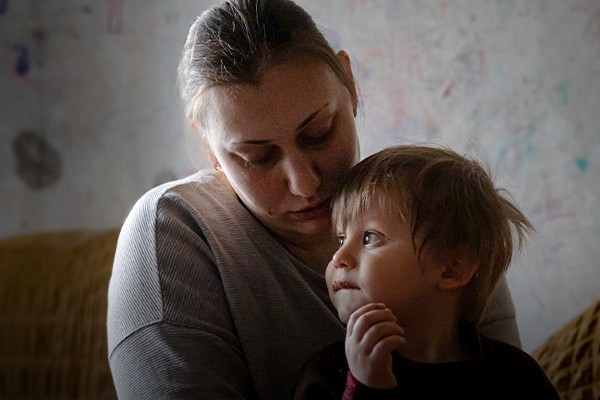 Out of the goodness of their hearts, people around the world are supporting the people of Ukraine as the country’s war against Russia drags on. Some are doing that by making monetary donations, but doing so can be risky.

When people look for ways to give, the emails they receive, social media posts they read, or the search results they find are pockmarked with scammers trying to siphon off donations into their own pockets.

The scams are your typical bleeding heart cons dressed up in the blue and yellow colors of the Ukrainian flag and adorned with official-looking logos.

When ConsumerAffairs ran a sample “I want to make a donation to Ukraine” search online, we found 927,000 results. Needless to say, it’s doubtful all of those are legitimate.

Shortly after the Russian invasion of Ukraine, a rather ingenious idea popped up in which people booked stays at Airbnb locations in places like Kiev to get money directly into Ukrainian bank accounts.

But rather than actually going there, kind-hearted souls left the Airbnb hosts a note saying they wouldn’t actually become and they should use the money as their version of humanitarian aid. Unfortunately, that good intention went bad.

“While the Airbnb donation program is a wonderful idea and has been helpful, due to ghost listings and scammer exploitation, Airbnb has cracked down considerably which has inhibited the flow of funds to those in need,” Adam Levin, former Director of Consumer Affairs for the State of New Jersey and author of the security manifesto Swiped, told ConsumerAffairs.

“If you are still inclined to give through the Airbnb network, confirm that the listing has been established over time,” Levin suggested. “[But] be suspicious of multiple listings, it could be a company trying to profit from the outpouring of support rather than a family in need.”

Other new scam twists to be aware of

As scammers become more sophisticated, it’s becoming increasingly difficult to instantly spot a potential scheme. Thankfully in this situation, there are lots of organizations stepping up to stop scammers from making money off of human tragedy.

While bad spelling and grammar and requests for gift cards are still hallmarks of a scam, ConsumerAffairs went looking for new wrinkles that might help out in today’s more refined scam world.

Here’s what we found:

Websites that have “Ukraine” in the URL. Anyone — including scammers — can register a domain name that contains nearly every possible combination of words.

Security researchers at ESET have already done some homework on fake URLs and found several Ukraine-related domains that people should “be wary of.”

More than 50 results popped up when we looked for Facebook groups relating to “Help Ukraine.”

“Be skeptical of social media posts that promote a charity unless you verify that the organization is legitimate.

The friend recommending it may not have done their research and the number of likes for a social media post doesn’t say much about its legitimacy, either,” the ESET researchers said.

How to find out if a charity is truly legitimate?

Consumers who want to verify that the charity they’re giving to is legitimate can use Candid and CharityNavigator.

In its coverage of the Ukrainian donation situation, the Council on Foundations appeared to be a big cheerleader of Candid.

It credited the organization with tracking 310 Ukraine-related grants valued at $443 million and an additional $333 million in pledges.

The Council on Foundations also offers thoroughly-vetted response funds that people can feel safe donating to, as well as non-profits for people who are sympathetic to those impacted in Russia.

“You should also check with your state’s Bureau of Charities,” Levin told us. “They’re usually part of the State Division of Consumer Affairs or the Office of the Attorney General in your state.”