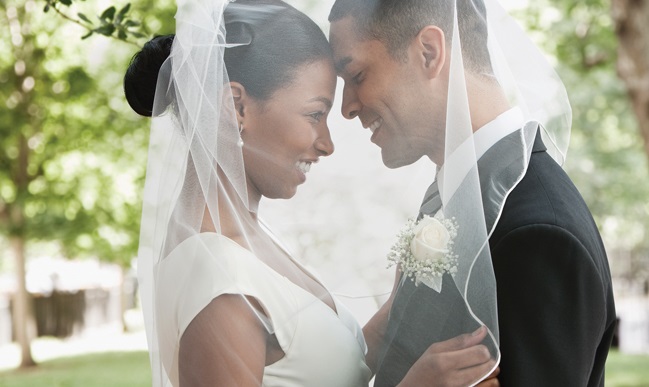 Once you get past the cost of getting engaged and married, it turns out that married people actually have a far higher chance of building wealth than their single counterparts.

This is because when people get and stay married, a number of doors are opened up to them, from tax privileges to more workplace benefits. These are the five areas in which married couples are building wealth more than singles.

Married Couples Share Debt, But Also Pay it Off Together

It’s not uncommon for married couples to bring debt to a marriage. But the married couple also has the chance to commit to a debt repayment strategy that enables them to pay it off far quicker than either partner could have done alone.

When you’re single, you need to buy everything yourself. For example, if the washing machine goes out, you need to buy a new one. And your only health insurance option is through your employer. But when you partner up, you can make those financial decisions (and payments) together.

Suddenly you can both contribute toward the new washer and choose the health insurance policy that’s least expensive with the best coverage. These seemingly insignificant decisions can actually lead to a greater ability to divert money toward other wealth-building goals.

A single person is often responsible for doing it all: laundry, dishes, cleaning, shopping, caring for kids. And that often means less time to put towards earning more money. But in a marriage, one spouse may work late while the other gets the kids from school and does the shopping. So purely having someone to split responsibilities with could result in greater earning potential for married couples.

There are several tax advantages to being married, including:

While tax benefits certainly aren’t a reason to tie the knot, it’s smart to work with a financial professional or tax planner after you get married to ensure you’re maximizing deductions and tax credits.

Married Couples Give Half as Many Gifts

When two become one, so do the holiday gifts. Whereas a couple may have each given a mutual friend a birthday gift before they wed, they can now consolidate and give a single gift. Especially during major gift-giving holidays, this creates significant savings vs. the single person coming out of pocket with gifts for everyone.

Over a lifetime, married couples generally amass more wealth than those who are single. Some major aspects that impact the wealth-building potential of married couples are paying down debt together, splitting expenses, sharing household responsibilities, receiving tax benefits, and giving fewer gifts. So if you’re thinking about tying the knot, consider the financial benefits of falling in love too.