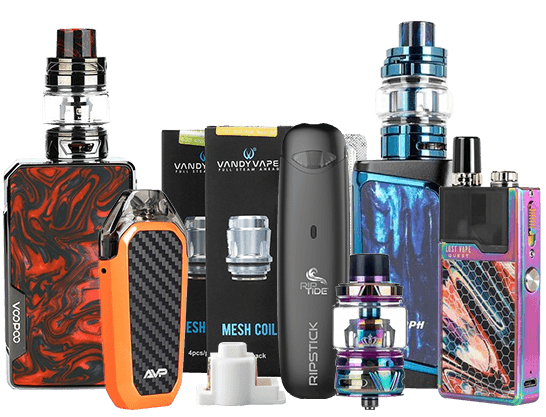 “E-cigarettes threaten decades of progress we have made in fighting youth nicotine use,” said Health Commissioner Dr. Oxiris Barbot. “Our data show that Big Tobacco is luring young New Yorkers into nicotine addiction with flavors that appeal to kids. Adding the taste of bubblegum and cotton-candy to this unregulated product should not obscure how dangerous it can be.”

“E-cigarette use is harmful, and in partnership with the Health Department, we are educating students and families about its risks,” said Schools Chancellor Richard A. Carranza. “We issued guidance to schools this spring and will re-issue it this fall, and we’ve made information available for school, students, and families in multiple languages. We’re thankful for the partnership of the Health Department in these efforts, including collecting and compiling this data so we can understand the problem we’re facing and address it.”

One pod of a popular e-cigarette, JUUL, can contain as much nicotine as a whole pack of cigarettes. Nicotine can change the chemistry of the teen brain; it can worsen memory and concentration, decreasing learning ability. Along with nicotine, the aerosol from heated e-liquids can also contain harmful chemicals like formaldehyde (cancer-causing chemical), benzene (cancer-causing chemical), diacetyl from flavoring (linked to lung disease), and heavy metals (such as nickel, tin, and lead). Bystanders can also breathe in these chemicals through the air.

“These numbers confirm that e-cigarette use has not only reached epidemic levels among high school students in New York but is now a major threat to middle school students,” said City Council Health Chair Mark Levine. “Big Tobacco companies have spent years selling vaping products in an array of enticing candy-like flavors that are clearly designed to hook young people and this study shows that those efforts have been successful. As a city, we must act now to ban flavored vaping products. There is no single step we could take that would do more to protect young people from the dangers of this addiction.”

“New York City has made significant strides in reducing tobacco use among youth as well as adults. But with growing concern over the health risks of vaping, and reports of vaping-related fatalities, it’s important that the Health Department is compiling data on the alarming numbers of middle school kids using e-cigarettes and renewing its focus on anti-vaping awareness and prevention efforts,” said Assembly Member Richard N. Gottfried, Chair of the Assembly Health Committee.

“Combatting vaping and e-cigarette usage in our middle-school population has been a priority of my office for some time now,” said Staten Island Borough President James Oddo. “We consistently use social media and other methods of outreach to make parents aware of the horrible dangers of vaping, and to be on the sharp lookout for its usage by their kids.”

“These statistics are exactly why we need to restrict the sale of all flavored tobacco products in New York City, including e-cigarettes and menthol cigarettes,” said Michael Davoli, director, New York Metro of the American Cancer Society Cancer Action Network. “Countless New Yorkers continue to lose their lives to tobacco each year. Recent spikes in the use of e-cigarettes make clear that more must be done to regulate tobacco products and the industry’s deceptive marketing, particularly the use of flavors to hook children to their products. To turn the tide in the fight against cancer and prevent a generation of kids from becoming addicted to nicotine, we must restrict the sale of all flavored tobacco products, including electronic cigarettes and close the menthol loophole.”

“Young people in New York City are getting hooked on nicotine through vaping as early as in middle school, which elevates their risk of developing severe addiction,” said Lisa David, President and CEO of Public Health Solutions. “People who use e-cigarettes are more likely to eventually try traditional cigarettes, and growing evidence points to vaping’s serious health consequences. New York City needs a comprehensive ban on flavored e-cigarettes, including menthol flavors, to deter young people from using these products. As a national leader in tobacco control, our city must take bold action to protect our children now.”

“We have been seeing a surge in tobacco use among youth – and we know that flavored e-cigarettes are part of the reason why,” said Michael Seilback, National Assistant Vice President for State Public Policy at the American Lung Association. “Big Tobacco has been using this ‘flavor trap’ for years to dupe kids into thinking that they are safe and kid-friendly, while they ultimately become addicted to dangerous tobacco products. If New York City wants to lead the way in reducing youth tobacco use today and in the future, they will act to prohibit the sale of all flavored tobacco products.”

“It’s time to send a message to these companies: we won’t allow you to hook a new generation with your dangerous and highly addictive nicotine products,” said Robin Vitale, Vice President of Health Strategies, American Heart Association in New York City. “Flavored tobacco and e-cigarette products entice young people. The American Heart Association strongly advocates for a comprehensive solution to this health crisis. The New York City Council must pass Int. 1362 and Int. 1365, a legislative package that bans the sale of flavored e-cigarettes and restricts the availability of dangerous combustible menthol tobacco.”

Legislation currently under consideration by the City Council (Int. 1362, Levine) would ban the sale of flavored e-cigarettes in New York City. Commissioner Barbot testified in support of the legislation at a City Council hearing on January 30, 2019.

New York City has adopted various laws to prevent and reduce the use of e-cigarettes, including: banning the sale of all tobacco products and e-cigarettes to anyone younger than 21 and prohibiting the use of e-cigarettes in all places where smoking is prohibited, including residential common areas, restaurants, sports arenas and workplaces. In 2018, a new mandatory license for retailers selling e-cigarettes went into effect, along with a cap on the total number of available e-cigarette licenses in each community district.

The Health Department, in partnership with the Department of Education, has developed guidance for principals and staff on e-cigarettes and vaping, including educational materials for all New York City public school children and parents:

In June 2019 the DOE, in partnership with the Health Department, issued updated guidance to all schools regarding the risks vaping poses to students, and directed principals to these parents- and youth-facing fact sheets with their school communities, available in multiple languages. The DOE’s updated Discipline Code, also updated in September, explicitly prohibits the possession and/or use of electronic cigarettes and vaping devices in schools. Tobacco, drug and alcohol use prevention is part of comprehensive health education and is included in DOE’s recommended curriculum to help students learn skills related to decision-making, self-advocacy, and peer influences. The DOE’s SAPIS (Substance Abuse Prevention and Intervention Specialists) program provides a range of prevention and intervention services in grades K-12.

For additional resources, including health information, advice for parents, details about local laws, and guidance for clinicians, visit nyc.gov and search “e-cigarettes.”